Celtic Quick News on News Now
You are at:Home»Latest News»GRIFF TARGETS ‘HATE’ VENUE: ‘I WAS BORN FOR IBROX’
By CQN Magazine on 8th March 2020 Latest News

TREBLE-SHOOTER Leigh Griffiths reckons he was born to play at Ibrox.

The comeback Celtic striker fired in an unstoppable hat-trick in the champions’ 5-0 romp against St Mirren at Parkhead yesterday.

Griffiths then pleaded with boss Neil Lennon to let him loose on Steven Gerrard’s ailing side in Govan a week today.

The born-again hitman sizzled against the Saints with Odsonne Edouard and Callum McGregor (pen) adding to the rout with second-half efforts to propel the Hoops 16 points ahead at the top of the Premiership as they zero in on a record-equalling ninth successive title.

Griffiths has struck eight goals since the turn of the year and his sights are now on continuing the good work across Glasgow where he insists he rises to the occasion because he knows he is HATED at the venue.

The 29-year-old frontman, speaking to the Sunday Mail, said: “Am I ready for Ibrox? I was born for Ibrox. I’ve never been beaten there with Celtic.

“If the manager starts me – or has me on the bench to make an impact – I’ll be ready to go. I’m desperate to play in a game of that magnitude, but it’s up to the gaffer.

“There will probably be 10 players just itching to get on the bench, so he’s got a tough job.

“I’m not sure why Ibrox brings the best out in me. But it’s the same when I go to Tynecastle. 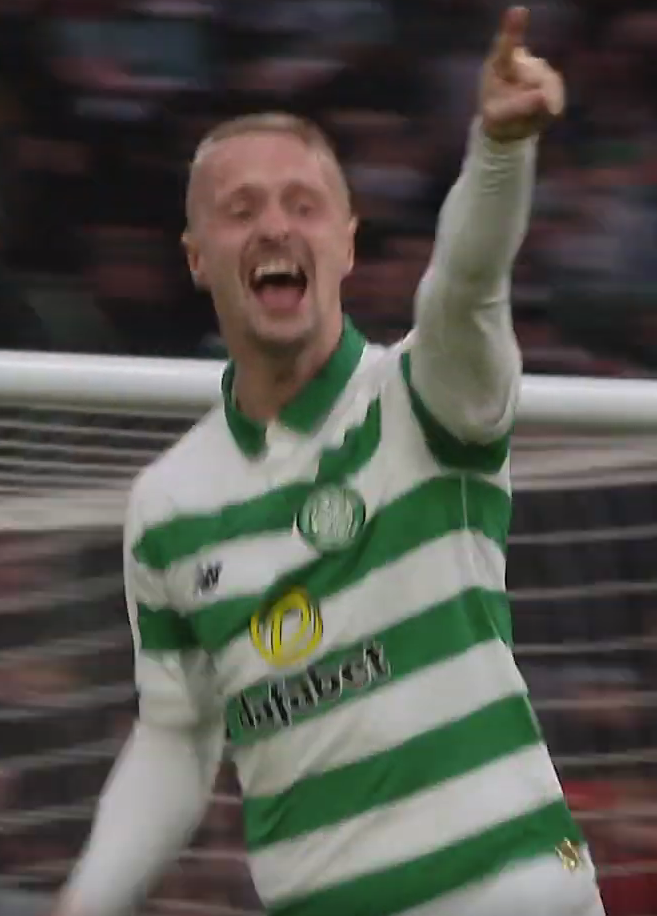 “It seems to be a place where people hate – and I thrive on that kind of pressure. These are the games you always want to play in, big derby games against your rivals.

“We’re going there for another three points. We know it will be difficult because they will be fired up.

“They’ve not been playing well, but they’ll want to prove a point against us.

“We went to Ibrox earlier in the season and dominated from start to finish to win 2-0.

“Hopefully, we can replicate that same type of performance next Sunday.”

Griffiths claimed his first treble since January 2016 and believes he is regaining his best form.

He added: “I didn’t know it was four years since my last hat-trick. I couldn’t remember the last one I got.

“But taking the matchball home is always good and I just wanted to put myself in contention for the Rangers game next week.

“The more minutes I get on the pitch, the more opportunities I’ll get to score.

“Everyone could see how well myself and Odsonne linked up with us both getting on the scoresheet.

“There’s definitely more to come from me. I can still get fitter and work on my game.”

LETHAL LEIGH LASHES IN A HAT-TRICK