IT’S many Hoopy returns to Leigh Griffiths who celebrates his 28th birthday today.

And the Celtic striker hopes to become a Century Bhoy against FK Suduva in the first leg of the Europa League play-off in Lithuania on Thursday night.

Griffiths claimed his 99th goal for the Parkhead outfit when he thumped in the opener in the 3-1 Betfred League Cup triumph over Partick Thistle at Firhill on Saturday.

The Scotland international attacker is relishing another opportunity to become the first Celt since John Hartson to reach the landmark. 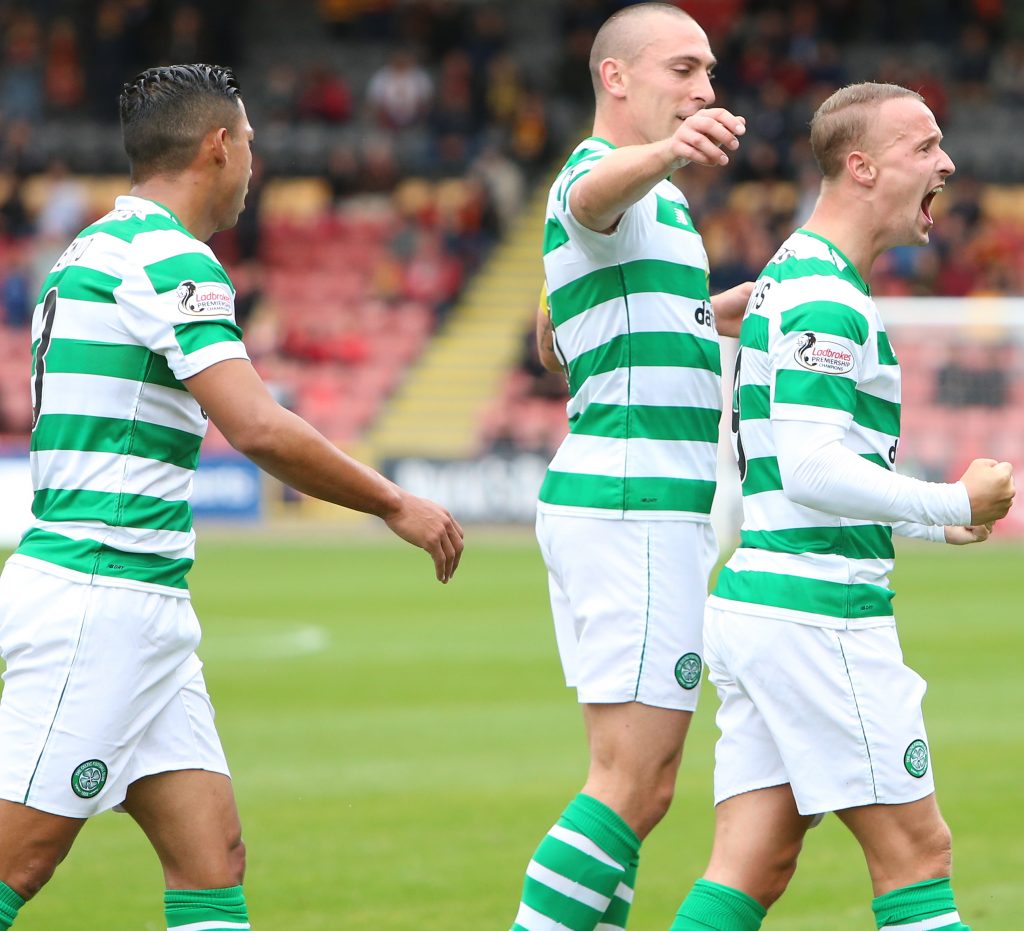 CRY OF JOY…Leigh Griffiths shares his delight with Emilio Izaguirre and skipper Scott Brown after his 99th strike for the Hoops. Pic: Geo.

He said: “I will take them all, regardless if it’s a 30-yard screamer or a one-yard tap-in. Obviously, I got the goal early and I was thinking, one more chance and I’ll try and put it away.

Griffiths featured for just over an hour before being replaced by Moussa Dembele, a move welcomed by the prolific marksman.

He said: “Moussa’s just back from injury and I think the gaffer was just easing him back in.

“It was great to see him back out there and fully fit. Obviously, as a striker you want to be selfish, but you want your best players available and it’s great to have him back.”