LEIGH GRIFFITHS has set his sights on becoming a Ton-Up Bhoy.

The Celtic striker is on the 85-goal mark at the moment after his three-and-a-half seasons at Parkhead following his £900,000 move from Wolves in January 2014.

Now the 26-year-old Scotland international frontman is aiming for a century of Hoops goals while netting in the Champions League group stages along the way.

If Griffiths can move onto the three-figure level, he will become only the 29th player to score 100 or more goals for the club and the first since John Hartson 12 years ago.

He said: “Since I’ve been at Celtic, I’ve only hit single figures once [with seven goals in 14 games in the first half-season]. 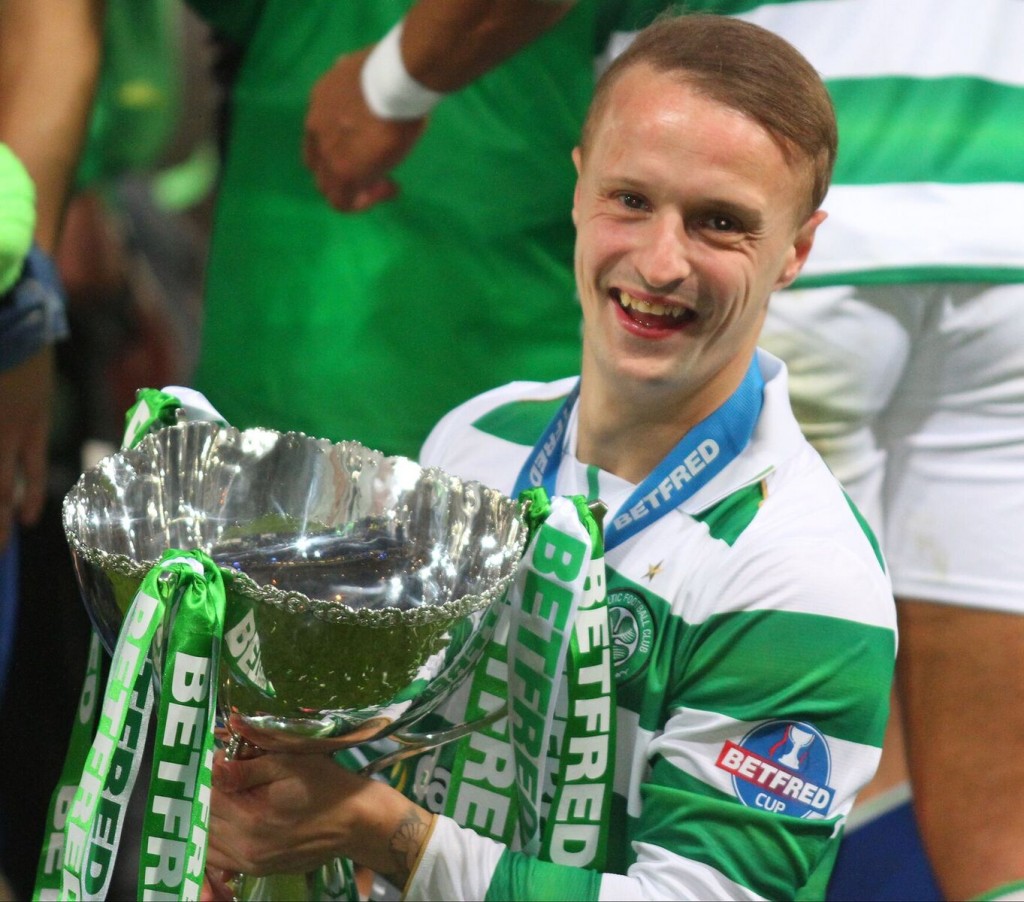 “Getting 100 is something I want to do and, hopefully, if we get to the Champions League group stages, I can score and tick that off the list.

“It’s been a long time since anyone hit the 100-goal mark with John Hartson the last one.

“It’s a great feat for anyone to get that amount of goals for a club. If you do that, you will be talked about for a while.

“I have come back fresh and , hopefully, I’ll get a lot of games this season and more goals.

”I didn’t get enough game time in the Champions League last season purely because I was injured.

“But, hopefully, this time I’ll get a fair crack of the whip.

“I’m in the gym a lot, trying to work on my upper body strength. I’m not the tallest of guys, so I need to be able to hold defenders off.

“At Champions League level, it’s going to be tough, but you need to be in the gym working hard to achieve that goal.”