LEIGH GRIFFITHS hopes to get the chance to zero in on his magical century of goals for Celtic when the champions take on Sevco Rangers in the Scottish Cup semi-final on Sunday.

The Scotland international striker headed in the winner against Hamilton Accies yesterday exactly FIFTY-SEVEN seconds into his substitute appearance at the start of the second-half.

That was Griffiths’ 98th goal in 178 appearances for the Hoops, 73 coming in the league from 116 games. The frontman is now looking forward to becoming a Ton-Up Bhoy.

He said: “We definitely have six game to go, hopefully seven, so I am looking forward to every one of them.” 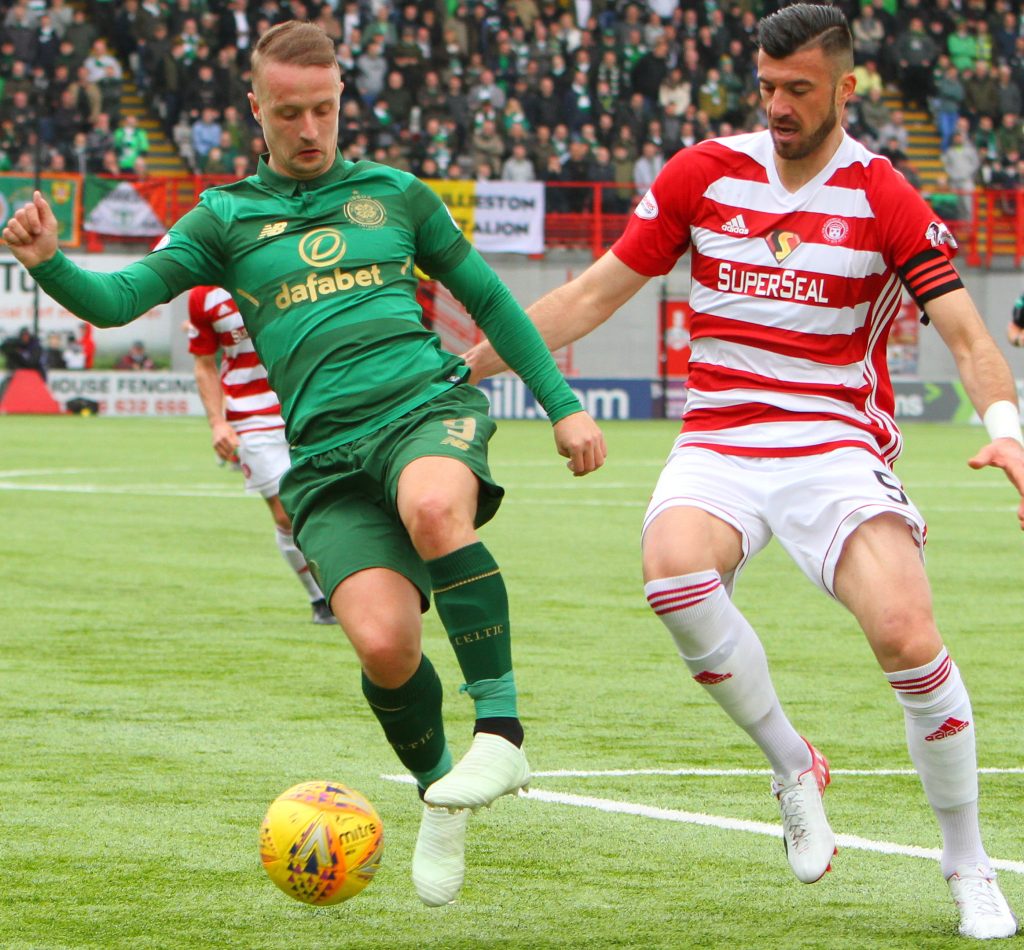 ON THE BALL…Leigh Griffiths shows some deft footwork against Hamilton Accies yesterday.

Asked if he reckons he will get a place in the starting line-up at Hampden, Griffiths answered: “You never know. It is a difficult one for the manager.

“It is a massive game and everyone is chomping at the bit to play. The manager has a selection headache to pick 11 players. If I am selected I will give my best, if not I will, hopefully, be on the bench and do what I did against Hamilton.”

Rodgers, however, insisted he has NO problem over who will lead the attack in the crucial Cup-tie.

Both Moussa Dembele and Odsonne Edouard scored at Ibrox last month as Celtic triumphed 3-2, a match Griffiths watched from the stand as he recovered from a calf injury.

The Parkhead gaffer said: “Leigh came on and did really, really well and, once we get the second goal, we don’t need to force the game.

“Leigh didn’t give me a problem for the semi-final – it’s just brilliant to have him back. He was excellent when he came on, his header for the goal was good and his movement was great.

“He’s working his way back to fitness and we had to be careful with him, especially on this pitch, which is why he didn’t start. But it worked well for us when we took a defender off and put that extra attacker on.”

Rodgers also took no risks with Craig Gordon on the plastic surface with on-loan Dundee keeper Scott Bain making another appearance before almost certainly being offered a full-time contract.