Celtic Quick News on News Now
You are at:Home»Football Matters»GRIFFITHS BAFFLED AT REF
By CQN Magazine on 13th September 2015 Football Matters
CELTIC striker Leigh Griffiths insists defender Andy Considine should have been sent off after conceding a penalty in Aberdeen’s 2-1 victory at Pittodrie.

The Hoops frontman reckons he was denied a clear goalscoring opportunity when pulled back in the box by Considine, who was the last defender, and, although referee Craig Thomson awarded a penalty, he decided on a yellow card for the offence. 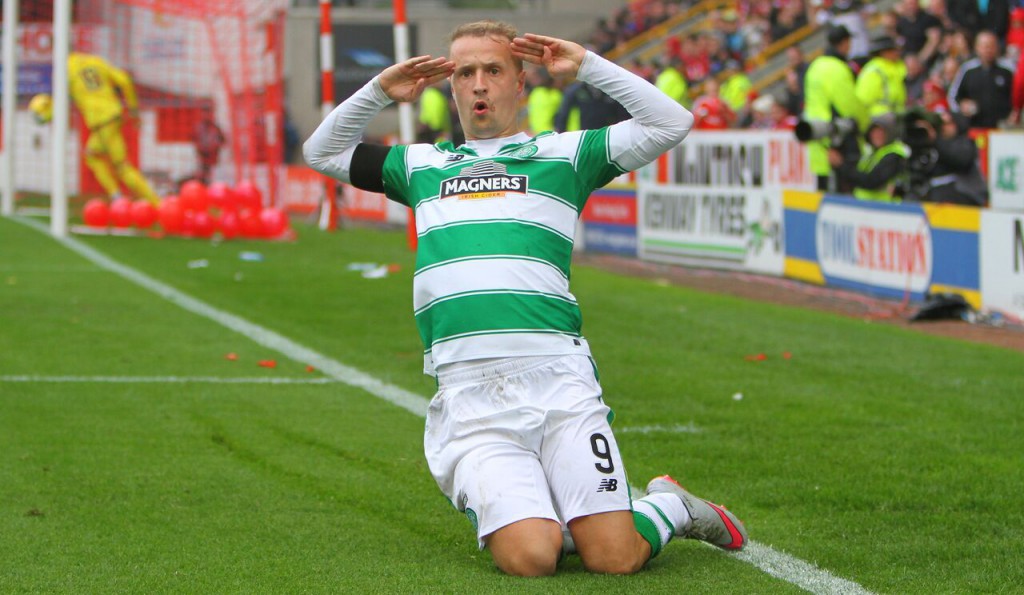 Griffiths converted the spot-kick, but said: “I was going to score, there was no doubt about it. I was about to whip it around the goalie. I was three or four yards away from goal so he’s got to be sent off.

“If it’s up the other end I’m positive, I’d put my mortgage on it, that the referee sends one of our players off.”

Asked what made him say that, he replied: “It’s what happens. If it’s up the other end the Aberdeen players would have surrounded him and you can guarantee he sends him off. That’s 100 per cent.”

Griffiths will now face an SFA rap for his outspoken comments.

He added: “The ref just said I was going away from goal. But to me I’m going to whip it round and put it to the goalie’s left-hand side.

“Look, it’s one of those things. It’s done with now. We’ve been beaten and we need to look forward.

“But he grabbed a hold of my shirt, I came back inside him and he burled me around.”

Aberdeen boss Derek McInnes conceded Considine might have “got a little break” over the penalty incident, but questioned other big decisions by Thomson.

He said: “We got the penalty which is a right decision and we should have got another penalty with a Charlie Mulgrew handball. And I felt we were really harshly dealt with by Jonny Hayes’ sending-off.

“But it was nice to get our rewards, there is no question the better team won. I am really pleased with everyone, but it is only three points.”