The striker was axed by Neil Lennon from his squad for the club’s three-game tour of France after returning overweight from the four-month lockdown period.

The Hoops boss was incensed with the condition of the 29-year-old Scotland cap who was left to train on his own at Lennoxtown while the champions faced Nice, Lyon and Paris Saint-Germain.

Former Parkhead goal hero Sutton reckons his old team-mate must buy to strengthen his attack if they are to be successful in their record-breaking attempt to clinch 10 in a row and the club’s 52nd crown. 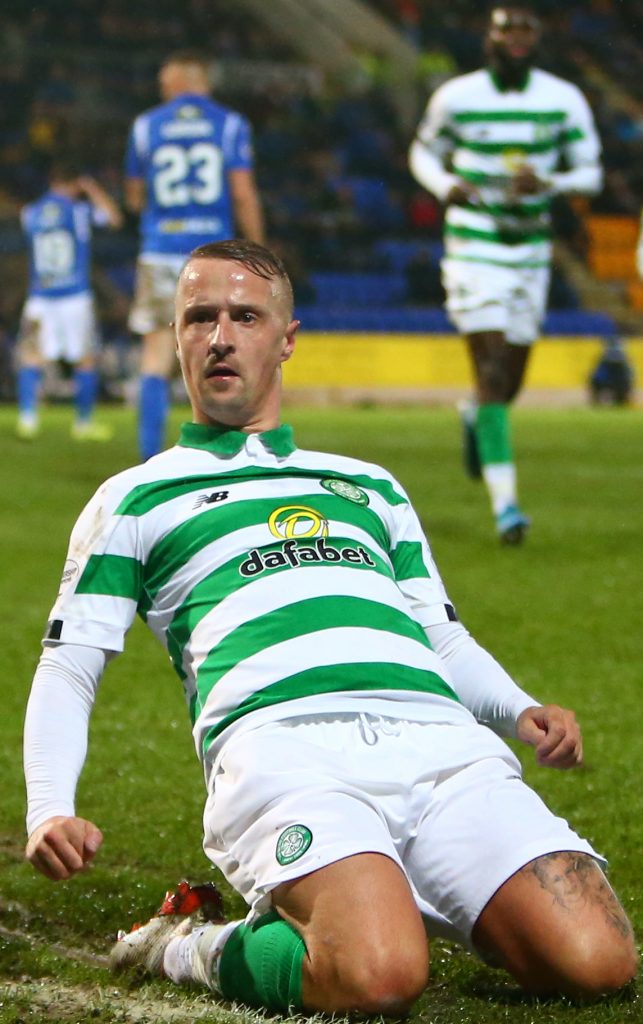 HAPPIER TIMES…Leigh Griffiths celebrates scoring against St Johnstone in January – one of his 11 goals for the Hoops last season.

The one-time England international looked at positions in Lennon’s squad that need to be boosted with the Premiership due to kick off a week tomorrow when Hamilton Accies visit the east end of Glasgow for another Flag Day.

Sutton, speaking to the Daily Record, said: “Then there is this new issue brought about by the unprofessionalism of Leigh Griffiths.

“Before he was dropped from the squad for being overweight, I felt another striker may have been needed because I have not seen enough yet from Patryk Klimala or Vakoun Bayo to convince me they are up to the job.

“Griffiths might take the warning shot from Lennon and save his career, but I just couldn’t trust him any more. Simple as that.

“Celtic are going to have to go out and get someone in the door who can step into the side and deliver. I know it’s not easy getting a proven scorer in the current climate without paying big bucks but what if something happens to Edouard?

“It’s absolutely unthinkable where that would leave Lennon. In any case, the Frenchman can’t play 60 games this season without losing edge at some point. He needs help and Griffiths can’t be trusted to provide it.”

Sutton, though, believes Lennon’s deal to bring back Mohamed Elyounoussi to the club for a second successive loan season from Southampton will prove to be a winner. 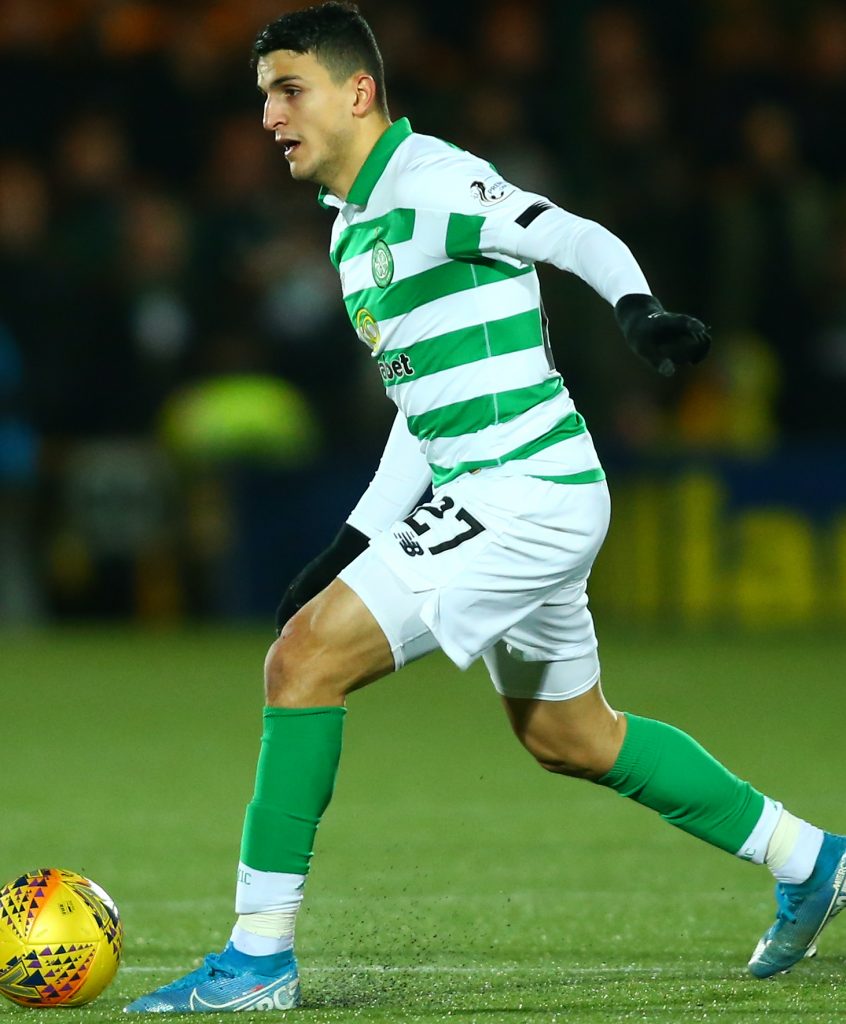 LOAN STAR…Mohamed Elyounoussi is poised to play a massive part in Celtic history.

He added: “Mohamed Elyounoussi is an outstanding signing with the ability to have a hugely positive influence on Celtic’s bid for 10 in a row.

“But I find it almost inconceivable the Norwegian international might be the only new arrival by the time their Premiership campaign kicks off against Hamilton next weekend.

“Neil Lennon is going to need more than him in the door – much more.

“By my reckoning he needs at least four more signings and that’s without anyone leaving the building.

“Elyounoussi is a great one to get. It’s easy to forget the influence he had on the side for an impressive spell last season before injury basically finished his campaign by December.

“When he got his fitness up to top level he was dynamite at times. He has real football intelligence to come in off the side, can work in tight areas centrally and has energy.

“The eye for a goal was shown by seven in eight games last term and he also creates openings for team-mates.

“Turning 26 in under a fortnight, Elyounoussi should be right at the peak of his powers and Celtic have got a real matchwinner on their hands to complement the likes of Ryan Christie and James Forrest in the creative department to back up Odsonne Edouard.

“The signs during the games in France showed he has returned to pre-season in terrific nick. That is a great sign for the manager with the competitive action just about to get started.”