LEIGH GRIFFITHS is determined to add to his 37-goal salvo as a salute to departing manager Ronny Deila.

The prolific striker aims for the Celtic boss to go out in style by firing the Hoops to a fifth successive title.

Griffiths said: “When I first signed for Celtic, if you’d put me in that lone striker role, I probably wouldn’t have done as well as I have now. 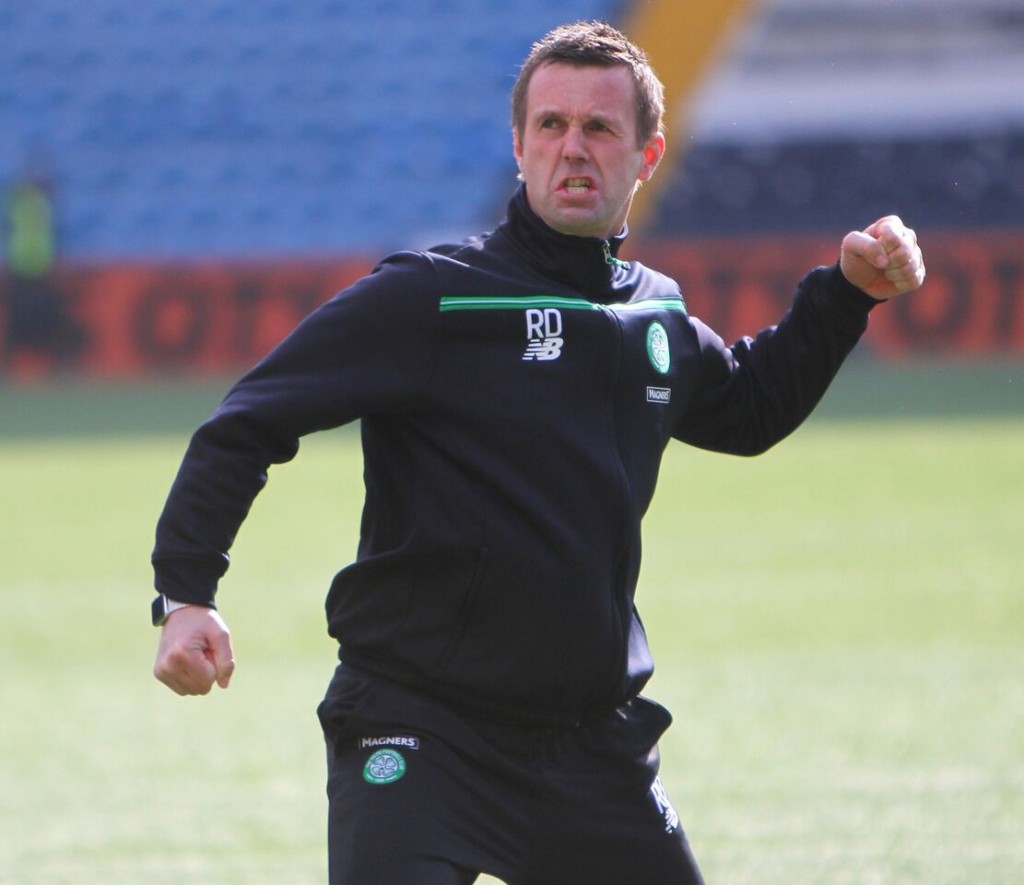 “Since January last year, I’ve not really looked back. It just took that little bit of game-time to show him what I could really do.

“Our relationship has just grown stronger and stronger. He has put a lot of faith in me to be that lone striker at Celtic and I’ve repaid him time and time again with goals. The only fitting way I can say thank you is to help the team deliver five in a row.”

The news of Deila leaving at the end of the campaign was unexpected for the hitman and his team-mates, despite intense media speculation and pressure on the Norwegian.

Griffiths admitted: “As a whole, the squad was disappointed. After Sunday’s defeat and then the gaffer coming out with that, it was a shock to everybody.

“He told us yesterday morning just before we went out to train that he had decided to step down as manager and the perfect send-off will be to get the fifth successive title.

“Hopefully, at the end of the season, he’ll look back on his time and have three trophies in two years. He can count that as a success.”