Celtic Quick News on News Now
You are at:Home»Latest News»GRIFFITHS’ HAMPDEN BODY-SWERVE
By CQN Magazine on 11th May 2016 Latest News

LEIGH GRIFFITHS has admitted he will not be going to Hampden later this month to support boyhood favourites Hibs in the Scottish Cup Final.

The Celtic striker stated recently he still feels as though he’s on his final warning at the champions having been disciplined for his behaviour while backing the Easter Road team against Hearts in the Edinburgh derby at Tynecastle two seasons ago.

A Hoops player at the time, Griffiths was filmed singing what was considered an offensive song in a bar before the game.

Griffiths reckons that moment was a turning point in his career as he decided to knuckle down and concentrate on his football.

This means he won’t be attending his former club’s big game in Glasgow although he will retain a keen interest in Hibs’ bid for Premiership promotion and Scottish Cup glory.

The 39-goal striker, who will be looking for the 40th tonight against St Johnstone in Perth, said: “I’m happy to sit in the house and watch the Final. Or I might go on holiday and sit in a bar to watch it – just as long as I’m not in trouble! 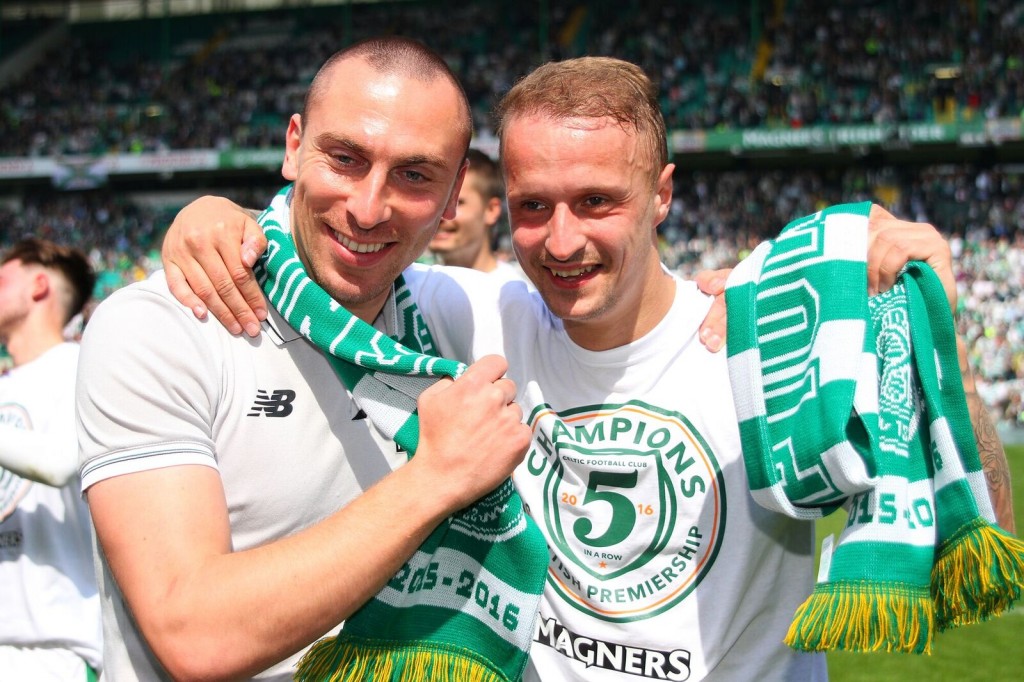 “It would be nice if Hibs did the business. I’d obviously like to see them get promotion, as well. We’ve lost another big club from the Premiership in Dundee United this season and another one, Kilmarnock, are in the play-off. But if either Hibs or Falkirk come up, they will benefit the top tier.”

Alan Stubbs’ Edinburgh outfit drew 2-2 with Falkirk last night in the first leg of their play-off and now face a dangerous away game against Peter Houston’s side on Friday. On-loan Celtic midfielder Liam Henderson claimed one of the Hibs goals at Easter Road.

Griffiths goes into this evening’s contest against the Perth side with only one game left to notch the magical 40 and match the feat achieved by Swedish superstar Henrik Larsson 12 years ago.

The 25-year-old hitman, who is banned from the final match of the season against Motherwell on Sunday, said: “Hopefully, I can hit the target against St Johnstone and then we can go for a nice weekend.

“But I still want to help the team to get three points. It’s not just about me, of course. The manager, Ronny Deila, will stress he wants six points from the last two games and if I can chip in with a goal or two, then I will be happy.”