Celtic Quick News on News Now
You are at:Home»Latest News»GRIFFITHS HOPES TO HAVE FINAL SAY
By CQN Magazine on 3rd August 2017 Latest News

LEIGH GRIFFITHS is hoping his second-half substitute appearance in the 1-0 win over Rosenborg will help him get a starting berth in Celtic’s Premiership kick-off against Hearts at Parkhead on Saturday.

The pacy striker, fighting back after a calf injury, replaced Jonny Hayes with the game still goalless and immediately gave the Norwegian defence problems with his movement.

Griffiths said: “I could have started the game. But the manager spoke to me yesterday and he decided it was a game for me to come on and try and help the team. 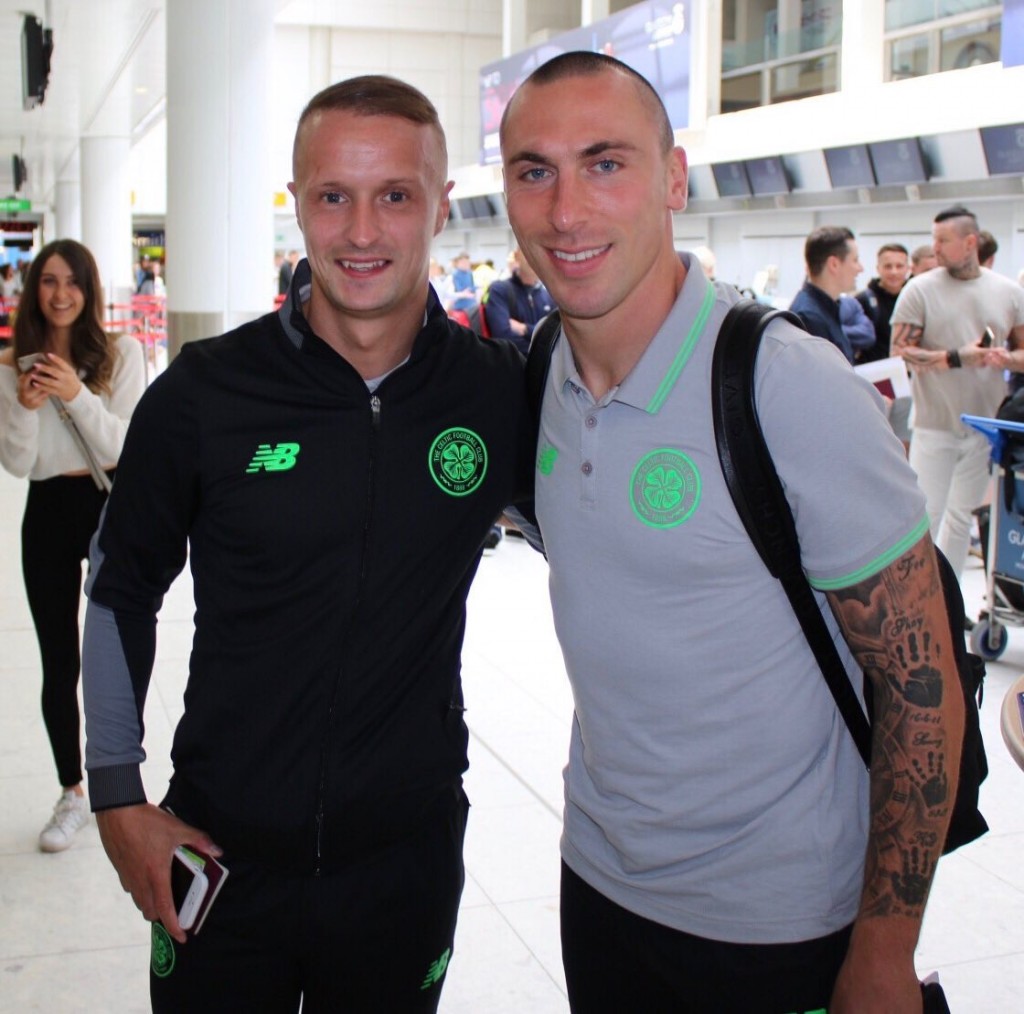 “I did that. I felt I did okay when I came on and the most important thing was the result and getting through.

“I’m feeling really good and ready for Saturday. I came on and got 35 minutes under my belt and felt sharp.

“My link-up play was good and, hopefully, I’m in the manager’s thoughts.”

Griffiths, of course, was involved in an airport spat as he prepared to fly out with his team-mates when he was on the receiving end of a disgraceful slur from an obnoxious rival fan.

He added: “Naturally, you’re going to be upset by what happened at the airport. It was just one of those things, you just try and ignore it.

“It was shocking what was shouted at me.”

The Hoops striker’s reply is now in folklore. He replied: “Your club’s deid, mate – beat it!”