Celtic Quick News on News Now
You are at:Home»Football Matters»‘GRIFFITHS IS KEY,’ McGARVEY
By CQN Magazine on 9th March 2016 Football Matters
FRANK McGARVEY, with a hat-trick of Scottish Cup medals, insists Leigh Griffiths will be the key man in next month’s Glasgow derby Hampden duel.
The former Celtic hero, who scored a dramatic late Cup winner against Dundee United in 1985, believes the 34-goal striker will settle the outcome of the much-anticipated semi-final clash. 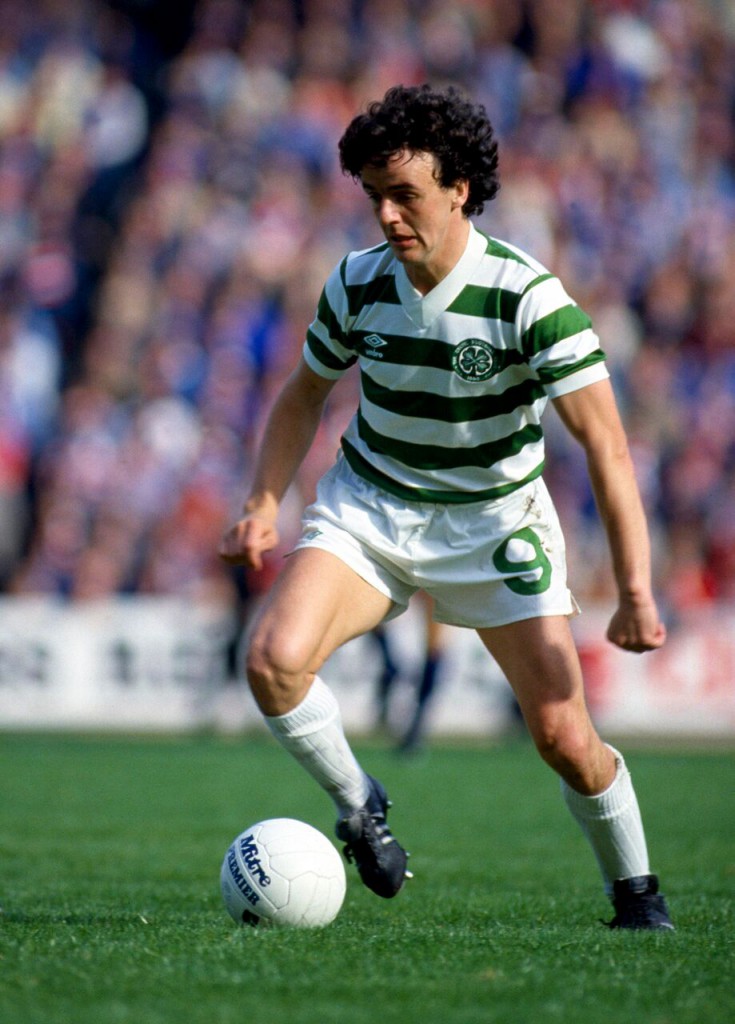 McGarvey said: “Leigh is fantastic. He does a real shift for Celtic. He plays up there as a lone striker and if you look at his goal stats, they are incredible.

“Everyone knows what I think about the club going with two up front. That should be the order of things at Celtic, but Griffiths has done tremendously well.

“Scoring 34 goals is no easy task when you are shouldering the bulk of responsibility for leading the line.

“To me, his attitude is tremendous, but he also has natural ability. The lad knows where the goal is.

“I know they will look to get Martyn Waghorn back for the tie because he has been their main goalscorer, but I think Griffiths is playing at a higher level.
“He is by far the best player in the country.

“His goals carry a bit more weight because he is playing at the top level and playing for the best team in the country.

“There is always so much pressure on you in that position and I think he has shown this season what he has got.

“His next step is to do it for Scotland. He is more than capable of it. But, for me, he will be the guy who can really make a difference at Hampden next month.

”There won’t be a ticket going spare for this one. The stadium will be full, the TV cameras will show it all over the world and it puts Scottish football on the map again.

“We just haven’t had enough big games recently and this is one which will capture the interest of everyone.

“I still think Celtic have the edge, but they will have to step it up a bit because it has been poor this season.
“This is a cracking opportunity for them to go out and show the fans that they can give them something to shout about.”

Amazingly, McGarvey’s flying header that dumped Dundee United was his LAST goal for the Parkhead side.

Manager Davie Hay, with Mo Johnston, Brian McClair and Alan McInally in his squad, allowed the tricky attack-leader to return to St Mirren where he won another Scottish Cup medal in 1987.
Once more, Jim McLean’s Tannadice outfit were on the receiving end when Rangers-bound Ian Ferguson scored the only goal of the game in extra-time.
McGarvey’s other Cup Final triumph also came in the additional half-hour when George McCluskey netted the only goal to beat Rangers in the ‘Riot Final’ of 1980.
————————