Celtic Quick News on News Now
You are at:Home»Latest News»GRIFFITHS’ MESSAGE TO CELTIC TEAM-MATES
By CQN Magazine on 4th February 2016 Latest News
LEIGH GRIFFITHS has urged his team-mates to stand up and be counted after Celtic’s back-to-back defeats. 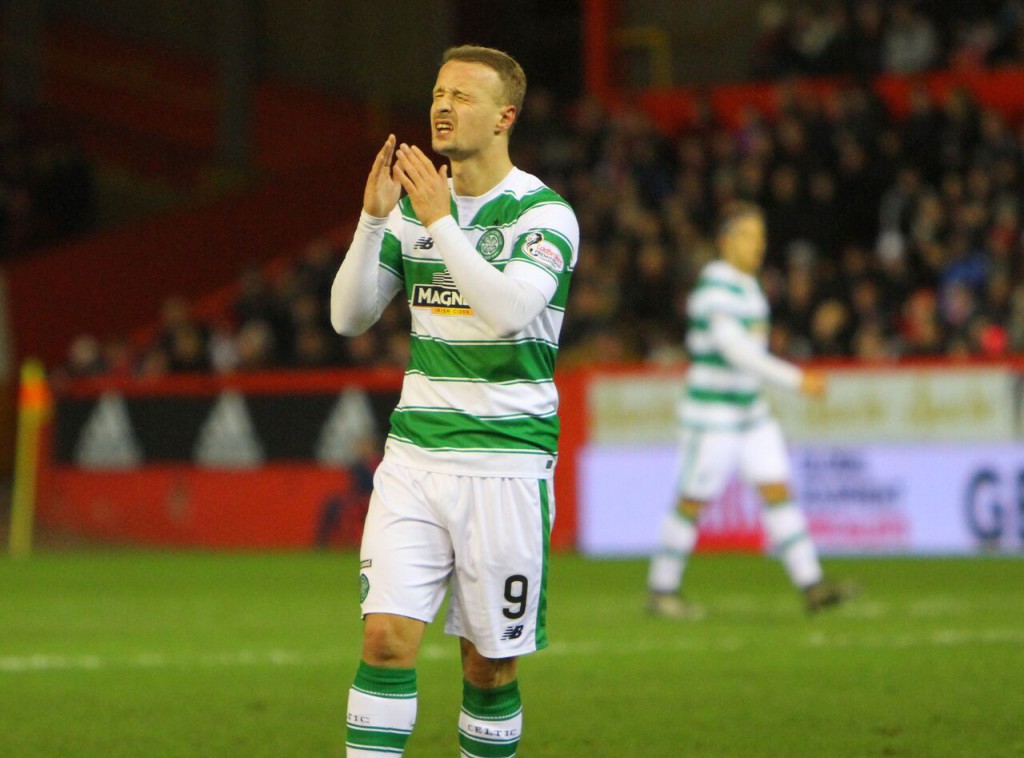 Manager Ronny Deila is under intense pressure after the League Cup semi-final exit against Ross County and the 2-1 midweek loss against Aberdeen at Pittodrie.
However, Griffiths, who got the Hoops’ consolation goal against the Dons in stoppage time, has called upon his colleagues to take responsibility.
The 28-goal frontman said: “It is not just the manager, it is the players, as well.
“We need to do better. We know that. It is up to us to take responsibility when we wear the jersey and go on that pitch.

“It has been such a hard week to take. We went into it thinking about winning a Treble and yet we lost really cheap goals against Ross County and then we did the same again against Aberdeen.

“We gave Jonny Hayes too much space and I don’t know why because we have seen before what he can do. 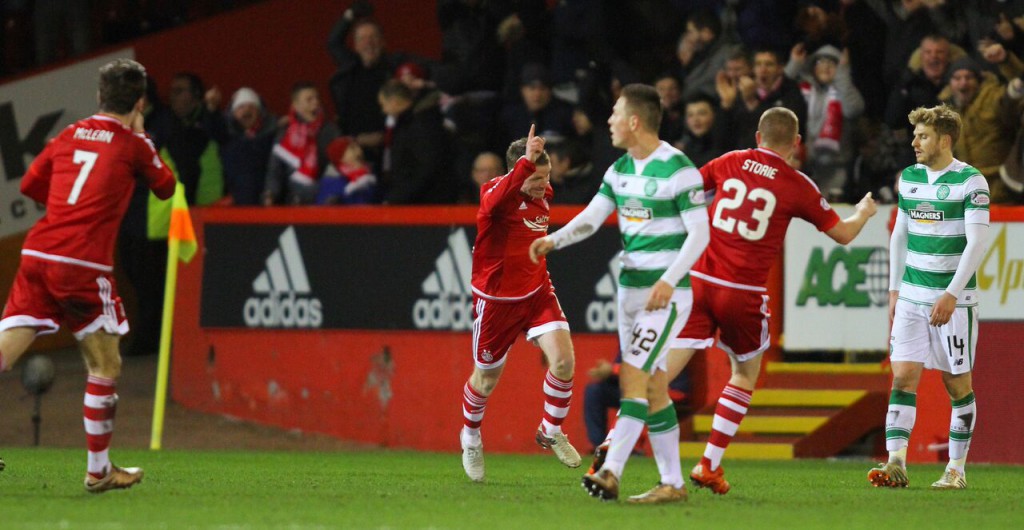 “We let him go and pull another one out of the hat and that was frustrating, but to then go on and lose another goal on the back of that from a set-piece is just so disappointing.

“If you give Aberdeen two goals of a start on their own turf, then you are always going to find it tough to come back.

“But it is still in our own hands. We need to find a way to get our heads up and be as consistent as we can over the next couple of weeks.”

Griffiths, who partnered new Bhoy Colin Kazim-Richards in the second-half at Pittodrie, insisted the players must ignore speculation surrounding the future of Deila and concentrate on winning.

He added: “The only thing that we can do as players now is win games. We have a job to do and that is what we are thinking about.

“The next game coming up is the Scottish Cup-tie against East Kilbride on Sunday.
“We cannot afford to slip up in any way – if we do, there will be big, big trouble.

“We need to be professional and focused and just try to ensure that we get ourselves back out there and winning football matches.

“It is the only way to silence any criticism that we have been getting and, hopefully, we can get back on track.”