Celtic Quick News on News Now
You are at:Home»Football Matters»GRIFFITHS’ ‘MESSI MOMENT’
By CQN Magazine on 31st March 2016 Football Matters
LEIGH GRIFFITHS has warned Hearts he aims to stage an action replay of his “Lionel Messi moment”.
Celtic’s prolific hitman – with 35 strikes this season – scored his first goal for the club against the Edinburgh outfit on February 22 2014. 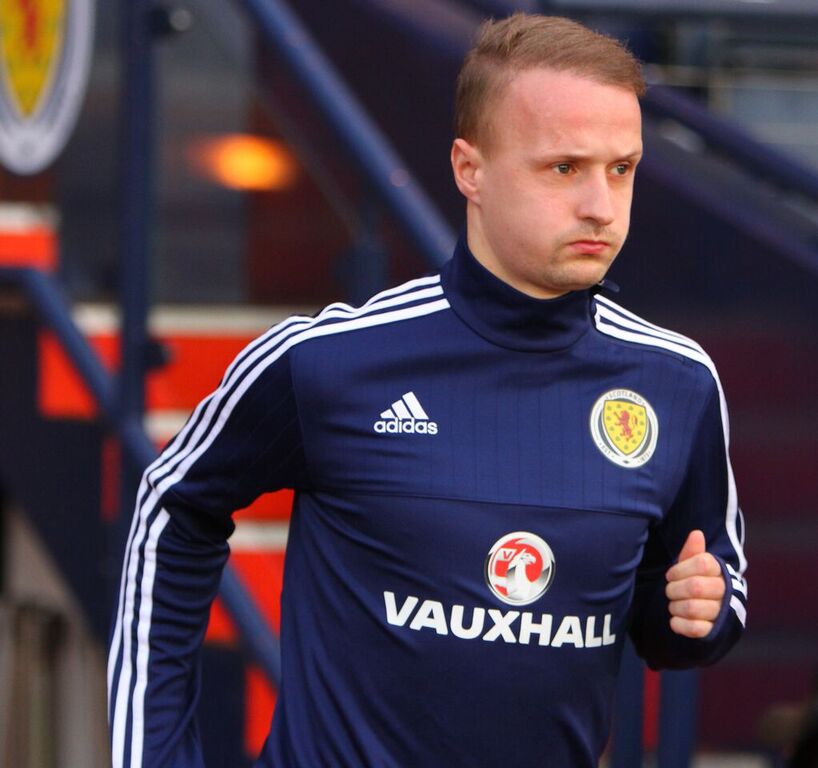 The former Hibs striker netted just before the hour mark in a thrilling SPFL encounter at Tynecastle with Teemu Pukki getting the second in stoppage time in a 2-0 triumph.
But it was a goal at the same ground in a League Cup-tie in October last year that sticks in Griffiths’ memory bank as being a bit special.
The 25-year-old attacker said: “My first goal for the club came at Hearts and I know a few people won bets on me scoring there.
“The second goal, though, was a lot better. It’s not often that I go past two or three players and slot it into the bottom corner – but I turned into Messi for about 15 seconds!

“It was a good time to get the goal as we were under the cosh a little bit and it put us 1-0 up and calmed us down a bit as we went on to win 2-1 with Tom Rogic getting the second. It was a good feeling.”

Griffiths was injured when the teams drew 2-2 in Edinburgh just after Christmas and he was out of luck, too, in the goalless stalemate against Robbie Neilson’s side in Glasgow in September when Efe Ambrose was sent off.
He recalled: “That was disappointing because we had chances to win two games, but drew 0-0.
“Hopefully, we can get the three points on Saturday and set us up for a good weekend.”