Celtic Quick News on News Now
You are at:Home»Football Matters»GRIFFITHS SET FOR SCOTLAND CALL-UP
By CQN Magazine on 23rd August 2015 Football Matters
GORDON STRACHAN has opened the door for Leigh Griffiths to earn a first start for Scotland in almost two years.
The former Celtic boss will tomorrow name his international squad for next month’s crucial Euro 2016 double-header against Georgia and Germany.
Strachan was at Tannadice yesterday to witness the striker claim his seventh goal of the season in the Hoops’ 3-1 win over Dundee United.
The Scots gaffer said: “Leigh has dragged himself back into being Celtic No.1 and he has dragged himself back into the Scotland reckoning.
“People talk about this that or the next thing, but he did it himself. There was talk of him moving on loan and stuff like that, but he decided: ‘No, I’m not going, I want to stay here and play for this club. I am going to determine where my career goes.’
“He has determined that, not anybody else, not the Scotland manager, not Ronny Deila.” 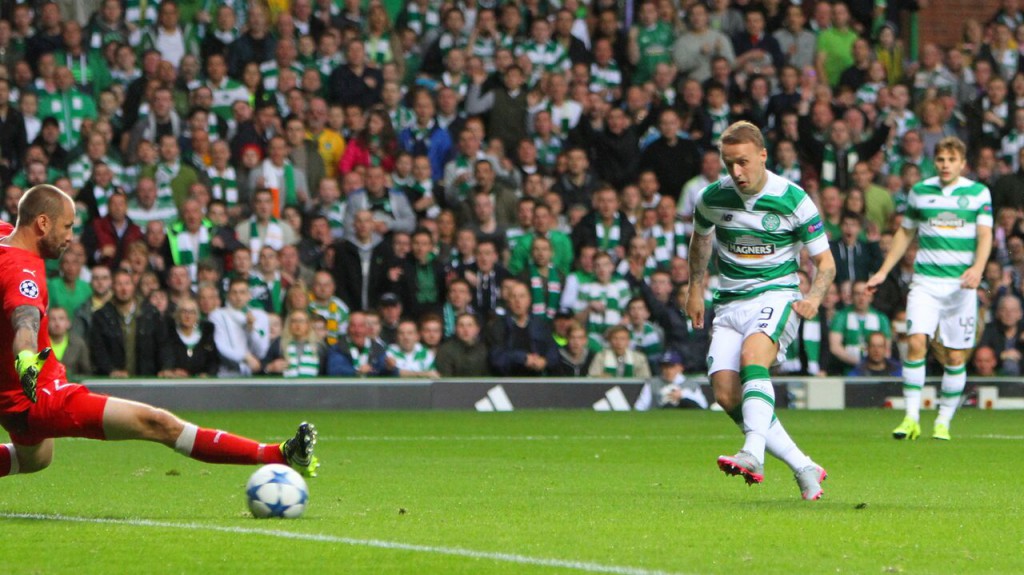 The Celtic manager revealed Griffiths was eager to play against United on a day when he left out nine players from the team fielded in the 3-2 midweek win over Malmo in order to retain freshness for the return in Sweden on Tuesday.

Deila said: “He could have rested if he wanted – we gave him the option – but he really wanted to play.
“Leigh wanted to start. As a striker, when you are scoring goals you want to keep on playing and, of course, he scored again.
“He worked really hard for the team and showed the attitude we want players to have. We took him off after 67 minutes and I am happy we did that, as well.“I am very, very happy to see his development. He has grown as a person and as a player, on and off the pitch.
“The attitude on the pitch is at the level of Scott Brown and Stefan Johansen. It is so vital for the team. Everyone knows the way we want to play and that we need energy on the pitch and he gives it every time. He had a good finish, as well.”Meanwhile, Deila is hopeful right-back Mikael Lustig overcomes a hamstring injury in time for the second leg, but Tuesday might be just too early for the defender.
The Norwegian said: “He can reach it, but it could also be two to three days early. It is a day-by-day process.
“The important thing is that he is not out for a long time. We will wait until right up until the game starts.”
Click Here for Comments >
Share. Twitter Facebook Google+ Pinterest LinkedIn Tumblr Email
Previous ArticleMALMO SUFFER ANOTHER DEFEAT
Next Article SCOTT ALLAN THANKS THE CELTIC SUPPORT