Celtic Quick News on News Now
You are at:Home»Football Matters»GRIFFITHS SETS TARGET
By CQN Magazine on 30th August 2016 Football Matters
LEIGH GRIFFITHS is hoping to get the chance to silence his international doubters.
The Celtic striker thumped in a memorable goal in the 4-1 win over Aberdeen at the weekend to take his early-season total to seven.
And, of course, Griffiths was unstoppable in the last campaign with 40 goals in all competitions as he fired the Hoops towards their fifth successive title.
Only midfielder Tom Rogic hit double figures for Ronny Deila’s team. And it took the Aussie until the last league game of the season to claim his tenth in the 7-0 walloping of Motherwell on Flag Day at Parkhead.
Griffiths, though, accepts he is giving his critics ammunition with his international record – not a solitary strike in seven appearances for his country. 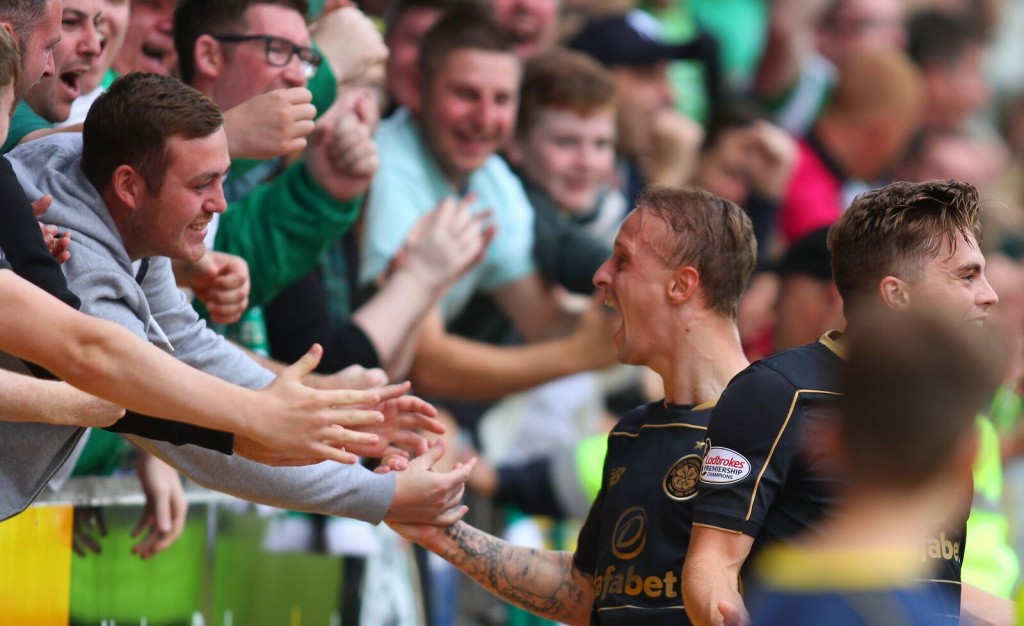 The 25-year-old frontman said: “People are still questioning if I can cut it at international level.
“The only way I can prove them wrong is by getting a fair chance. Have I had a fair crack of the whip?
“Some will say yes and others will say no. To me, however, it’s all down to Mr Strachan if he wants to pick me and thinks I’m suitable that game.
“If not, I’ll keep working hard in training and I’ll keep trying to improve my game.
“I know if I can make the step up to the Champions League and score goals there it will give serious thought about whether I can play in that role for Scotland.”
Griffiths is a doubt for Gordon Strachan with a hamstring injury and was taken off after 57 minutes of the game against the Dons.
He added: “I always want to play for my country and I don’t want to let anyone down.
“I’ve said it before – I’ll sit on the bench and I’ll wait my turn. If I get called up, I’ll give 100 per cent.”
A completely-fit Griffiths could get the nod to start the World Cup-tie against Malta on Sunday, but, of course, he will be without his Hoops skipper Scott Brown, who has quit the international scene.
He added: “Scott was a great servant for Scotland and earned his 50 caps.
“It’s his decision to retire and I say good luck to him. Of course, it is only going to benefit Celtic and he can now concentrate on club football.”