ON-FIRE Leigh Griffiths has set his sights on at least 30 goals this season during the best campaign of his career, despite the crisis at Celtic.

The prolific hitman, who hit 28 for Hibs three years ago, netted a double as the Hoops decimated Aberdeen 3-1 at Parkhead yesterday.
Griffiths latched on to a superb Kieran Tierney cross to leap above defenders Ash Taylor and Paul Quinn to give the champions a 44th-minute lead. 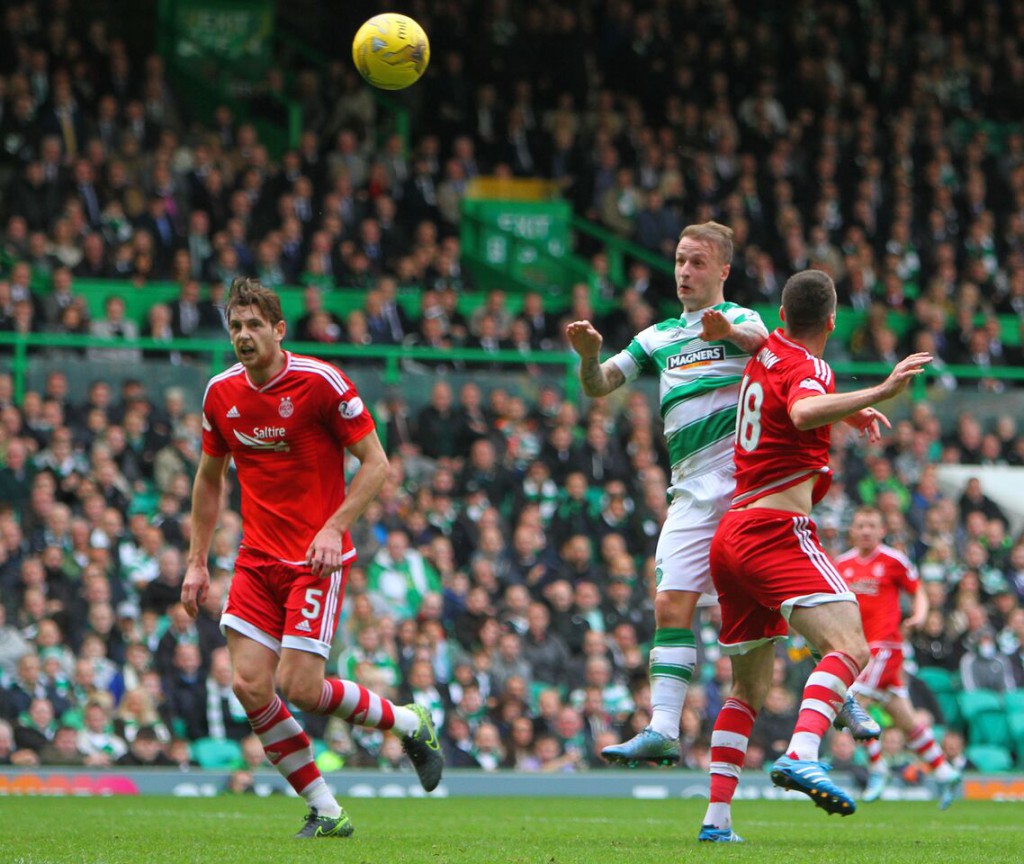 His second-half penalty and a James Forrest goal rendered Adam Rooney’s late header a mere consolation as Ronny Deila’s side stretched their lead at the top to six points over Hearts.

And Scottish international hitman Griffiths warned opponents that his golden run will continue until he has broken personal records and beyond.

Gary Hooper and Scott McDonald reached 31 goals in one campaign in all competitions for Celtic within the last decade. Griffiths can top that total.

“I had set myself a target to get to 20 by January and, if I do that, I’ll be happy. I feel I can score in every game. It was a great performance and I am delighted with the two goals.

“There are not many times I’ll beat Ash Taylor in the air. Sometimes I need a ladder to outjump him! It was great ball in from KT. I timed it well and directed it back across goal.”

The win completed a 12-point reversal of fortunes between the clubs in only six weeks.

Aberdeen had led the table by five after beating Hearts 3-1 on September 20.

When asked if yesterday’s success served as adequate revenge for the Dons dumping Celtic 2-1 at Pittodrie two months ago, Griffiths replied: “Yeah, it was nice.

“For 75 minutes, we were very good. We were a bit sloppy in the last 15 and gifted them a goal. But I think if you had given us 3-1 before the game, we would have taken it.”