LEIGH GRIFFITHS held aloft the Premiership trophy for the first time after Celtic’s 3-1 victory over Dundee United at a packed Parkhead on Sunday May 11 2014.

The frontman’s 39 goals in two loan spells at Hibs had persuaded manager Neil Lennon to pay out £1.2million to parent club Wolves at the turn of the year to add firepower to his attack. 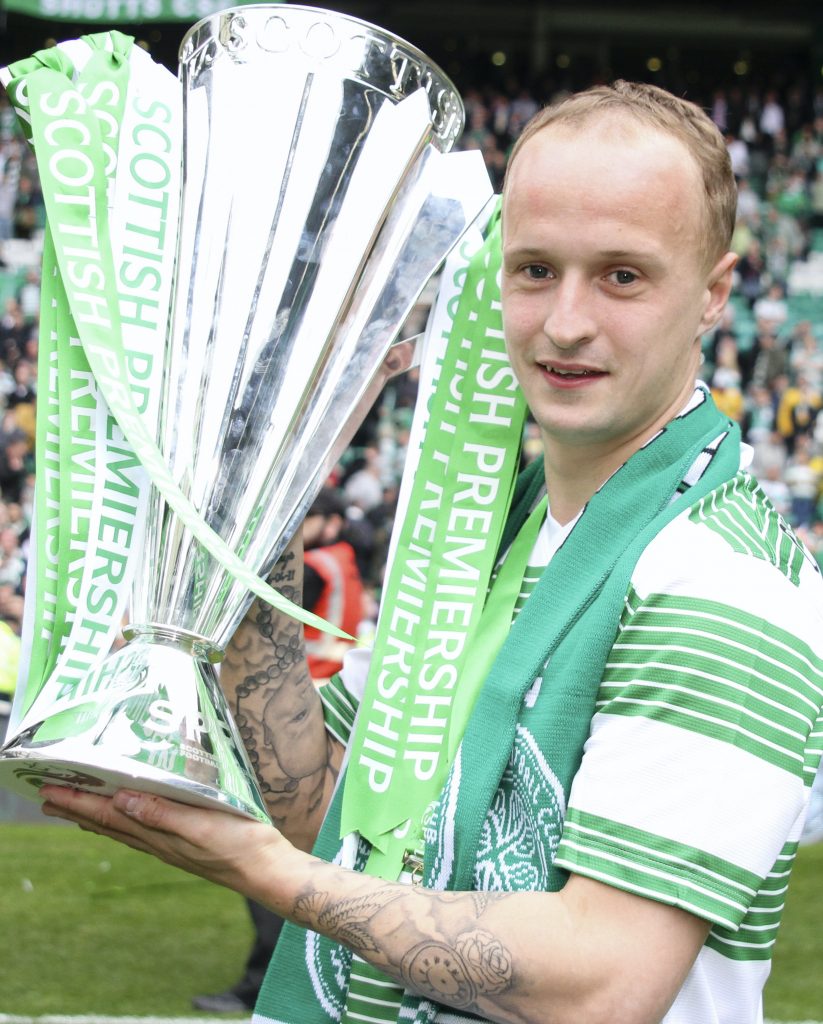 THE FIRST OF SEVEN…Leigh Griffiths proudly displays the title silverware after the 2013/14 success.

Griffiths duly responded with his debut strike coming in a 2-0 win over Hearts at Tynecastle the following month and he followed that up with a blistering hat-trick in a 5-0 romp against Inverness Caley Thistle at Parkhead.

The Hoops swept to the crown with a 29-point advantage over runners-up Motherwell. With seven games to spare, Lennon’s men sealed the silverware with a 5-1 victory over Partick Thistle at Firhill on March 26 with goals from Anthony Stokes (2), Stefan Johansen, Kris Commons and teenager Ewan Henderson.

Griffiths was satisfied to play a bit-part role that evening in Maryhill.

SIGNS ARE GOOD…Leigh Griffiths celebrates one of his hat-trick in the 5-0 win over St Mirren on March 7 2020.

That was the first of seven titles the player was to pick up at Parkhead. He also won three Scottish Cups and four League Cups in his haul of fame as a Celt.

Griffiths thumped in 40 goals – 31 in the Premiership – during Ronny Deila’s second and final year in 2015/16, but, in the midst of his well-publicised off-the-field problems, the torrent transformed to a trickle in his last three years at the club.

He claimed his cherished ton-up goal with a trademark free-kick against FK Sudova in a 3-0 European win on August 30 2018 at Parkhead. After 27 minutes, it was still goalless, following a 1-1 draw in the first leg in Lithuania.

The Bulgarian referee awarded the Hoops a free-kick outside the box, Griffiths summed up the situation before stepping forward to swoosh an unstoppable deadball effort over the helpless keeper into his top left-hand corner of the net. 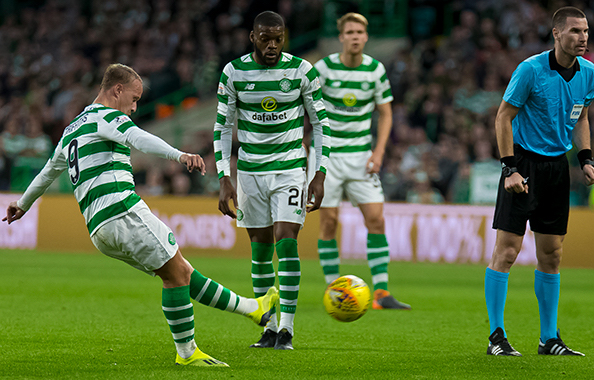 TON-UP BHOY…Leigh Griffiths sweeps an impeccable left-foot free-kick into the FK Sudova net for his 100th strike for Celtic. Olivier Ntcham and Kristoffer await to be impressed.

John Hughes – the original Yogi – encouraged the frontman to overtake his 189-goal haul which fired him into seventh place in the club’s all-time top scorers’ list.

“Records are there to be broken,” said the prolific marksman who spent most of his 11-year career on the left wing which makes his tally even more extraordinary. “Leigh has a striker’s instinct and that’s something you cannot coach into a player. It’s either there or isn’t and he’s most certainly got it.

“With a bit of luck, he keeps clear of injuries and remains fit and focused, then I don’t see any reason he cannot go and surpass my total.

“I’ll be the first to congratulate him if he achieves it. And I hope I’m in the Lisbon Lions’ stand when that goal comes around.”

Unfortunately, Griffiths stalled on 123 goals and can only look back now and acknowledge he should have had more. 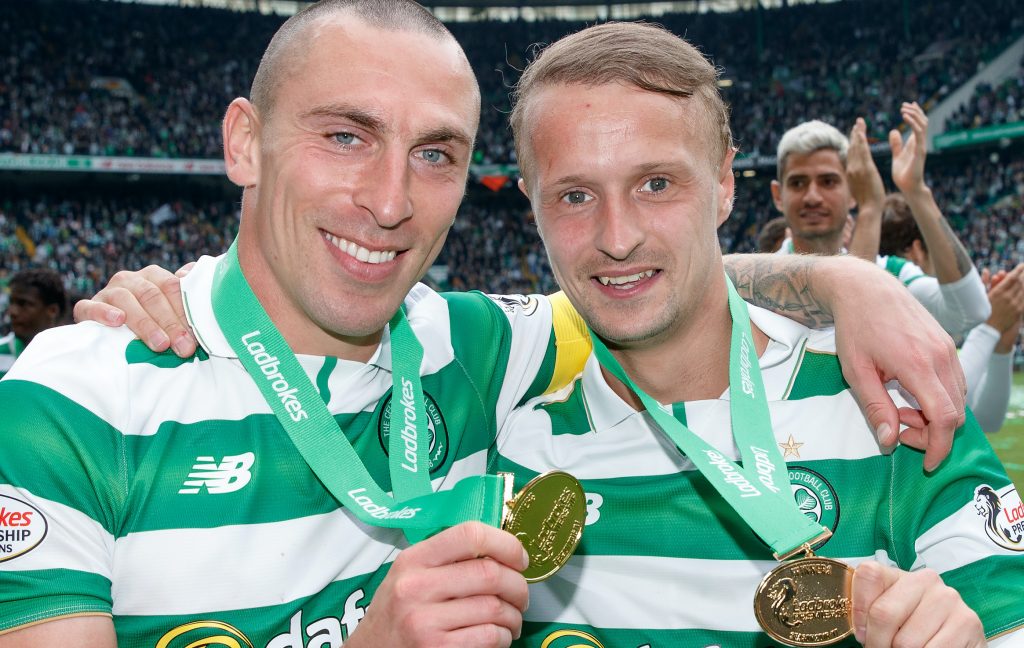 Hughes, now 79, speaking to CQN, added: “Look at Leigh’s totals over his past three seasons before Ange Postecoglou’s arrival. He netted six in 20 games in season 2018/19 and followed that up with 12 in 33 appearances. His last season saw him collect seven from 26 outings.

“Those are dismal tallies for a player we all know can do so much better. He got 40 for Ronny in one campaign – that’s 15 more than he has scored in total over his past three full seasons. That’s puzzling.”

Griffiths enjoyed a glorious period in Celtic’s history and it must be said played his part for five of the eight years he was on the club’s books.

Fourteen winners’ medals plus 22 international appearances and four goals for Scotland is all very impressive.

Leigh Griffiths may be among those who believe it should have been more – much more.