COLOURFUL and controversial, Leigh Griffiths rode an emotional rollercoaster during his eight years at Celtic.

The lively little marksman fired in over a century of goals for the Hoops and may have expected a fanfare of trumpets to herald the curtain coming down on his career in the east end of Glasgow.

Instead, there was hardly a whimper when his contract was scrapped in January this year.

In another CQN EXCLUSIVE series this week, we charted the life and times of a one-time fans’ favourite in a special four-part feature. Here is a swift recap. 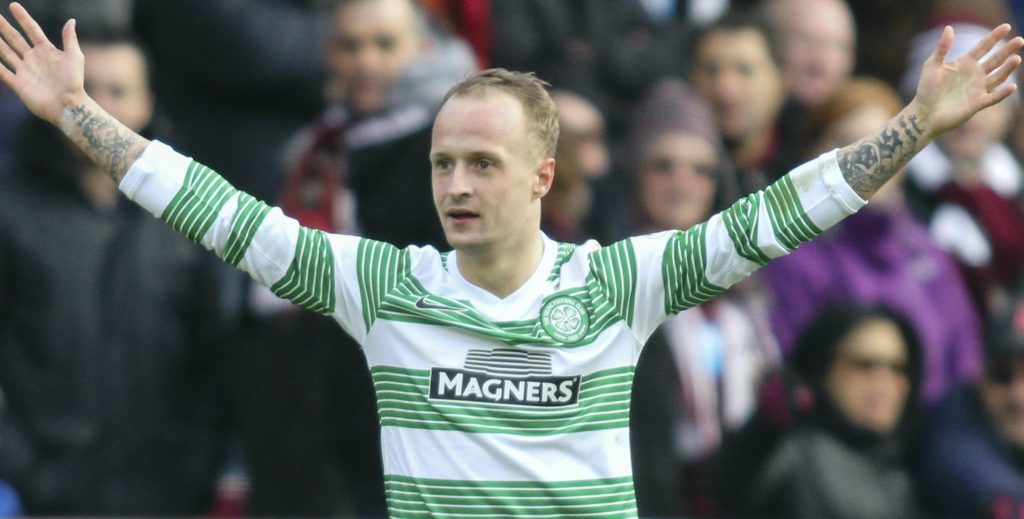 CHEERS…Leigh Griffiths celebrates his first Celtic strike in a 2-0 win at Tynecastle in February 22 2014.

LEIGH GRIFFITHS arrived at Celtic on January 3 2014 after Neil Lennon, impressed by the striker’s exploits on loan at Hibs, shelled out £1.2million to buy him from Wolves.

The frontman arrived with a reputation for being prolific in the goalscoring stakes and it didn’t take him long to get off the mark for the Hoops.

On February 22 at Tynecastle, self-confessed Hibee Griffiths struck against Hearts – and certainly enjoyed the experience. The game was deadlocked at 0-0 heading towards the hour mark when the lively raider showed why Lennon had paid a seven-figure fee for his services. 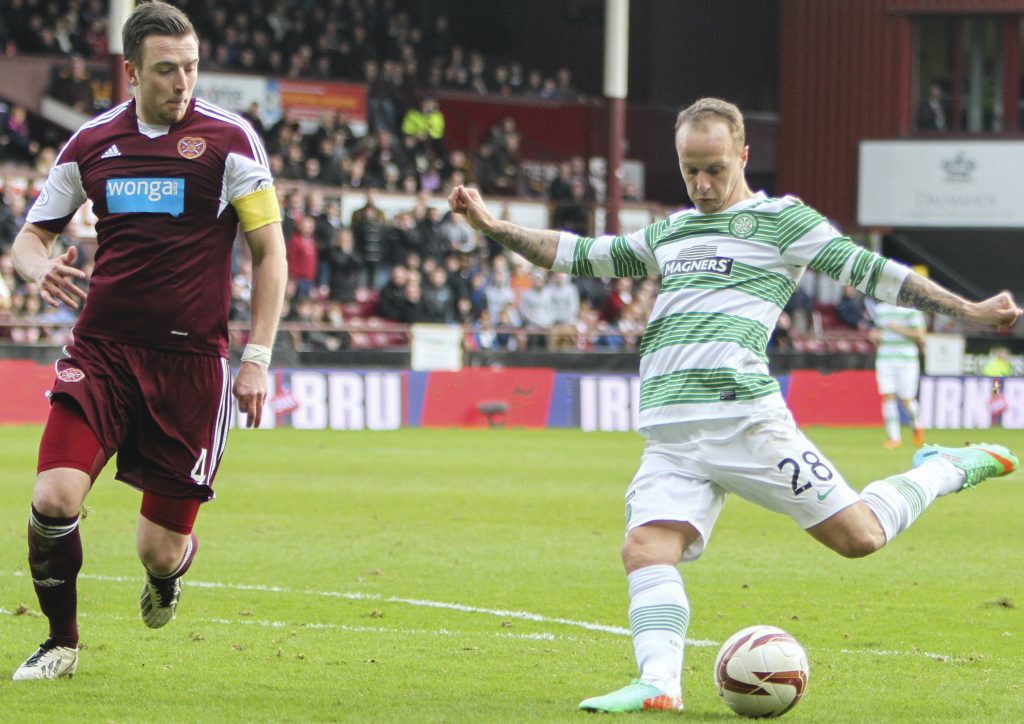 THE FIRST…Leigh Griffiths prepares to fire in a left-foot drive for his debut Celtic goal with Hearts defender Danny Wilson too late to intervene.

He embarked on a solo sortie into the home side’s penalty area, teased his way past centre-back Danny Wilson and cutely sent an effort wide of the stranded Jamie MacDonald. Griffiths took off on a lap of honour that didn’t go down well with the home support.

Teemu Pukki, another new signing, made the final score 2-0 in stoppage-time with a close-range header. Remarkably, the champions were 24 points clear of Aberdeen at the top of the league at the time.

Griffiths netted his 123rd and final goal for Celtic in the 1-1 stalemate with Aberdeen at Pittodrie on April 21 2021 when he nodded in a left-wing cross from Mohamed Elyounoussi in the fading moments as the Hoops went through the motions of completing a miserable season, the first trophyless campaign in 11 years.

THE LAST…Leigh Griffiths heads in his final Celtic goal past Aberdeen keeper Gary Woods in the 1-1 draw at Pittodrie in April 2021.

The Scotland international had been involved in a row with Lennon at the start of the term and was deemed unfit by the manager and dropped from the pre-season squad for their four-game tour of France. It was the start of a downward spiral.

By the end of a dreadful campaign, the misfiring marksman had only seven goals to show for his efforts.

Lennon had been replaced by John Kennedy in a caretaker capacity on February 23 – only two days after an unacceptable 1-0 loss to Ross County in Dingwall.

Changes were in the wind.