Celtic Quick News on News Now
You are at:Home»Latest News»GRIFFITHS’ UNBEATEN TARGET
By CQN Magazine on 4th October 2016 Latest News
LEIGH GRIFFITHS is convinced no team will beat Celtic at Parkhead during Brendan Rodgers’ debut campaign.
The Scotland international striker said: “Our aim is to get through this season unbeaten at Celtic Park.
“It was one of the things we spoke about at the start of the term – about making Celtic Park a fortress again. Whether that is in the league or the Champions League or any other competition we want to make it as hard as possible for anyone to come here. 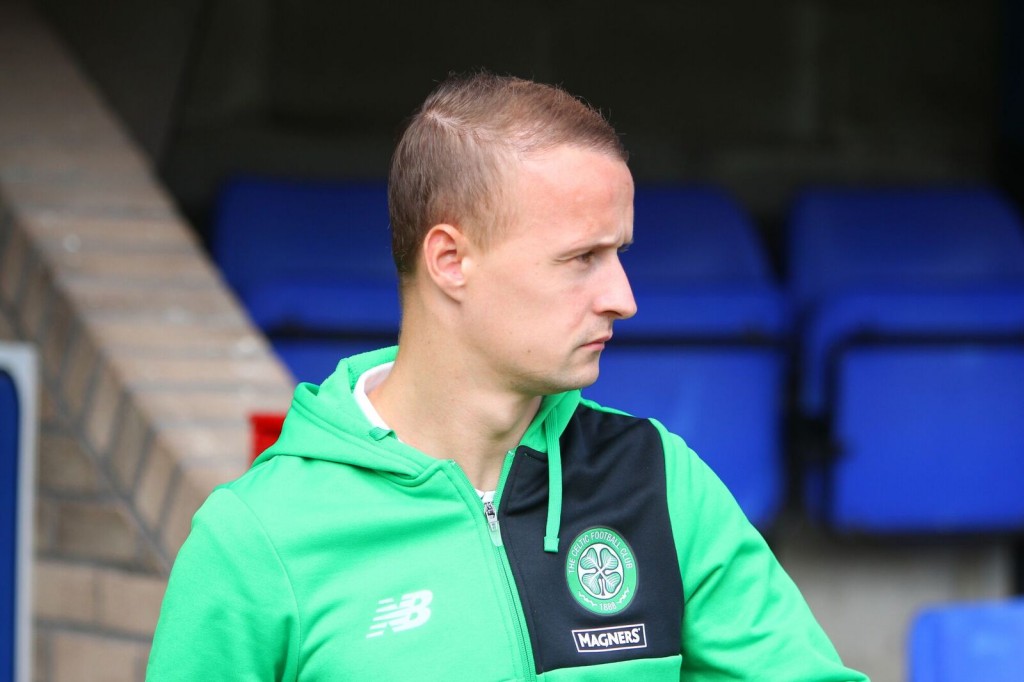 “We made a pretty big statement with that draw against Manchester City. We are a match for anybody here at Celtic Park.”

The Hoops take on Mark McGhee’s Motherwell at Paradise a week on Saturday before facing Borussia Monchengladbach in the east end of Glasgow in their third Champions League outing four days later.

Griffiths reckons four points from the double-header against the Bundesliga giants would place the Hoops nicely in Group C.

He added: “I think we need four points from the next two games to look at that third spot – or maybe even higher, who knows?
“But we got the point against Manchester City and now we have Borussia Monchengladbach up next. No-one gave us a hope against City, but we took a right good point and if we can build on that then it could leave us in a decent position.

“It is a tough group, I think that is fair to say. But these two games now are arguably the most important that we have got.

“However, we know the Germans are no mugs. They play in one of the best leagues in the world.”