Celtic Quick News on News Now
You are at:Home»Latest News»GRIFFITHS WARNING FOR IMPS
By CQN Magazine on 8th July 2016 Latest News
LEIGH GRIFFITHS has fired a goal warning to Lincoln Red Imps: “I’m ready for the real business next week.”
Celtic’s 40-goal man in the last campaign thumped in a double in the 2-1 win over Slovenian champions Olimpija Ljubliana on Wednesday night.
But he declared: “Pre-season goals do NOT count. So, hopefully, I’ll get off the mark in Gibraltar on Tuesday and Celtic get off to a flyer in the Champions League qualifiers.
“Olimpija were tough opponents and, of course, they are the Slovenian champions. We know we could come up against them in Europe at some stage if we both progress. 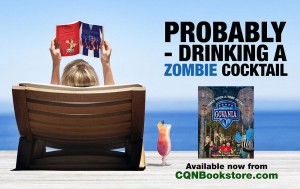 “The main thing, though, was to take care of business in this game – and, thankfully, we managed that.”
Griffiths also paid tribute to new Bhoy Moussa Dembele and Stefan Johansen for the part they played in his second goal after the break.
He said: “The ball got stuck under my boot at the first goal. A defender tried to anticipate me going back, but I just managed to hit it, get it on target and it’s always good to see the ball hit the net.
“I did something similar with the second one, but I have to thank Moussa and Stefan.
“They made great runs to distract defenders and I got more space after it opened up for me to have a shot.”

The Scotland international striker added: “Pre-season has been tough, but we expected that. The manager, Brendan Rodgers, has set out his stall and told us how he wants us to play.
“He also wants the fitness levels up from last season. So, as I said, it’s been tough, but also enjoyable.
“The manager is very attack-minded and that suits me down to the ground.
“Working in the heat and playing in these temperatures is always good for fitness.
“It’s certainly more beneficial than trying to prepare in the freezing cold, so this will stand us in good stead for next week.
“We’ve got one last pre-season game to come on Saturday against Maribor and that will be another good test.”
———————————-
CQN has a limited number of Res12tance T-shirts back in stock today. We have 50 shirts across 4 sizes of M,L, XL and XXL. This will be your final chance to buy one so if you missed out previously now is your chance.
Order at www.cqnbookstore.com and why not pick up a copy of Once Upon a Time in the Kingdom of Govania when you are at it? It’s the hilarious fantasy story, set in Medieval times about two football clubs from Govania – one dead and one just four years old, featuring lots of familiar characters. The Zombies are foaming at the mouth – they don’t want you to read it.
Please note that there will be an official Resolution 12 update published on CQN this evening by CQN Magazine at 6pm. This will be followed by a Res12 Q&A starting at 7pm.