Celtic Quick News on News Now
You are at:Home»Football Matters»GRIFFITHS WARNS COLE
By CQN Magazine on 9th November 2015 Football Matters
CARLTON COLE edged closer to a first team debut for Celtic when he got a place on the substitutes’ bench at the weekend.
However, that was as close to the action the former England international striker got during the champions’ 4-1 win over Ross County.
And Leigh Griffiths has warned his new team-mate: “That’s the way I want it to stay!”
The in-form frontman took his goal haul to 18 for the season with his quickfire double strike in Dingwall.
And he is in no mood to step aside for the 32-year-old ex-West Ham and Chelsea star who has agreed a deal with the Hoops until the end of season 2017.
Griffiths, who has seen off the challenge of £1.3million summer signing Nadir Ciftci from Dundee United, said: “As long as I keep playing well and scoring goals, I’ll try to keep him out of the team. 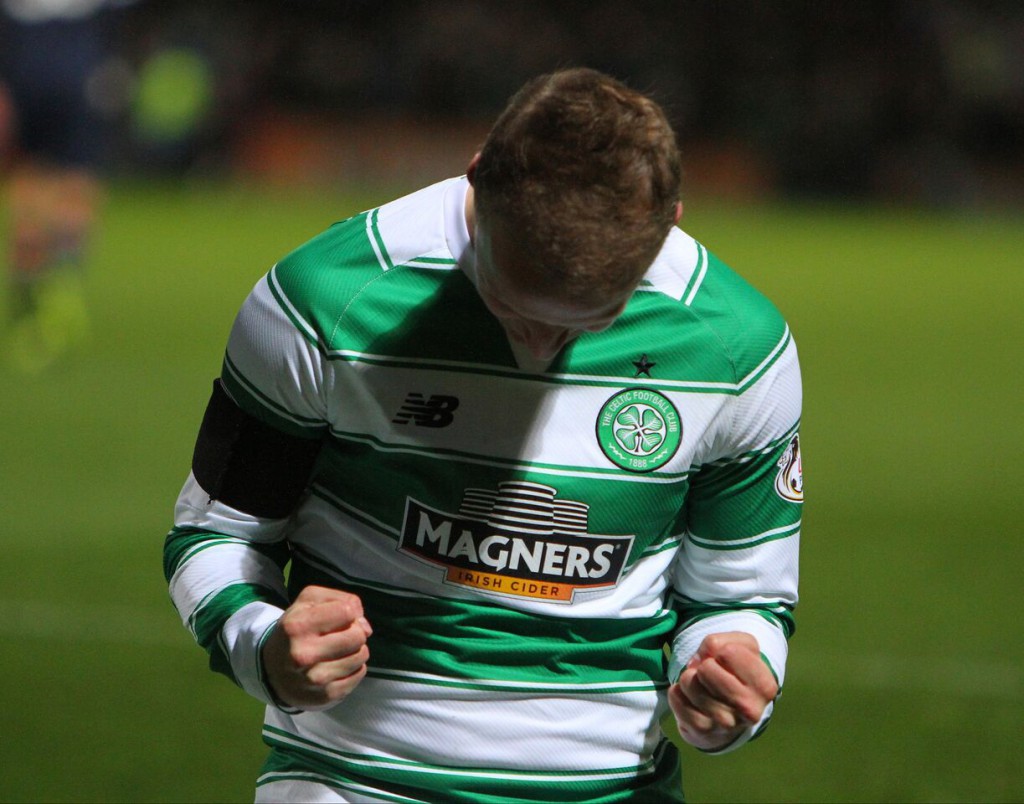 “To score and stay in the top side has got to be my main objective.”
The on-fire Scotland international, who has just picked up the October Player of the Month award, is now only two goals off last campaign’s total of 20.
Remarkably, at the same stage of the season last time around, Griffiths had scored only three goals and was third in the frontline pecking order behind John Guidetti and Anthony Stokes.
Inverness Caley Thistle boss John Hughes watched his two-strike salvo in Dingwall and backed the 25-year-old to break the 30-goal barrier.
He said: “He’ll get well into the thirties, no doubt about that.
“As long as he keeps scoring goals, he’ll keep himself in the team.
“I have to say I have seen a real change in him and his work ethic this season.
“He is really working hard for the team and I am pleased for him.”
Hughes, though, reckoned Griffiths wouldn’t have been too happy against Ross County.
He added: “Leigh came off with 10 minutes to go and reckon he would have been disappointed to be substituted.
“Like every striker, I’m quite sure he would have liked to have remained on the pitch while he still had the chance of a hat-trick.”