CELTIC attacker Leigh Griffiths has been awarded Scotland’s Goal of the Year for one his spectacular free-kick efforts in the 2-2 World Cup qialifier against England at Hampden in June.

It was the Hoops star’s second deadball strike that won the accolade as he put the team in front with only minutes left to play in one of Gordon Strachan’s last games as international manager.

Griffiths left keeper Joe Hart helpless with two long-range drives to give the Scots hope of reaching the World Cup Finals in Russia next summer. 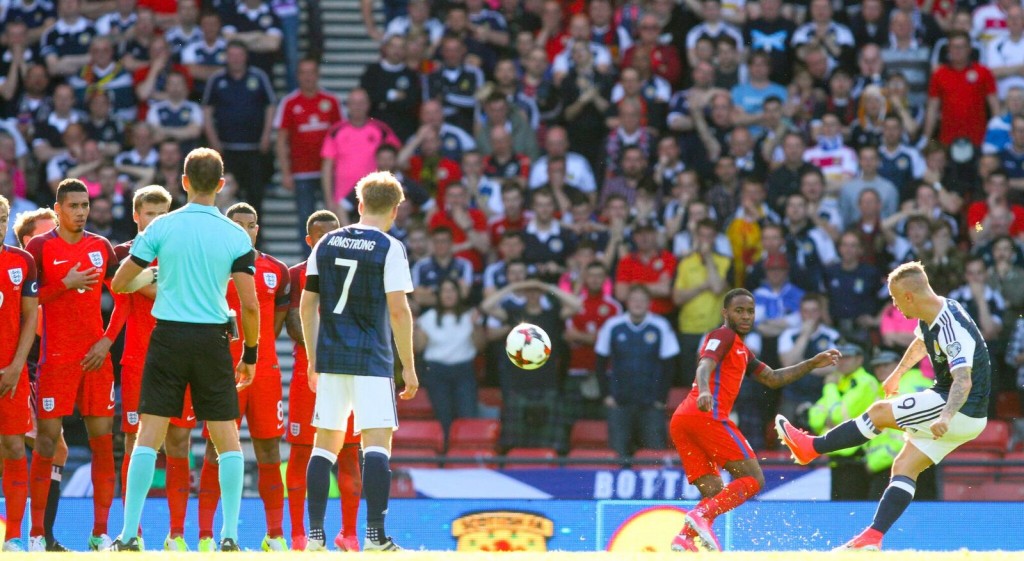 Unfortunately, Harry Kane levelled for the English with virtually the last kick of the ball.

The Celtic striker ‘beat off’ competition from Glenn Middleton for Scotland Under-17s against Montenegro, Andy Robertson against Lithuania and Claire Emslie against Albania.