LEIGH GRIFFITHS fears his Celtic career could be over in TWENTY-TWO days’ time.

The 30-year-year-old striker, who has scored only seven goals for the club in a disappointing campaign, fears his seven-year stay at Parkhead is ticking down to a free transfer.

Griffiths is waiting to hear from club chiefs about a decision on a one-year option which would keep him at the Hoops until the summer of 2022.

The deadline for the extension — worth close to £1 million to the hitman – is April 30, according to a report in the Scottish Sun.

If the club inform him they are not taking up the option, he will be able to exit on a free transfer at the end of the season. It’s an identical situation to the one Griffiths’ friend Anthony Stokes found himself in during the summer of 2016 after his loan spell at Hibs. 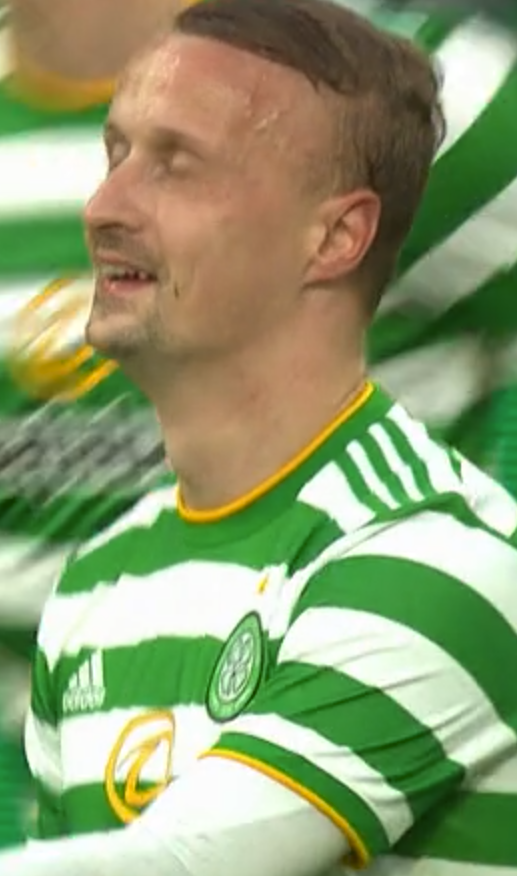 MISERY OF A MISS…Leigh Griffiths looks rueful after passing up a good opportunity against Falkirk at the weekend.

Brendan Rodgers opted against triggering the option and the Republic of Ireland forward moved to Blackburn Rovers, the first club on a nomadic trek through football.

Griffiths lasted just over an hour during a lacklustre performance in the 3-0 Scottish Cup win over League One outfit Falkirk at the weekend. He fired blanks before being replaced by Albian Ajeti.

He was linked with a reunion with close pal Scott Brown at Aberdeen, as CQN reported last month.

Hibs, where the player enjoyed an extended loan spell from Wolves before Neil Lennon brought him to Glasgow in a £1.2million deal in January 2014, will also be interested.

With a new manager still to be confirmed, the clock is ticking on Griffiths’ time at Celtic.