LEIGH GRIFFITHS has been practically written off – by former Ibrox striker Kris Boyd.

The Scotland international frontman has struggled for game time this season and will miss the Premiership visit of Ross County this afternoon with a thigh strain.

Griffiths, 29, of course missed seven months of action due to “personal issues” in the previous campaign.

He came back into Neil Lennon’s plans for this term with the team looking for the magical nine in a row.

Boyd, who quit playing in the summer after two stints at Kilmarnock, is now wondering if it’s all over for the Hoops hitman who scored only six goals last time out and claimed three this term.

The ex-Killie and Scotland frontman, speaking to the Scottish Sun, said: “As for Leigh Griffiths? I don’t know what’s going on there.

“I wish him the best, but I’m concerned if we’re ever going to see him consistently at his best again. 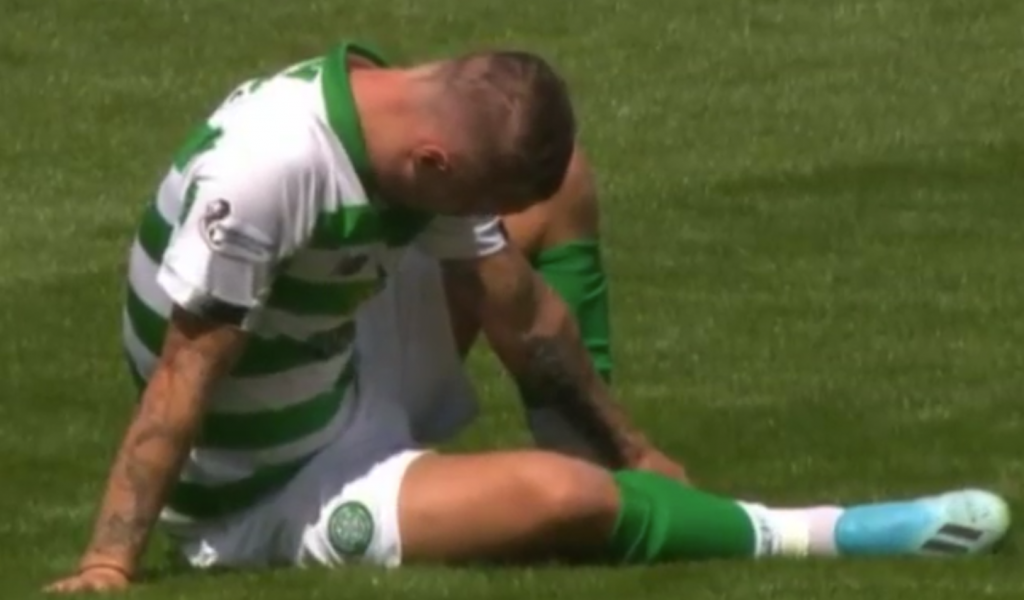 “I can’t help but consider his Parkhead days are numbered.

“He’d already been out for six months and I thought his start to the season with Celtic was the sign of things to come.

“For sure, Scotland manager Steve Clarke badly hoped for that too.

“But now Griffiths is sidelined again, with no sign of a return.”

Lennon brought Griffiths to Parkhead in January 2014 in a £1million deal from Wolves after the attacker’s impressive 18-month loan spell at Hibs.

The Hoops boss took his time before reintegrating the player into his first team plans as support to main man Odsonne Edouard.

In recent games, though, it has been Ivorian powerhouse Vakoun Issouf Bayo who has been challenging for a place in the frontline with Griffiths again on the sidelines.

Griffiths signed a contract extension at the club last year which runs until June 2022.