A DELIGHTED Leigh Griffiths has agreed a four-year extension at Celtic.

The Ton-Up Bhoy, 27, is under contract until 2022 and he said: “It’s been a long time coming, talks have been ongoing for a while and I’m glad to get it over the line.

“The main aim is to be here for as long as I can. For Celtic to have shown that faith in me to sign me for another four years makes me ecstatic.

“From the moment I walked in the door here, this is where I wanted to be for the rest of my life.

“I’ve been here for three-and-a-half years already and to sign another four-year deal is great. 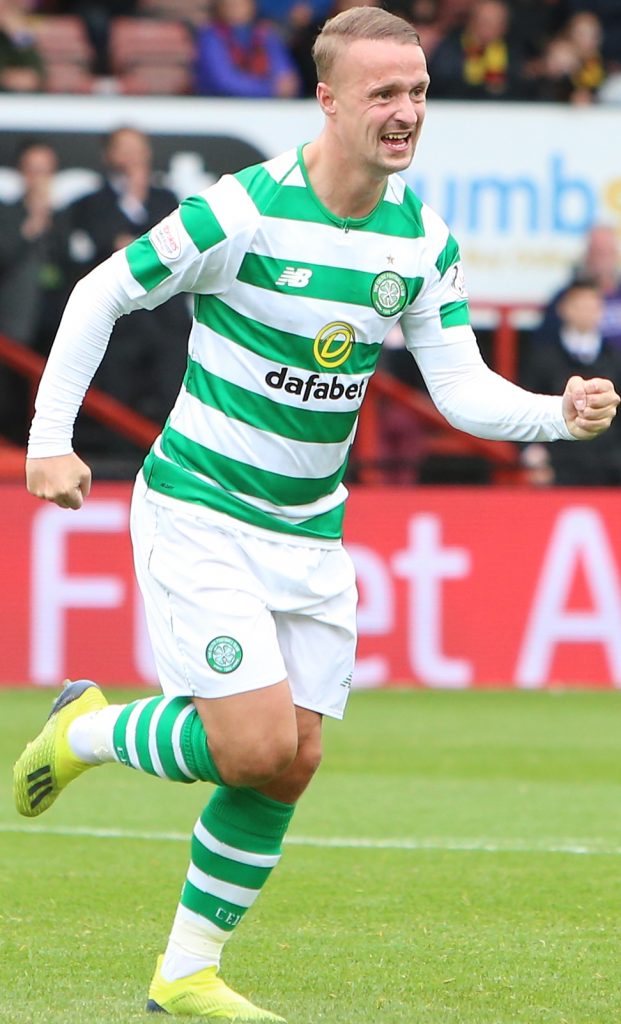 “Celtic is a great club and I wouldn’t want to be anywhere else. I had the opportunity to move, but I wanted to stay and fight for my place.

“I’ve been rewarded with another deal and knowing that I’m going to be here for another four years is great.”

Brendan Rodgers expects captain Scott Brown and Scotland international winger James Forrest, who are out of contract at the end of the season, to follow the lead of the 100-goal striker.

Griffiths became a member of the exclusive Celtic Centurian club when he scored with a trademark free-kick in the 3-0 Europa League qualifer against FK Suduva last month.