Celtic Quick News on News Now
You are at:Home»Latest News»‘GRIFFTHS WILL BE VITAL FOR SCOTS,’ McGHEE
By CQN Magazine on 1st September 2017 Latest News

MARK McGHEE reckons the performance of Celtic striker Leigh Griffiths will be vital to Scotland’s bid to reach the World Cup Finals in Russia next summer.

The international No.2 believes the Hoops attacker, scorer of two breathtaking free-kick goals in the 2-2 draw against England in June, could hold the key to success against Lithuania tonight.

McGhee said: “I think one of the things that was overlooked in the England game was Leigh Griffiths’ overall performance.

“All the talk after the game was about his two goals and they were exceptional. But his performance was excellent.

“To lead the line the way he did against England was just first class. He looked like a player who had gone up another level. 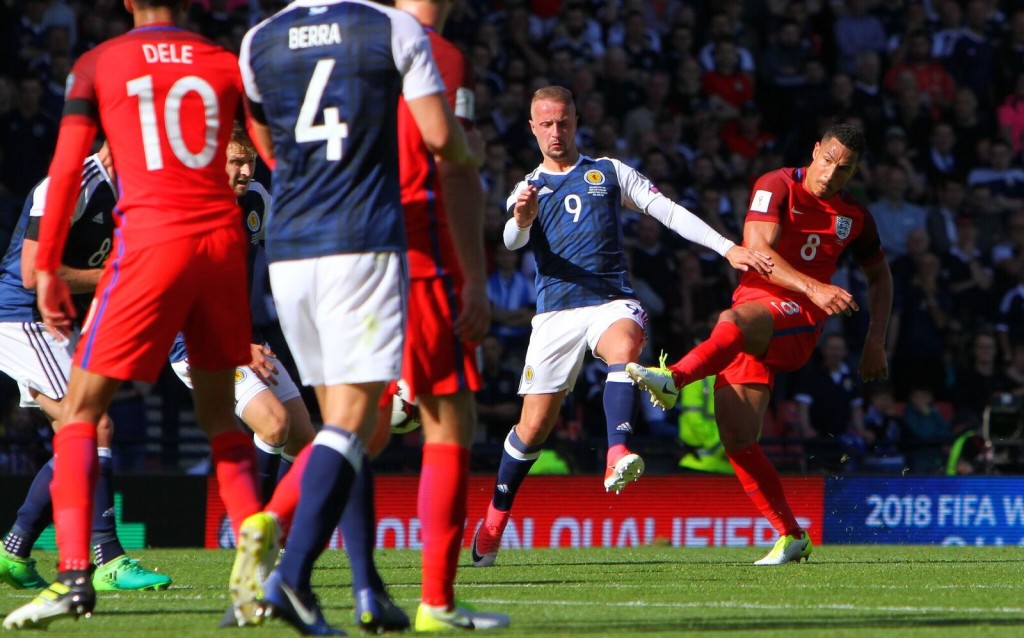 “I said at the time, whatever Brendan Rodgers is doing with them, he’s gone up a level from where he was 18 months ago.”

McGhee is also hopeful the team will experience no problems with the plastic pitch at the Lithuanian national stadium this evening.

He added: “These surfaces are no longer a threat to the health and safety of the players. They are now good.

“Even the older ones, the poorer ones you see that maybe need a bit of work, are still better than they were when we played on a billiard table on top of a bit of concrete or a bit of slate.

“I don’t think it’s in our heads. We are familiarising ourselves with plastic, because there is a different way of the bull running and bouncing.”