The joke was on the Perth side who tried valiantly to end the Hoops’ incredible 34-game winning sequence in the domestic knock-out competitions.

But the towering English shotstopper proved to be unbeatable as he commanded his area with authority and defied his opponents when they got through the visitors’ defence on a few occasions.

The athletic 31-year-old netminder, who put in a Man-of-the-Match performance in the 1-0 victory over Steven Gerrard’s Ibrox outfit that also included a penalty-kick save from Alfredo Morelos in the Betfred League Cup Final in December, is due to leave the champions in June when his season-long loan deal from Southampton expires.

Hoops fans are desperate for the club to get the temporary transfer renewed for another year or, even better, come to a deal that sees the No.1 remain on a permanent basis.

As these CQN images clearly prove, it’s no laughing matter trying to get the ball past the giant goalie who, as we all know, is smiles better. 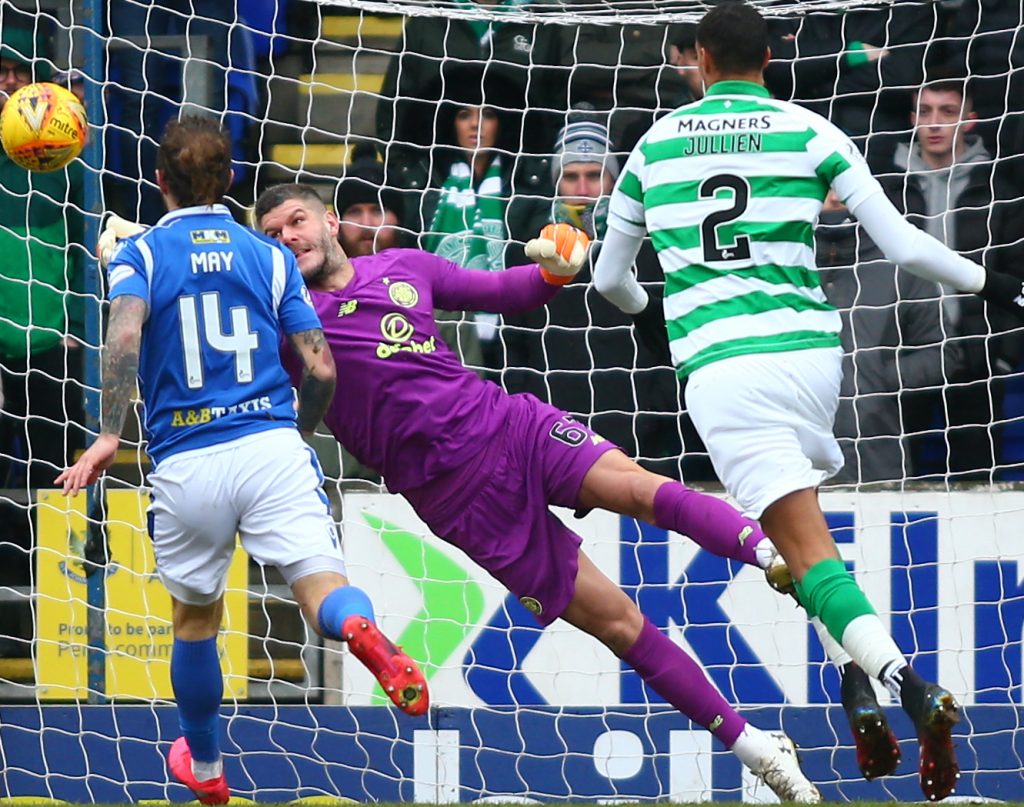 S-T-R-E-T-C-H…Fraser Forster swoops to his right to push away a Saints attempt with Stevie May and Christopher Jullien getting a good close-up view. 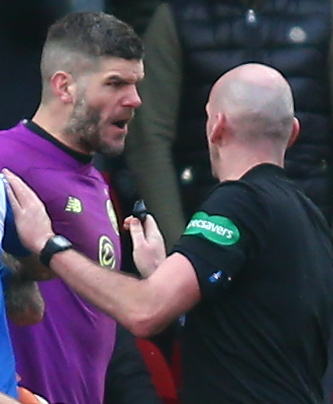 DECISIONS…DECISIONS…and Forster obviously doesn’t agree with this one from ref Bobby Madden. 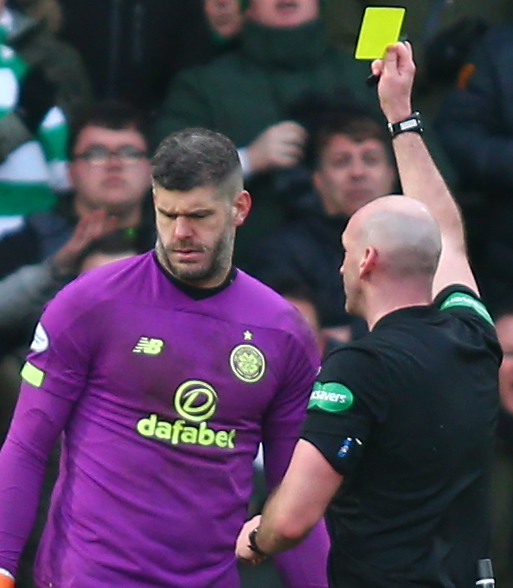 YELLOW PERIL…Madden books Forster who is not amused. 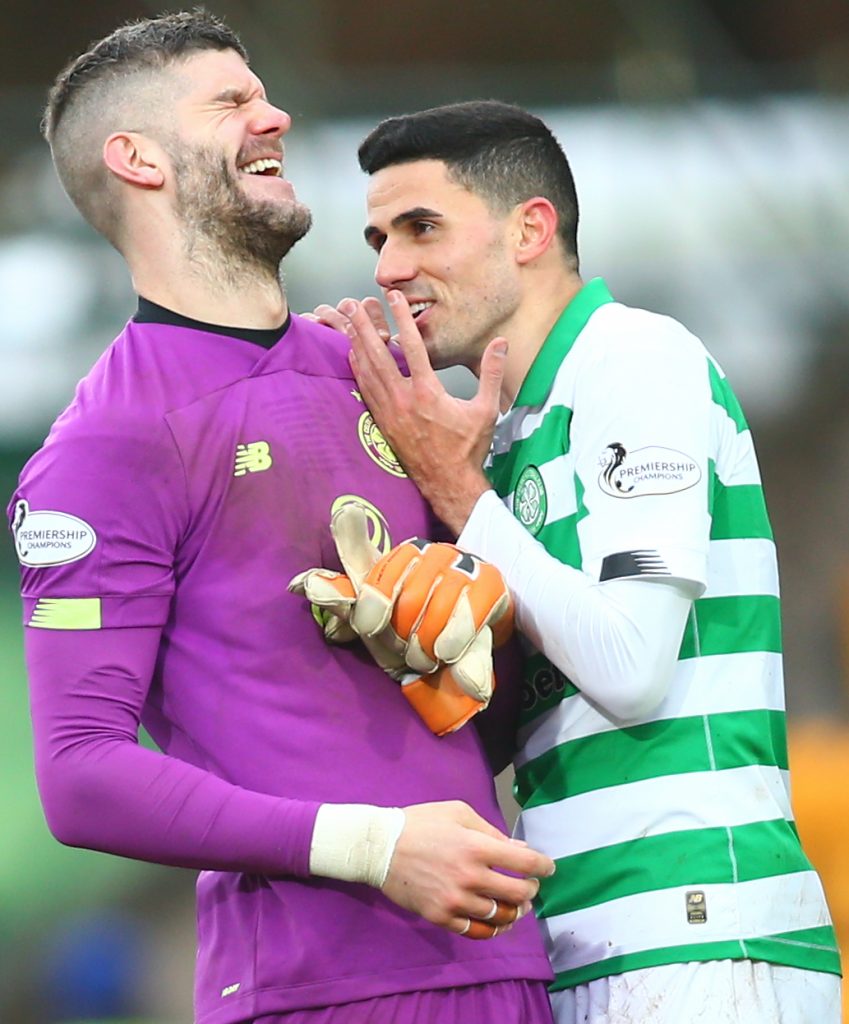 HEARD THE ONE ABOUT…Forster enjoys a joke with Tom Rogic after the final whistle. 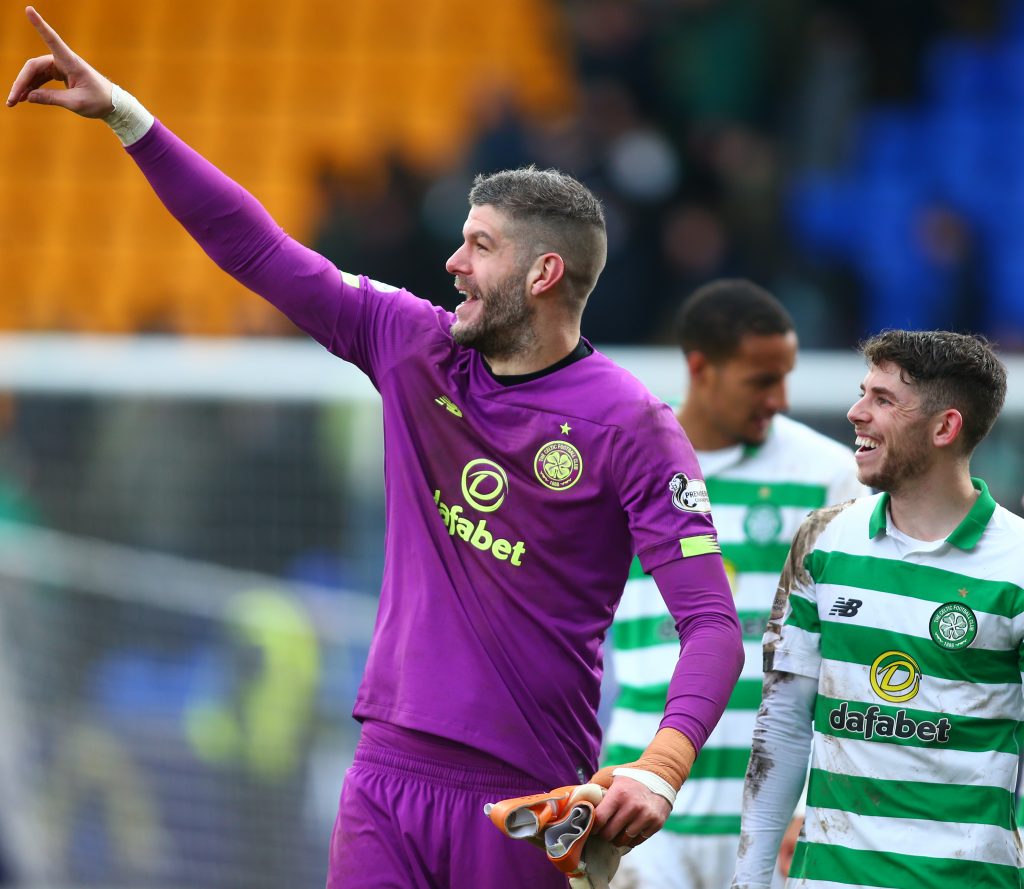 HIGH THERE…Forster makes a point as Ryan Christie gets the joke. 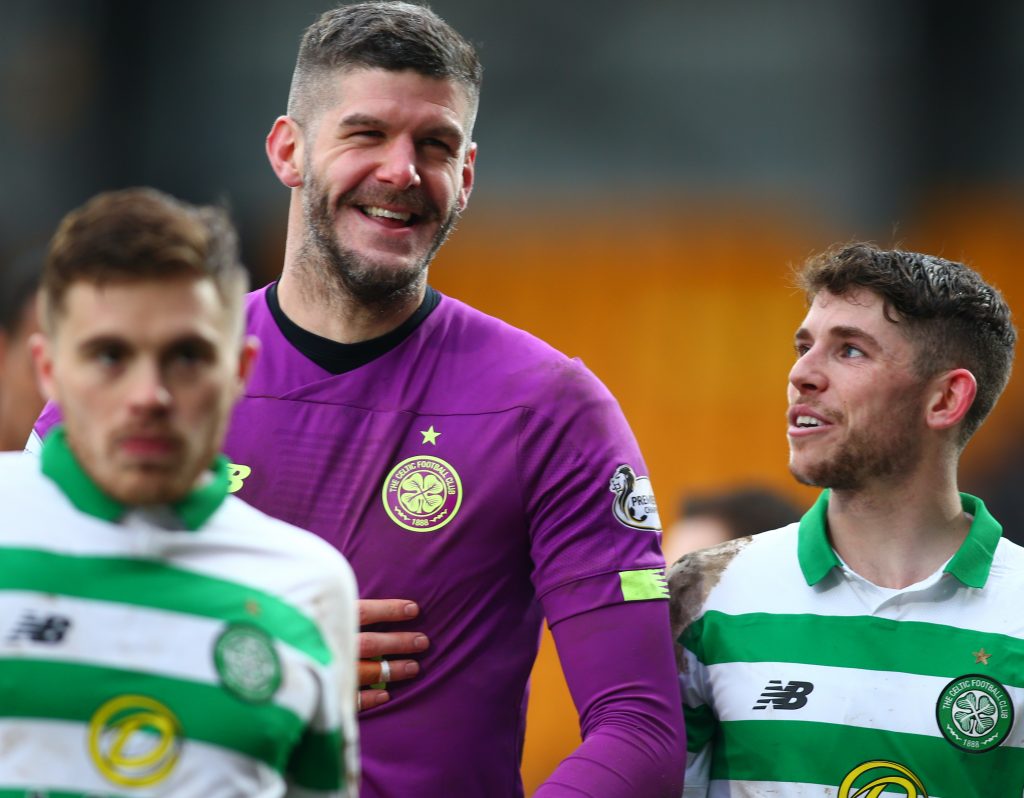 ALL’S WELL THAT ENDS WELL…Fraser Forster looks forward to his grin bonus as he leaves the field with James Forrest and Ryan Christie.