Celtic Quick News on News Now
You are at:Home»Latest News»‘HAMPDEN HEARTACHE WAS A BLESSING,’ BROONY
By CQN Magazine on 11th May 2018 Latest News

SCOTT BROWN has revealed the Scottish Cup semi-final penalty-kick shoot-out failure against Sevco Rangers in 2016 was the turning point in his career.

The Celtic captain missed from the spot, along with Callum McGregor and Tom Rogic, as Ronny Deila’s team were sent crashing to the Ibrox side who weren’t in the top flight at the time.

Brown, 32, who will be named the Scottish Football Writers’ Player of the Year on Sunday, believes it was a blessing in disguise.

Looking back at his Hampden heartache, he said: “We looked sloppy all over the park in that match. I have a lot of responsibility in the middle of the park and I didn’t turn up that day or feel I could keep pushing myself.

“But it’s probably the best thing that ever happened to me. I was determined to prove a point to everyone because people were saying I was finished and that my legs were gone.

“People were talking about me retiring, but now there’s no chance of that happening in the next three or four years.

“As long as I keep producing the statistics I’m hitting just now and maintain my energy levels in the off season then I’ll go on as long as I can. 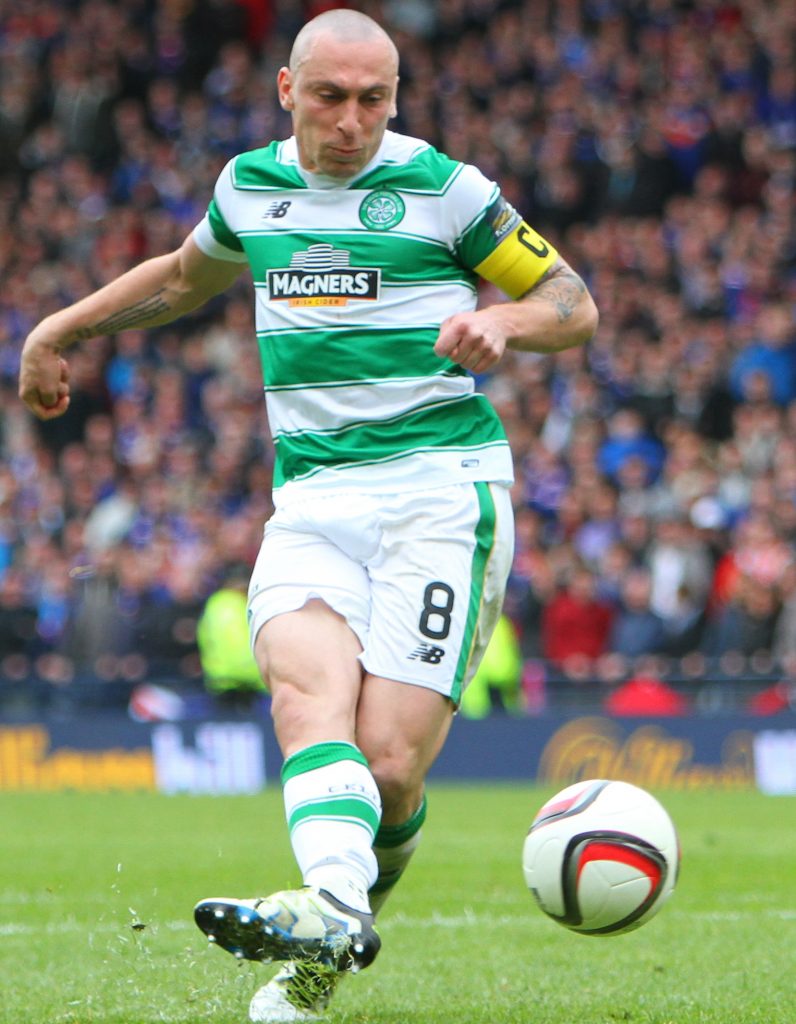 “I spoke with Gordon Strachan after that semi-final. I sat down, had a conversation and it was Gordon who convinced me that just because I was 30 I shouldn’t believe everyone who says your legs have gone.

“That was huge. Gordon played on until he was 40, eating bananas and porridge and James Forrest now has two bananas every day because I told him that story – and I didn’t even know if it was true!

“Gordon played in the English Premier League and it shows if you look after yourself, continue training and don’t get too many bad injuries you can keep going.”

Brown added: “When I first met Brendan, I said I would manage two years maximum, but he said if I got fit and looked after myself we’d see how it went and he was right because I’m still pushing on.

“He wanted me in his plans for the next couple of years and to make sure I stayed injury free and as fit as I possible could be.

“I worked as hard as I could. Then in the first couple of weeks I got injured. It was hard around then as in the first competitive game against Lincoln Red Imps we lost in Gibraltar.

“But the conditions and pitch didn’t suit us. We knew it would be totally different once we got them back to Celtic Park.

“Then our style slowly came through. Month by month, we got better. We understood our roles and the way the manager wanted us to play.

“I went back to Scotland later that season and we did some running – I was flying and keeping up with the quicker ones and that showed I could keep pushing on.

“I’m still enjoying it and I’ve won a lot of awards this season, but the main thing is we’re playing good stuff and winning.

“These awards still mean as much to me. In the last couple of seasons, since the manager has come in, everyone has been on top form.

“I’ve enjoyed it and been free of injury, as well. That has helped me get nominated for the awards, pick up trophies and play as many games as I have.”