Celtic Quick News on News Now
You are at:Home»Latest News»‘HAMPDEN WIN AS GOOD AS 5-1 VICTORY,’ SCOTTY SINCLAIR
By CQN Magazine on 24th April 2017 Latest News
SCOTTY SINCLAIR reckons Celtic’s performance in dismissing the challenge of Sevco Rangers at Hampden yesterday was every bit as impressive as the Hoops’ 5-1 pulverising of the Ibrox men in September.
The flamboyant attacker took his goal tally to 24 when he swept a second-half penalty-kick beyond Wes Foderingham in the 2-0 Scottish Cup semi-final success to edge Brendan Rodgers’ men to within one game of the magical treble.
The champions knocked out the same opponents at the semi-final stage of the League Cup in October and have won two of the three Premiership games and drawn the other. 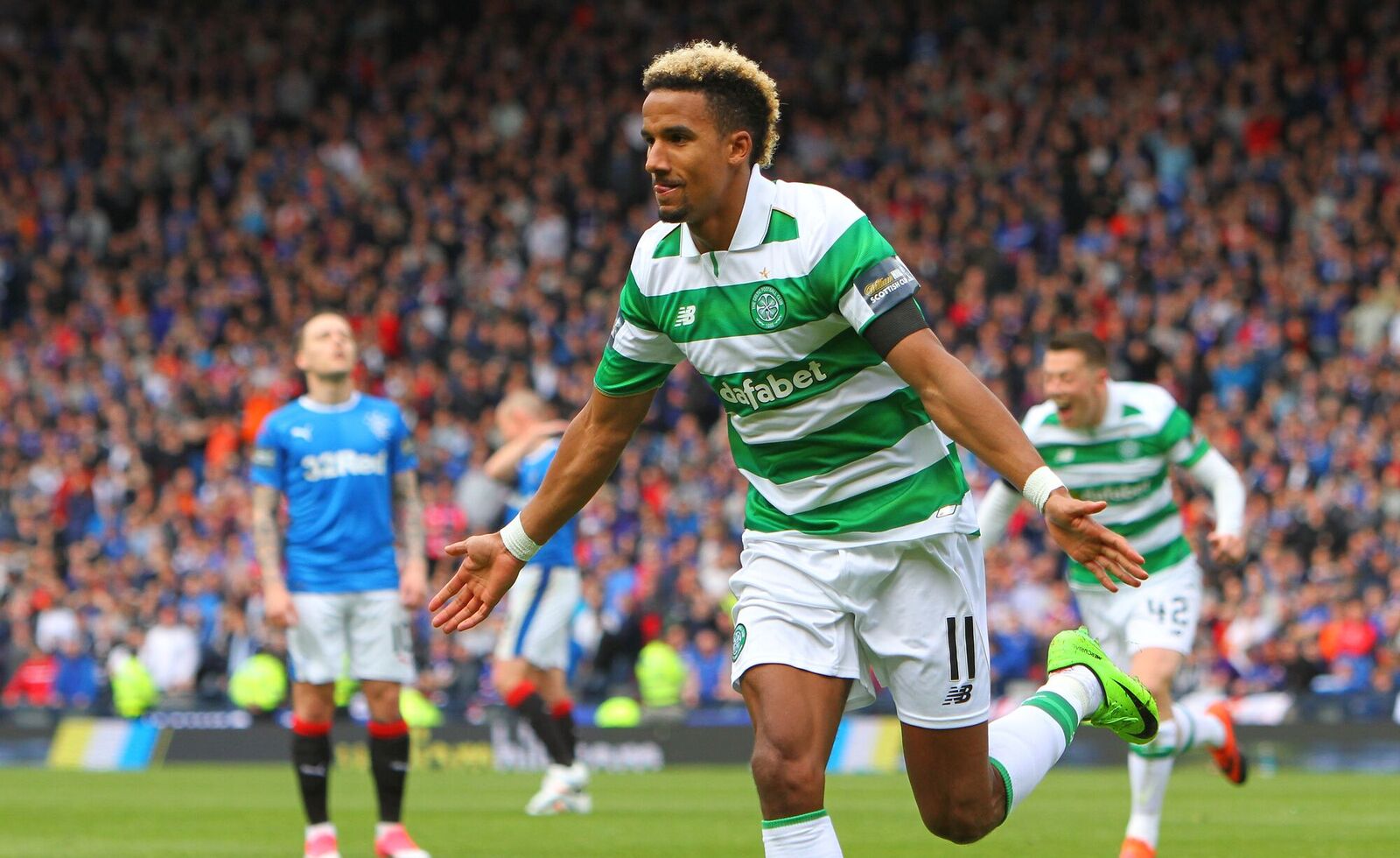 Sinclair, bought for £4.5million from Aston Villa in the summer, believed his team were going to win even BEFORE they left the dressing room.
He said: “Hopefully, we disproved Rangers (sic) are closing the gap on us with the way we keep winning every week.

“It’s a great feeling to win and there’s a lot of relief in the team, but the thing is that was one of the best performances we’ve had all season.

“It was definitely as good as the 5-1 game in terms of the way we controlled the game from start to finish, the way we set up and the chances we created.

“It was excellent. The belief we had as a team was the most pleasing aspect right from the start.

“From the dressing room and going out on to the pitch, there was just a feeling everyone was on it.

“As a player when you go out on to the field, you sometimes just feel good and you can tell the team is feeling good.

“There was no doubt we knew we were going to win.” 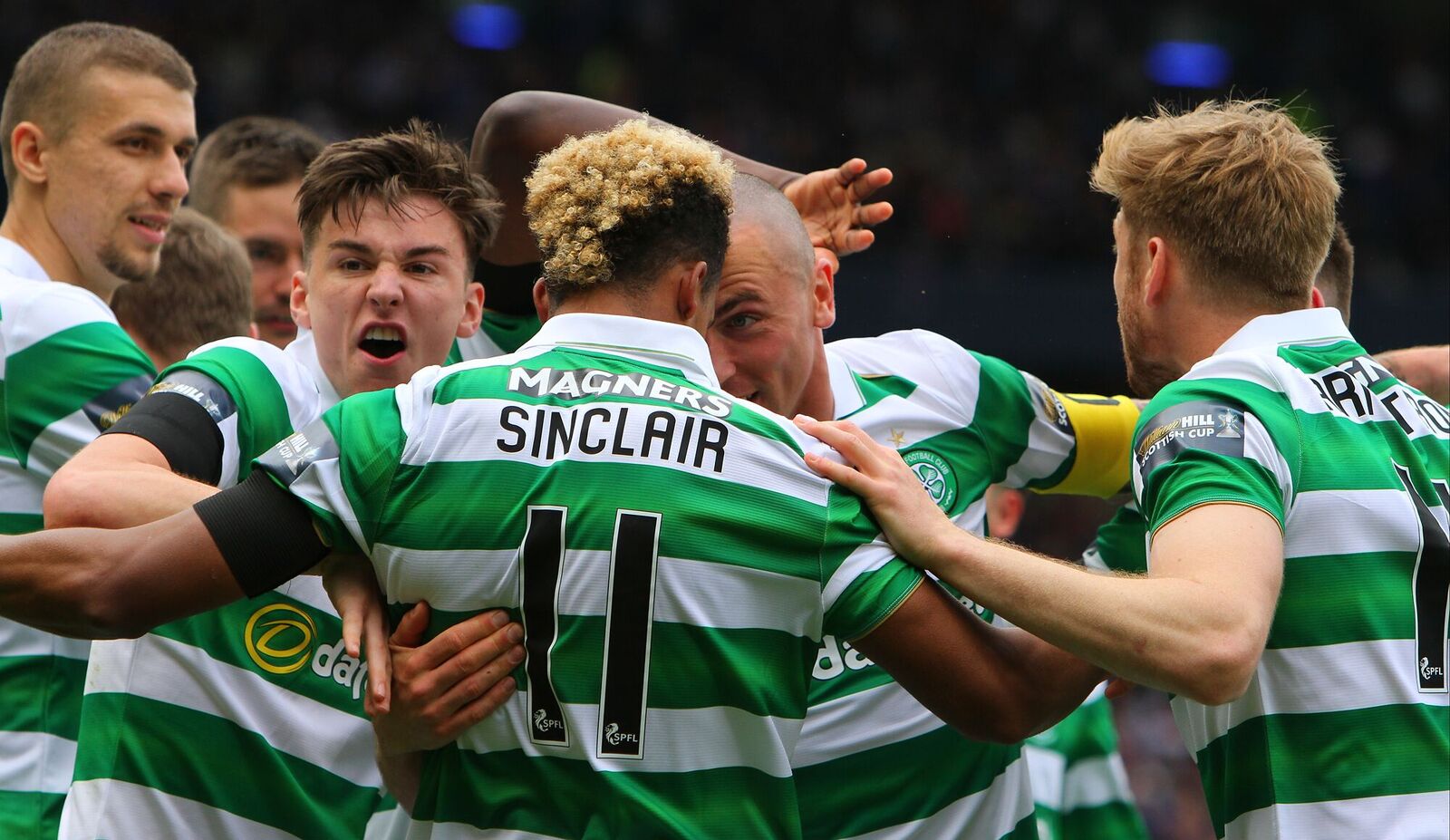 Sinclair admitted: “In the last three weeks, we haven’t played our best football.

“We have won the league and we are giving a hell of a lot to keep going and to keep proving ourselves.

“The last time we played against Rangers (sic) we drew and we didn’t really play well.

“We looked back at it and asked how we could get back to our very best against them.

“It goes to show we knew how to get the job done.

“It was probably one of the best performances this team has produced.

“I wasn’t surprised they set up defensively because we have so much belief in our team and we just set up the way we are going to and worry about ourselves.

“You can see with the way teams set up they are trying to defend and trying to stop us, while we are going out and trying to win the game. Any opposition we play against are more defensive. 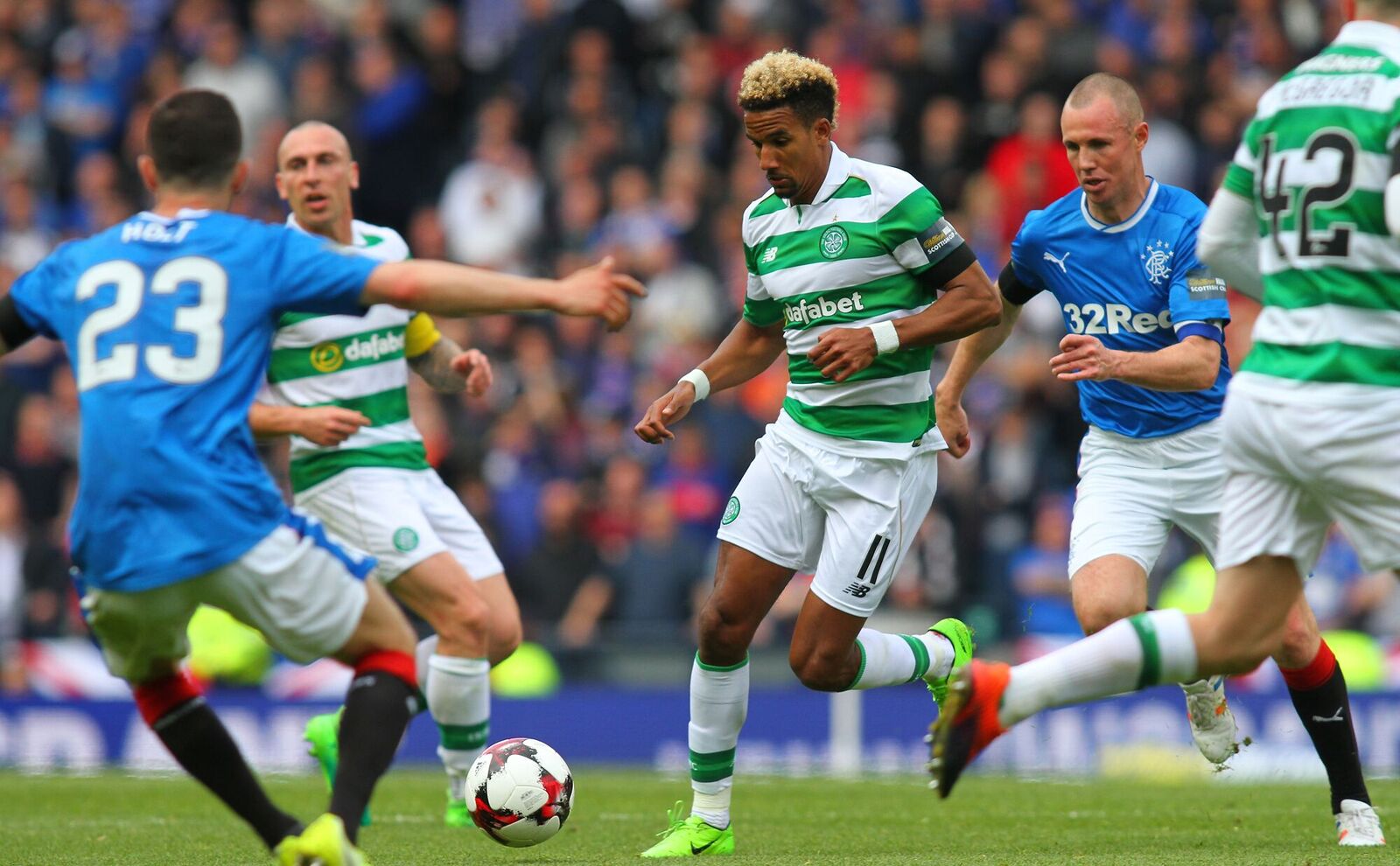 “But we don’t really worry about how they are setting up or what they are doing, we just think about ourselves and make sure we get the job done.”

Celtic face Pedro Caixinha’s team at Ibrox on Saturday and Sinclair added: “I’m sure their manager will go back and look at the game and decide his formation and changes from that.

“But if we go out and play like we did on this occasion, then we should win the game again.

“How their manager wants to set up is totally up to him, but we just concentrate on ourselves and with the way we’ve been winning games every week – the team spirit in the camp is great.

”I wanted to redeem myself because the last penalty I took was in the league against Partick Thistle and I missed.

“There’s more pressure in this game, but when I stepped up I wanted to put it away and did that.

“Moussa Dembele had come off so it was up to me to step in and I’m always confident.

“You just have to make sure you get your head down and score the goal.”