BRENDAN RODGERS will tell Lille they have NO chance of signing Jozo Simunovic.

The French outfit have been linked with a £5million move for the Celtic central defender, but they are wasting their time, according to the Hoops boss.

Dedryck Boyata and Mikael Lustig are set to miss key Champions League qualifiers due to their World Cup involvement and Rodgers is not interested in letting Simunovic leave.

He said: “I wouldn’t encourage a move for any player. We need as many of them here for as long as we can to help us.

“So, at this moment in time we wouldn’t be overly interested.”

Rodgers has trust in his back four and insists they will continue to improve as they gain experience. 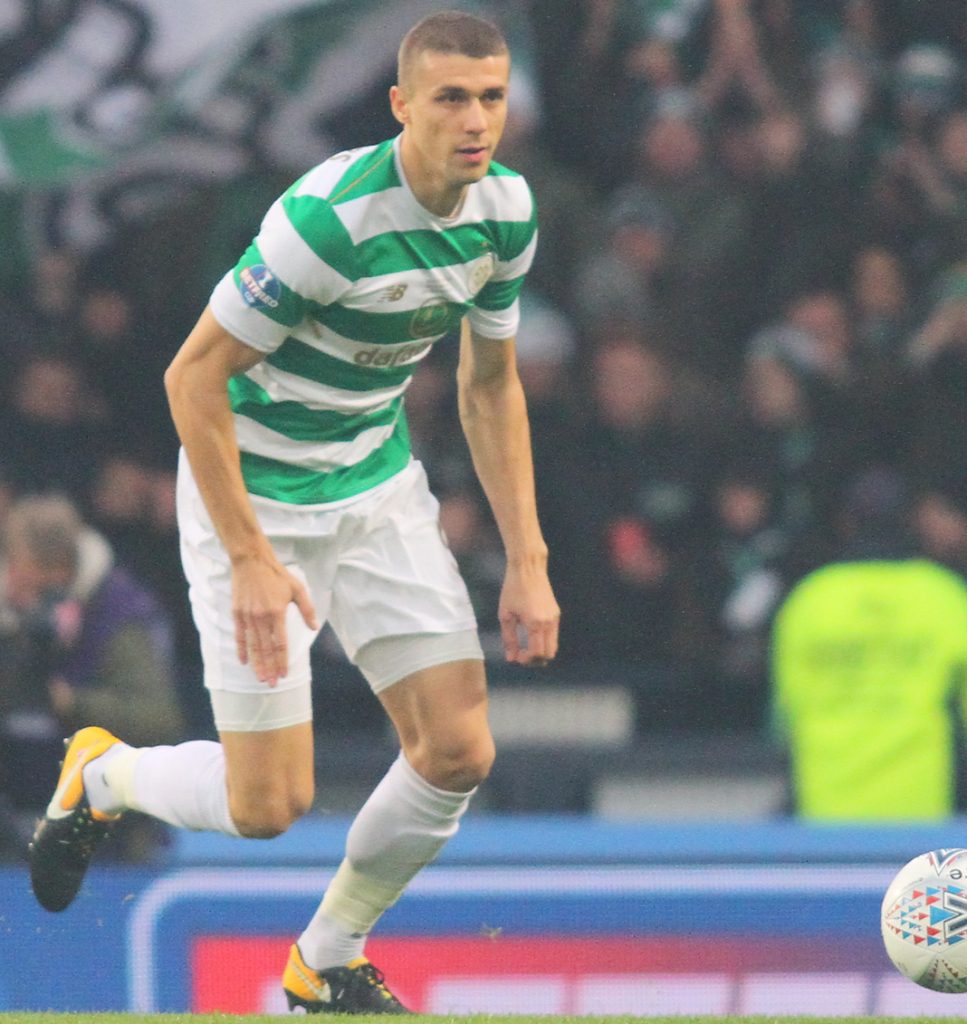 FRENCH FANCY…Jozo Simunovic is being watched by Lille. Pic: Geo.

Boyata has played in all three of Belgium’s group games in Russia – including the 1-0 win over England – and is likely to be in place again when they face Japan tomorrow night.

Lustig has also played a starring role as Sweden have reached the knock-out stages where they will meet Switzerland on Tuesday afternoon.

Rodgers added: “I said a few weeks back that if Billy McNeill and Roy Aitken were our pair at centre-half, people would still be moaning.

“I get the chance to work with the guys every day. Like me, they are not perfect, but we do our best.

“I trust these guys. Look at Dedryck and the level he can play at for Belgium – he has done that many times for me.

“Mika is also in the knock-out stage with Sweden who topped their group.