However, there was a time when Celtic came so close to losing out in bringing in the fans’ favourite from Feyenoord.

Hoops icon Davie Hay revealed all in his autobiography, ‘The Quiet Assassin‘, co-authored by his close friend Alex Gordon.

Here is the tale that will send a shudder down the spine of the Parkhead faithful! 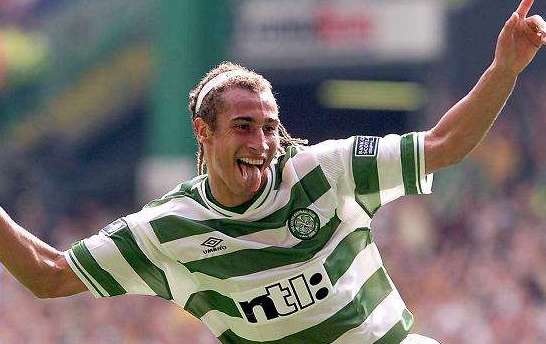 I was in a quandary because Tommy, Billy and I were a team behind the team. However, Celtic wanted me to stay on and, after a lot of soul searching, I agreed. What would the point of us all being out of a job? I decided to remain and discuss things with Wim. I’m glad I did. He was an impressive bloke and his ambition was obvious a couple of minutes into our wee natter. He wasn’t in Scotland to top up his pension. He was here to do a job for what he called ‘one of the most famous football clubs in the world’.

‘When I met up with Rob in his office, Henrik, his wife Magdalena and baby son Jordan were there, too. The fee had been set at a mere £650,000. It was more of a steal than a deal. There was a clause in the player’s contract that would allow him to move on if Feyenoord received such an offer.

It was obvious that Wim knew the ins and outs of Henrik’s contract and the Swede was as eager to come to Celtic as we were to have him. I had seen him play as an out-and-out left-winger for the Swedish international side and had always quite liked the look of him. He had a fair turn of pace and excellent ball control.

I didn’t realise then what a place he would take in Celtic history and the part he would play in revitalising the club. As Henrik, Magdalena and Jordan sat in the corner, Rob suddenly became very serious. He was a businessman, after all, and, while wanting his best for his client, he wanted a good deal for himself. That seemed fair.

I was asked to see if Rob would modify his cash demands. He proved to be every bit as stubborn as Fergus. It was going to be £140,000 or there was every likelihood that the player would be moving elsewhere. Can you get your head round that thought? Now, as I said, I had a good relationship with the agent and we had worked together before when I helped to bring Pierre van Hooijdonk to Celtic in 1995.

Rob, rightly or wrongly, didn’t think he received a proper percentage of that £1.1million move. He was going to get his money’s worth on this occasion. I realised he was not bluffing. I telephoned Jock again and emphasised that we should pay the £140,000 without a quibble. There was no room for manoeuvre. I reasoned that Celtic were getting a world-class player for well under £1million and that figure seemed to be the starting point in transfer bids for distinctly average players around that time. I said, ‘Make it happen.’

Rob agreed to wait for one more day and, thankfully, Jock didn’t hesitate. He was sent over, completed the negotiations and, on July 27, 1997, the club had a rock-solid contract signed, sealed and delivered. Celtic had just landed a legend for £650,000. It must still rate as one of the greatest transfer deals in the history of football.