JONNY HAYES has targeted Hearts and a May 25 Scottish Cup final appointment to end his three years of Hampden heartache.

The Celtic winger played a huge role in yesterday’s 3-0 triumph over his former side Aberdeen to make sure of a grand finale against Hearts at the national stadium next month.

With the eighth successive title just about wrapped up, the Hoops will go into the meeting with the Tynecastle outfit knowing a historic treble treble is only 90 minutes away.

Hayes is hoping to play his part in the club’s phenomenal achievement of winning nine domestic honours in a row over a three-year period.

But he knows Hampden has not always featured in his happy hunting grounds. 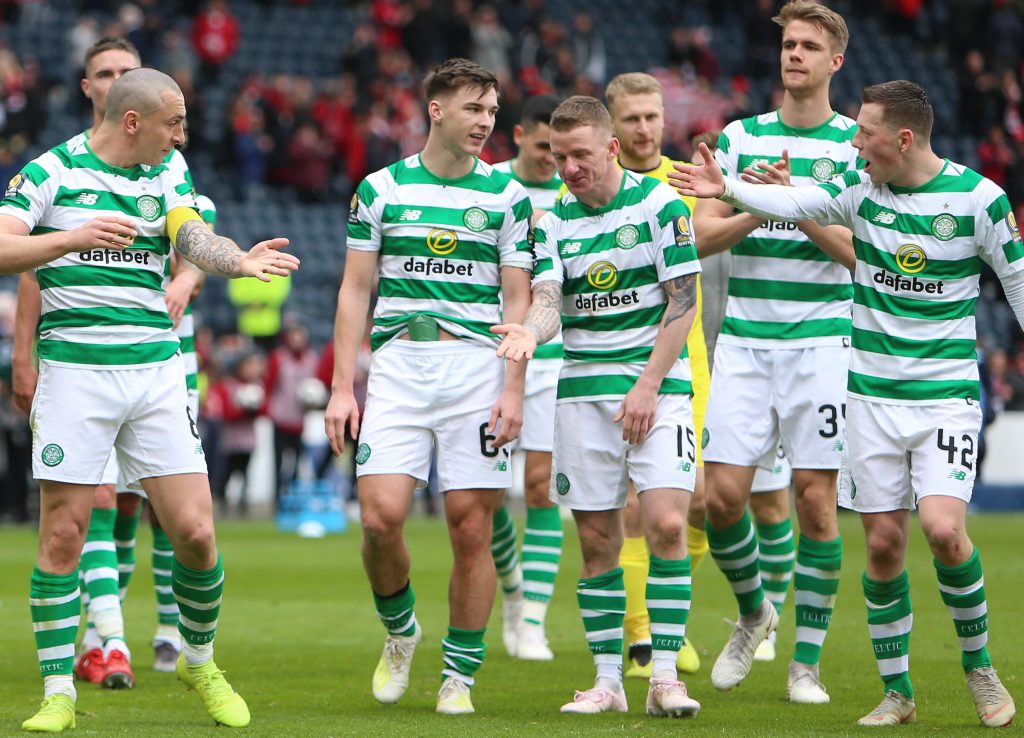 HAPPY DAYS…Jonny Hayes celebrates with the Celtic players after yesterday’s 3-0 win over his former Aberdeen side.

The 31-year-old attacker scored for the Pittodrie men in the 2016/17 Scottish Cup Final, but the Hoops roared back to win 2-1 with Stuart Armstrong levelling and Tom Rogic claiming a dramatic late winner.

He was forced to watch last season’s Final from the stand after snapping a leg in a Premiership game against Dundee at Dens Park on Christmas Eve.

Hayes, speaking to the Evening Times, said: “It’s been tough. The broken leg was a major setback, just as I was finding a bit of form and having a run in the team.

“It came at the worst possible time because not only did I then miss the rest of the season, but I started the following one a couple of weeks behind everyone else, as well.

“Then it took me a while to get going, but our medical people and sports scientists have been brilliant with me and everyone else at the club.

“They keep you sharp even when you’re not playing so that – whether you’ve been out for six days or six weeks – you can come straight back in and do a job.

“I was at the Final against Motherwell last year with my little boy, but I’m looking forward to playing in it this season.

“Football’s a lot more enjoyable when you win games and we knew exactly what was at stake here. Our game plan worked perfectly and it didn’t matter whether we won it with a 90th-minute goal or, as it happened, with a comfortable 3-0 – our job was to get to the Final.” 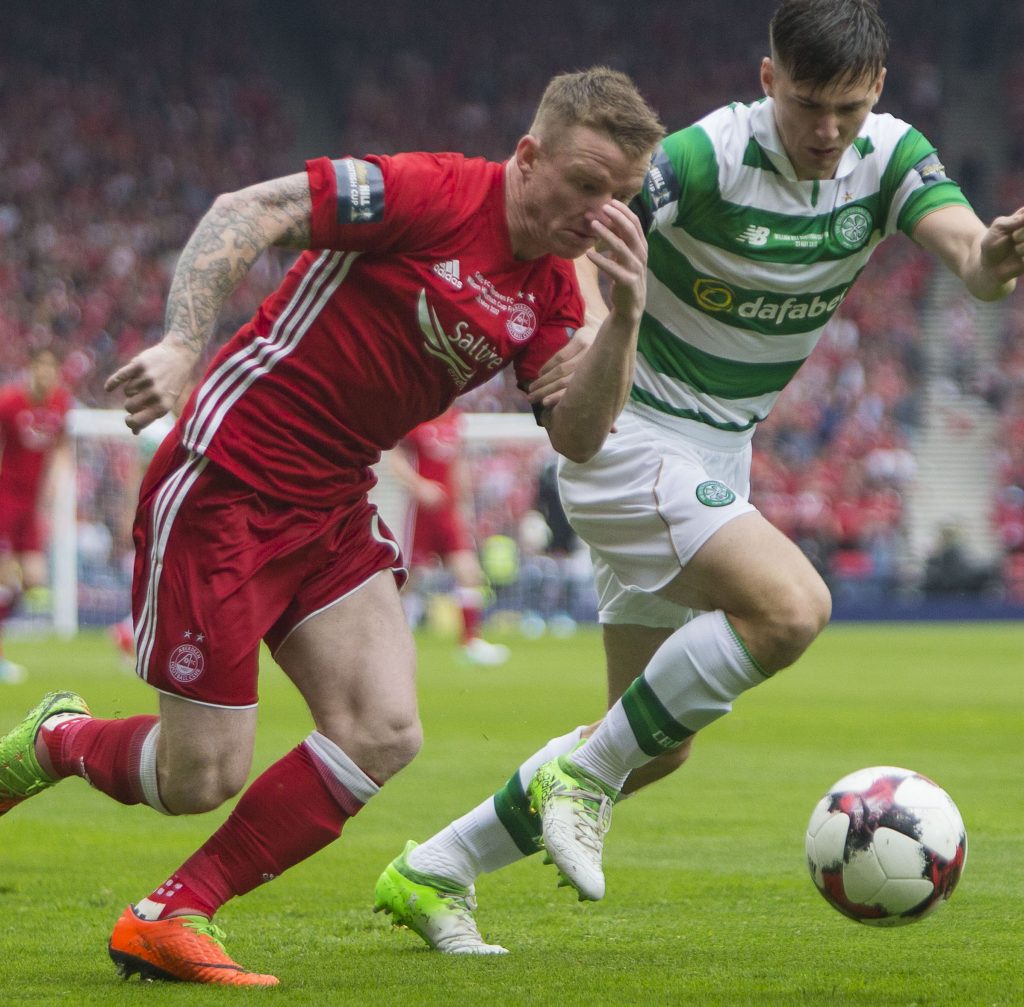 THE RACE IS ON…Jonny Hayes versus Kieran Tierney in the Scottish Cup Final in 2017.

He added: “Since the manager’s come in, he’s been very positive with me. He gave me the chance to play against Rangers the other week and now he’s fielded me in a semi-final – obviously, I’m grateful for that.

“The slight adjustments he’s made have benefited me, that’s for sure. He’s someone who’s been involved with Scottish football for a long time and his personality means that he commands respect – even before I signed for Celtic, any time I met him I had to call him ‘gaffer’!

“We’ve always got on well and the way he wants his teams to play suits me. He’s been happy with what he’s seen from me at training. He didn’t have a special pep talk for me when he arrived, though – it was more about continuity.

“He didn’t want to disrupt anything because Brendan Rodgers had done a fantastic job, so he just wanted everyone to keep doing what we had been doing.

“We have a big squad and everyone wants to play and is good enough to play.”