Celtic Quick News on News Now
You are at:Home»Latest News»HART AIMS FOR LEVEL ‘THAT KEEPS ME IN THE TEAM’
By CQN Magazine on 15th December 2021 Latest News

JOE HART is a mere four days away from lifting his first silverware as Celtic goalkeeper with the Premier Sports League Cup Final against Hibs at Hampden on Sunday coming up fast.

The 34-year-old 75 times-capped England international netminder is within touching distance of a winners’ medal only 31 games into his Hoops career following his £1million arrival from Spurs in early August.

Hart, who has proved to be the bargain-buy solution to the team’s No.1 problem last season after Vasilis Barkas, Scott Bain and Conor Hazard made unconvincing appearances, is fast becoming a fans’ favourite with his consistency and composure. 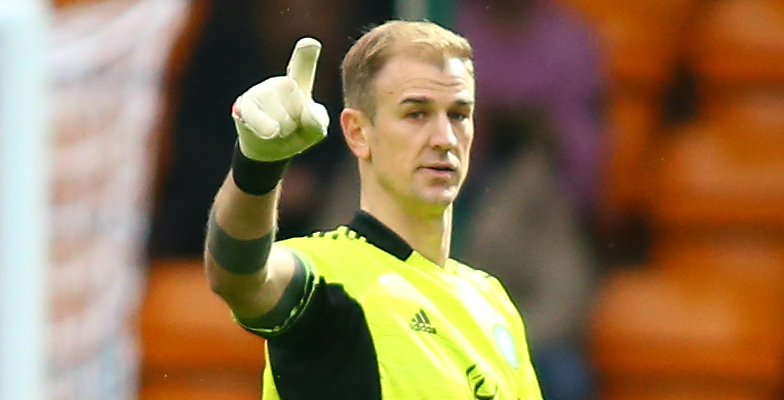 NUMBER ONE…Joe Hart has been a sensation since his £1million arrival from Spurs.

However, the one-time Manchester City shotstopper is refusing to look ahead to the showpiece finale against the Easter Road outfit at the national stadium and is concerned solely on tonight’s Premiership visit to Dingwall to take on Ross County who inflicted a defeat on the Celts the last time the clubs met in the Highlands.

A single goal saw the relegation-threatened home side win on a cold, damp Sunday night on February 21 – and two days later Neil Lennon’s second stint as Parkhead manager came to a halt amid the debris of a dreadful campaign that saw the side stumble through without a trophy to show for their efforts for the first time in 11 years.

That awful recollection can remain in the past, though, and Hart will be part of the new-look Hoops outfit that is unbeaten in their last 13 domestic games and are looking to add ex-Celt Malky Mackay’s team to the list on this occasion.

WELL SAVED…Joe Hart dives to push away a point-blank header in Celtic’s 3-0 win over Ross County at Parkhead on September 11.

The experienced keeper, speaking on Celtic TV, admitted: “It’s going to be tough, it’s a big trip for us and we’re light on a few bodies, but I think it was proved in the Betis game that the boys are training and doing all the really hard work that we appreciate in the background, that people don’t necessarily see.

“And we have full confidence with the guys who are either coming in or coming off the bench and representing us.

“The games have been coming thick and fast since I arrived. I’ve played 28 games and it’s been two games a week, so it’s been constant, but that’s what you sign up for when you play for this club. 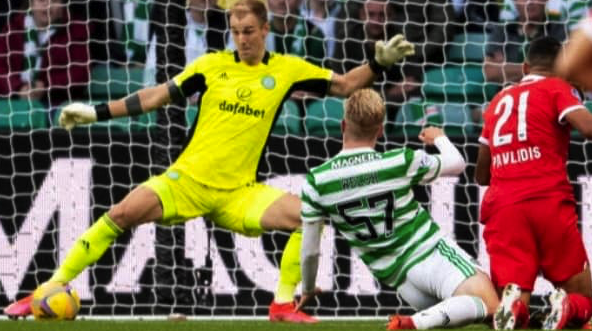 S-T-R-E-T-C-H…Joe Hart denies AZ Alkmaar in Celtic’s 2-0 win over the Dutch side in the Europa League qualifier in Glasgow on August 18.

“We’ve got a good strong squad and we’re having to use it at the moment, but it’s all part of the process.

“We’re not in the game for preferences, we’re here to play Ross County and that’s our sole focus. It’s a cliché, but it’s so true that all we’re focused on is tonight.

“We’re winning which is the most important thing and I’m enjoying being part of that – being here and being a part of the club.

“And I get the most enjoyment if I can keep trying to perform and stay at a level that keeps me in the team.”