JOE HART will miss out on the chance of having the last laugh on Spurs after quitting the London club in a £1million switch to Celtic at the start of August.

The 34-year-old 75 times-capped England goalkeeper was told bluntly by manager Nuno Espirito Santo he would never again play in the first team.

Ange Postecoglou, on the look-out for a new netminder after failing to be convinced by Vasilis Barkas and Scott Bain, swooped to get the experienced Hart on a three-year deal. 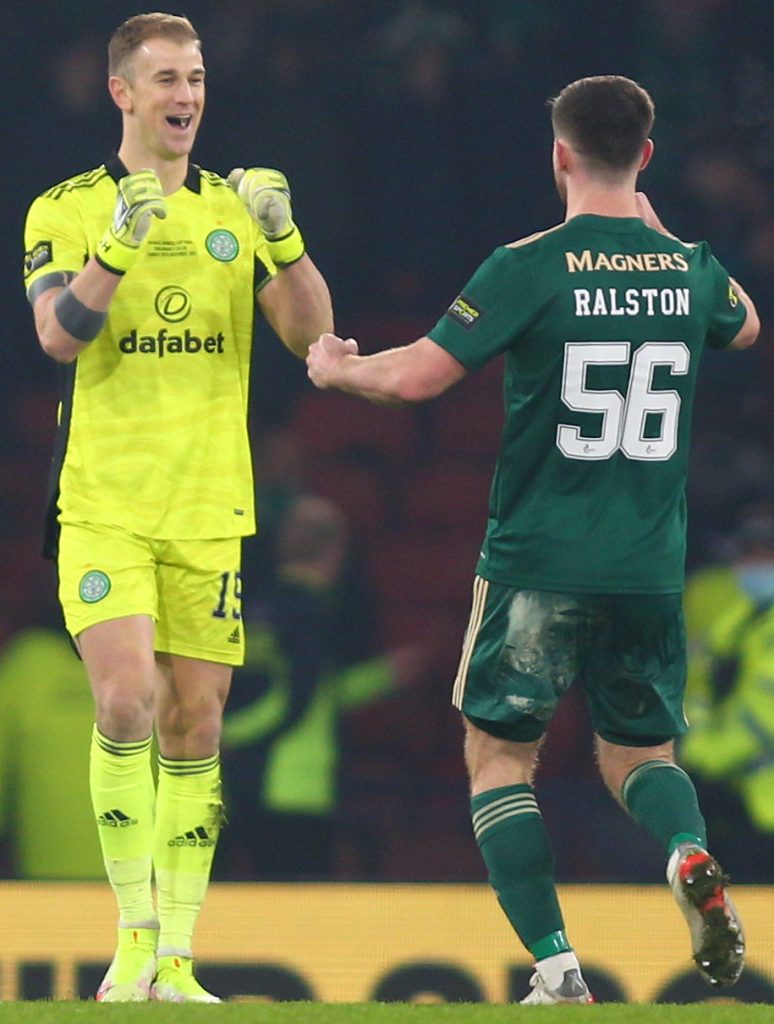 A BIG HAND FOR THE BHOYS…Joe Hart and Anthony Ralston celebrate the League Cup Final success. 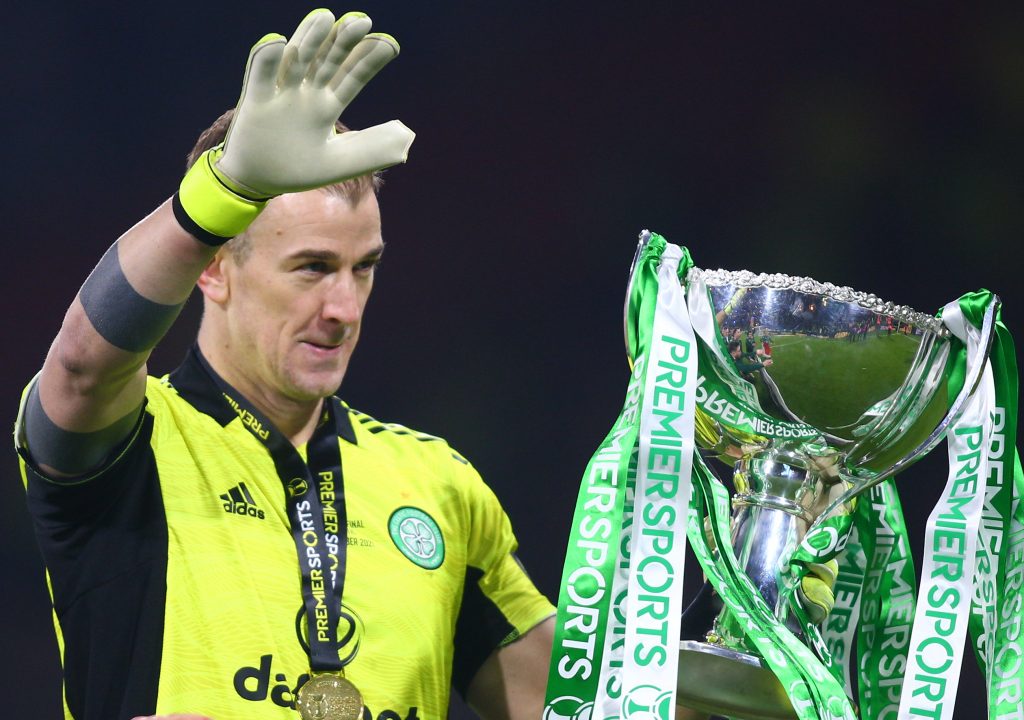 THE CUP THAT CHEERS…Joe Hart and the newly-won trophy at Hampden.

The shotstopper won his first medal in Scottish football yesterday as he made two superb second-half saves in the Parkhead side’s 2-1 Premier Sports League Cup Final victory over Hibs at Hampden courtesy of two brilliant strikes from Kyogo Furuhashi.

However, Hart will NOT be afforded the opportunity to put up the shutters against his old club in the Europa Conference League – if, of course, the Hoops overcome Bodo/Glimt in the first knock-out stage with the first leg against the Norwegians due in Glasgow on Thursday February 17.

Spurs, now managed by Antonio Conte after the Portuguese coach was sacked following a sequence of disappointing results, have been eliminated from the competition when UEFA confirmed their postponed fixture against Rennes would be deemed as a forfeit. 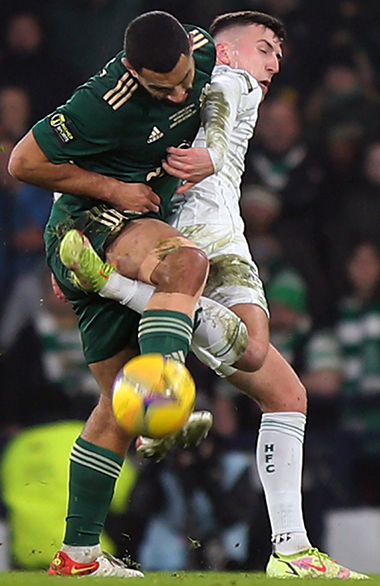 NO WAY THROUGH…Cameron Carter-Vickers puts the squeeze on a Hibs opponent.

The clash in London had been due to be played on December 9, but was called off after a Covid-19 outbreak among the home squad.

The European bosses had already stated the fixture would not be replayed and their latest ruling sees Conte’s side lose the game 3-0 via forfeit, meaning they finish third in Group G.

UEFA’s ruling means there will be no European football for the club in the new year and no chance of Hart playing against his former side as he continues to revitalise his career at Celtic.

Cameron Carter-Vickers is currently on loan from Spurs and it would have been an intriguing situation if he would have been allowed to play against his parent club. UEFA’s decision has rendered the question redundant.