Celtic Quick News on News Now
You are at:Home»Latest News»HART OFFERS APOLOGY TO FANS: ‘I HAVE NEVER SEEN THAT BEFORE IN MY LIFE’
By CQN Magazine on 20th September 2021 Latest News

JOE HART has captained Celtic twice over the past four days – and sampled defeat on both occasions.

The 34-year-old former England international keeper led the Hoops against Real Betis the the Europa League Group G opener in Seville on Thursday night and was required to pick the ball out of his net on four occasions as the visitors lost by the odd goal in seven.

Hart was beaten only once against Livingston in West Lothian yesterday, but it was enough to suffer another reverse with Ange Postecoglou’s outfit failing to deliver the goods once again on their travels.

Alarmingly, the Greek-Australian manager has seen his side fold in six of their seven away games in which he has been in charge. 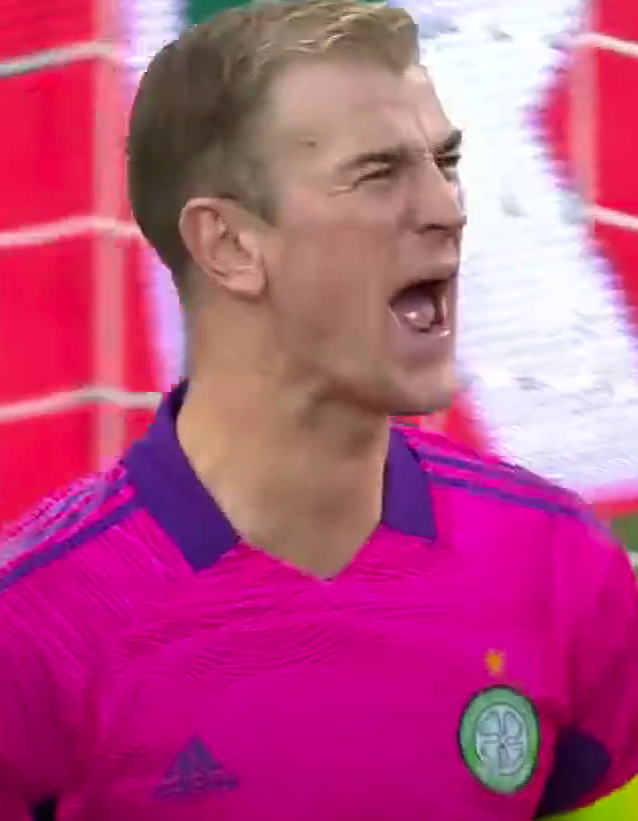 The former Manchester City netminder produced two excellent saves to make certain the scoreline wasn’t even more ridiculous, but he wasn’t dodging the issues after a massively disappointing setback.

Hart said: “Look, there are no excuses. We know what our job is. We know where we stand in this league.

“You can ask for time, but we have rocked up for an away game with three-quarters of the support, so there are plenty of things in our favour.

“I don’t think they expect an apology. But we are offering one.

“I really feel that at this club. I feel that more than most we represent them and they represent us.

“They have shown up and we didn’t quite bring what they brought to the table.

The visitors looked lightweight against opponents who had three players booked in the first 20 minutes as they put down a marker for the remainder of the confrontation. Livi  are not easy on the eye as they attempt to pulverise opponents and, for the fifth consecutive outing, the visitors have failed to win, losing two and drawing three.

LIVID IN LIVI…Joe Hart is left helpless as his defenders allow Andrew Shinnie a free shot at goal.

Postecoglou’s men didn’t respond as the supporters would have hoped in an attempt to grind out a favourable result.

Hart said: “That’s any team throughout the world. We know that. We’re not under any illusions that we can just turn up and play. Nice football, full-backs on the inside, all of that kind of thing, that doesn’t guarantee you are going to win.

“It’s not through lack of effort, it really isn’t. It was just one of those days when we just couldn’t find the right chance.

“It would be easy for me to say if we score it would be a different game and a different atmosphere, but we didn’t. And those are the facts and that’s what we are trying to deal in.

“I thought Livi did great, we didn’t. They took their goal really well and I just don’t think we penetrated enough.

MAN IN THE MIDDLE…Tom Rogic searches for a team-mate in West Lothian.

“It was a tough game for us. I don’t think there is much more to it than that. We didn’t take our few chances when they came.

“We got punished by a good goal. It’s a tough one to take because we are all trying to do something for this club.

“We had three quarters of the stadium for an away game and I have never seen that before in my life.

“It’s a great occasion to play in, a huge club to play for. And it’s not through lack of effort.

“We didn’t take our chances and Livingston took theirs.”

The Hoops have failed to win a domestic game away from home since a 2-1 victory over St Johnstone at McDiarmid Park and Hart acknowledged: “I can’t speak for the past, I can only speak for this game.

“They are facts and we’ve got to deal with that. We are not running away from it. 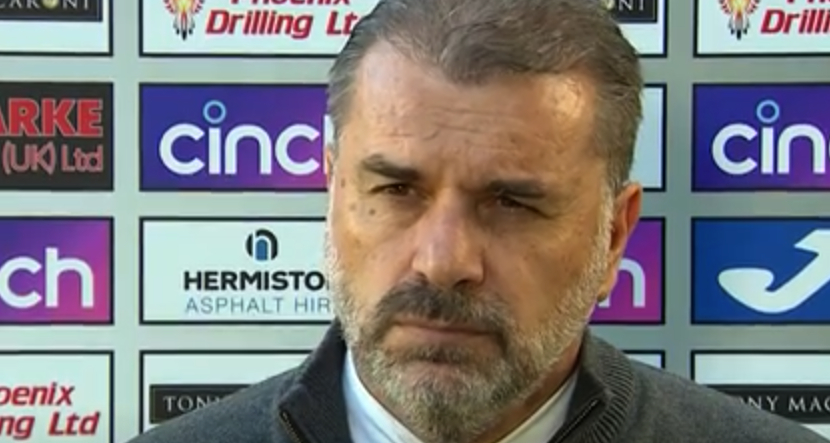 POSTECOGLOU’S PUZZLES…the Celtic boss has to find some urgent answers.

“But we are trying to build something, what the manager wants from us and what we want.

“We are all on the same page and we are going to keep pushing. It’s the start of the season, but we can’t really afford too many more of these – if any.

“But we are all pulling in the same direction and believe that will work for us.”

Next up for the Hoops is the League Cup meeting with Championship outfit Raith Rovers at Parkhead on Thursday night and Hart, speaking to the Daily Record, added: “It’s a big opportunity for us. It’s a huge Cup game. We are in the quarter-finals. That’s the only way you can go.

“Spectators and the fans are allowed to look two or three games ahead and look at the repercussions of what that can do at the end of the season. But we can’t.

“We live every single game as it is. We lived Thursday night as it was and we lived the build-up to this game and then lived these moments and we’ll put this to bed. We will analyse this as a team and look to go again on Thursday.”