JOE HART displayed a touch of class at Parkhead at the weekend that was missed by thousands.

The 34-year-old former England international keeper raced to the halfway line at the interval to catch up with his opposite number Jak Alnwick who had conceded four goals as the Hoops led St Mirren 4-0 in a lopsided encounter.

Alnwick had been on the receiving end of Ange Postecoglou’s relentless attacking machine and had to pick the ball out of the net with Liel Abada and David Turnbull each netting a double.

The shell-shocked shotstopper trudged off the pitch and must have wondered what lay ahead in the second period with the Hoops displaying a ruthless cutting edge for a fifth successive game. 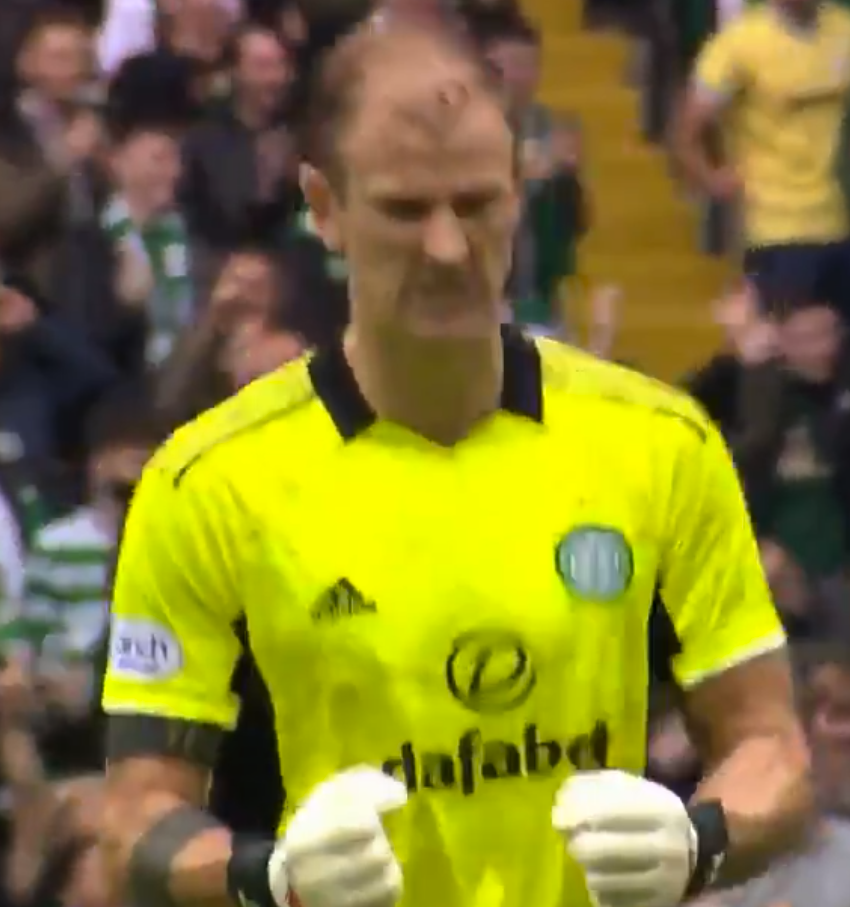 Alnwick said: “I’ve got to pay a lot of respect to Joe Hart. At half-time he walked over to me and said: ‘Regroup and make saves’. I thought that was class from him.

“This is someone who has played at the highest level. There’s me, as an ex-Rangers player, as well – and maybe Celtic fans won’t be happy to hear it – but he knows what it’s like to be in that situation.

“He’s has some massive ups and massive downs throughout his own career. He’s made mistakes in World Cups, Euros, you name it.

“For him to speak to me, I didn’t expect it, but at the same time I wasn’t surprised knowing the type of man he is. I respect Joe Hart so much because of what he did at that moment.

“He didn’t have to do it. I was on the end of a tough first-half and I knew myself I would have a difficult 45 minutes after we came back out.

“But I ended up making a couple of the best saves I’ve made since coming to St Mirren. There was one I made with my foot when I was going the wrong way.

“I knew at half-time we were never going to win the game, but I didn’t want it to get embarrassing where we come away with a 10-0 defeat.”

Alnwick, speaking to the Glasgow Times, added: “It was tough all round. Every aspect of the game was hard on the boys.

“Going from the gaffer getting Covid to the bad start and then the red card, it felt like everything that could go wrong did go wrong.”

The former Blackpool netminder defied Kyogo Furuhashi and Tom Rogic in the second-half, but could not prevent Turnbull from Claiming his first-ever hat-trick just after Odsonne Edouard had rolled in No.5.