NEW Bhoy Joe Hart DEMANDED to fly to the Czech Republic to make his debut in the 4-2 win over Jablonec last night.

Boss Ange Postecoglou has revealed the 34-year-old former England international keeper was so excited by his £1million three-year contract move to the Hoops that he wanted involved immediately.

Hart quit Spurs and joined the new manager’s Parkhead rebuild in a double deal with James McCarthy on Tuesday.

The move was cemented AFTER the squad had flown out and Postecoglou told the 75 times-capped No.1 that he could stay in Glasgow to prepare for Sunday’s home Premiership match against Dundee with 24,500 fans allowed in the ground.

But the netminder insisted on joining his new team-mates right away in an effort to make his first appearance against the Czechs in the first leg of the third Europa League play-off tie. 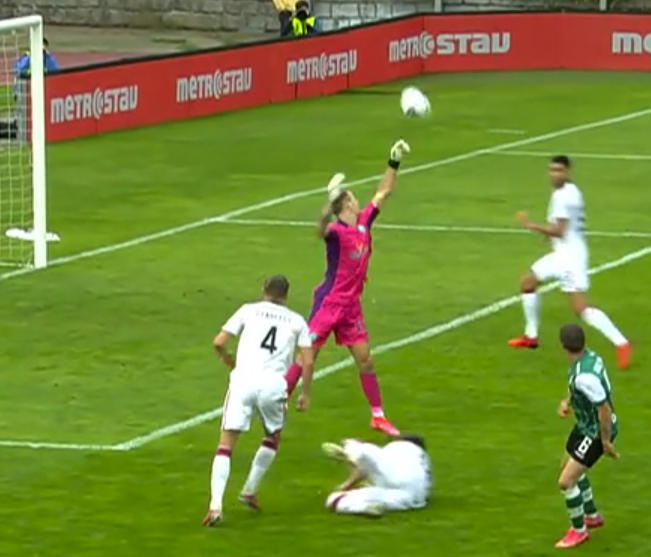 The Hoops boss admitted: “I gave him a little bit of an option that he could stay back in Glasgow.

“But Joe made it pretty clear he wanted to come across and join in training immediately.

“He wants to prove to people he can still play at the highest level.”

The gaffer, speaking to the Scottish Sun, added: “Scott Bain and Vasilis Barkas, I just think had a really tough year last year.

“Having someone like Joe around will help them, as well, because he’s a player who’s played at the highest level for a long time.”

Celtic won against Jablonec with goals from Liel Abada, Kyogo Furuhashi, James Forrest and Ryan Christie and, despite worrying defensive lapses that allowed the home side to snatch two breakaway counters with Hart blameless, the Scots, who now play the second leg at a capacity Parkhead on Thursday, are favourites to reach the final play-off against AZ Alkmaar.