Celtic Quick News on News Now
You are at:Home»Latest News»HARTSTOPPER: ‘NO REASON HE CAN’T KEEP IT GOING FOR A LOT LONGER,’ ANGE BOOST FOR KEEPER
By CQN Magazine on 3rd May 2022 Latest News

JOE HART celebrated his 35th birthday a fortnight ago, but Ange Postecoglou insists the 75 times-capped England international keeper can be Celtic’s No.1 for years to come.

The experienced netminder joined at the start of August on a three-year £1million switch from Spurs and made the gloves his own after making a quickfire debut in the 4-2 Europa League qualifying win over FK Jablonec in the Czech Republic two days later.

Hart has solved the Hoops’ problem position that saw £4.5million misfit Vasilis Barkas, Scott Bain and Conor Hazard fail to convince as they all had spells between the sticks during a wretched campaign. 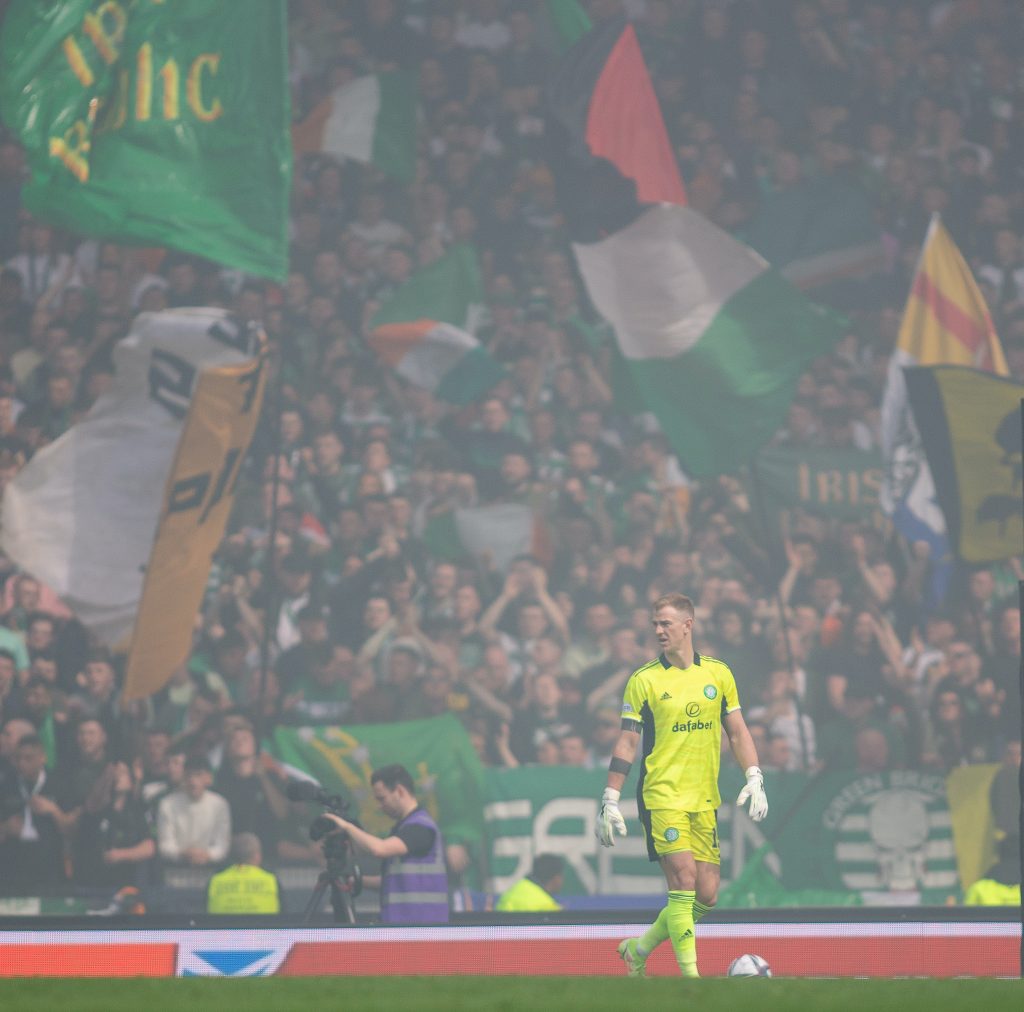 WE’LL SUPPORT YOU EVERMORE…Joe Hart has the backing of the Celtic support.

The one-time Manchester City last line of defence has brought calm poise and assurance to the rearguard and that was underlined in the 1-1 draw in the Glasgow derby on Sunday as Postecoglou’s men edged closer to the title, leading by six points with just three games to go.

Hart made a couple of crucial stops near the end of the encounter when he turned a vicious drive from Fashion Sakala over the crossbar and, even more impressively, got down swiftly to his right to beat away a close-range effort from Scott Arfield and then spring to his feet to hold the follow-up shot from Ryan Jack.

Postecoglou beamed: “He’s been fantastic this year. I thought Joe was a top-quality keeper, but the background we did on him showed me he is a first-class person and a real leader in the dressing room. 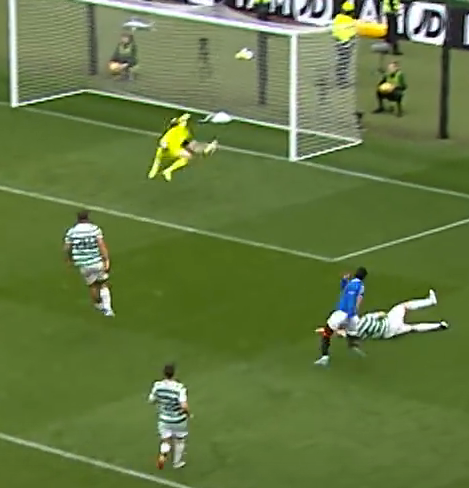 HARTSTOPPER ONE…Joe Hart flies through the air to knock a drive from Fashion Sakala over the bar. 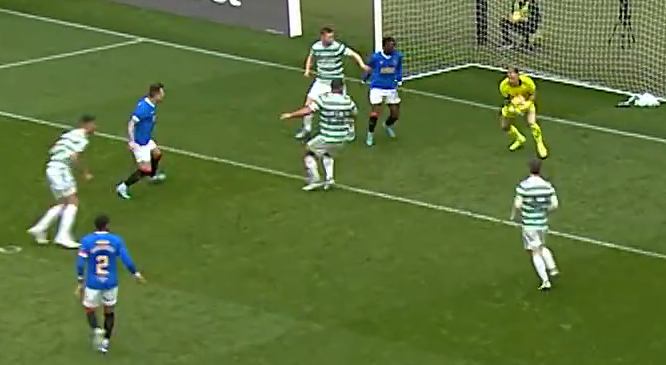 HARTSTOPPER THREE…Joe Hart is right in line to hold a follow-up attempt from Ryan Jack.

“That was one of the reasons we brought him in. We’d lost experience in the group and we wanted to bring some experience to the team.

“To be fair, we haven’t needed him a lot as a keeper, but on Sunday we did and he stood up and that’s why he’s a top keeper.

“I just felt he’s still got a bit to prove.”

The Hoops gaffer, speaking to the Scottish Sun, added: “He has said himself, he needed a bit of love and I knew he’d get it at this club.

“I knew the supporters would embrace him and he’d love it here with the group we were putting together.

“Joe’s still young for a goalkeeper. There’s no reason he can’t keep it going for a lot longer.”

It may be worth pointing out that shotstopper Ronnie Simpson, who was about to celebrate his 34th birthday when he joined Celtic from Hibs, won a European Cup medal at the age of 36.