ANGE POSTECOGLOU has fired a warning to the rest of Scottish football following another five-star show from the impressive Reo Hatate in the 2-1 victory over Hearts at Tynecastle last night.

The Japanese ace, who completed the J-League trio od recruits along with Daizen Maeda and Yosuke Ideguchi at the start of this transfer window, blitzed Celtic into a 27th-minute lead with a vicious long-range drive which took ex-Celt Craig Gordon totally by surprise.

Reo made his debut in the 2-0 triumph over Hibs at Parkhead ten days ago and turned in a convincing Man of the Match performance.

Last night, it was Hearts’ turn for some capital punishment. 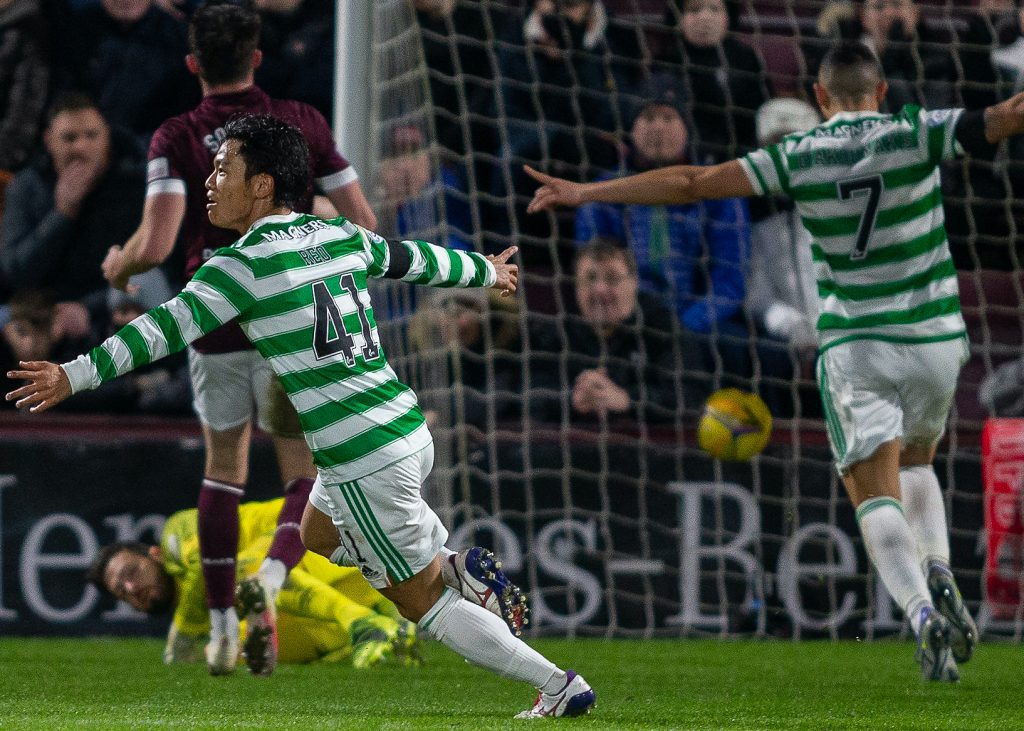 REO BRAVO…Celtic midfielder Hatate runs away after powering in the opener behind the grounded Craig Gordon.

A delighted Postecoglou said enthusiastically: “He has got more you know, he is just beginning.

“It’s not easy because he set a pretty high bar after the first game. But he is a very determined young man to reach the top.

“It’s pleasing for me because we bought a few guys in their early-twenties who really are ambitious and they will improve and get better and be a really good nucleus moving forward.”

The Hoops gaffer, speaking to the Daily Record, commented: “You’ve got to keep it in context. Matt O’Riley came in a few days ago and I thought he was outstanding. He’s had 70 minutes of football in the last month. It was brilliant. 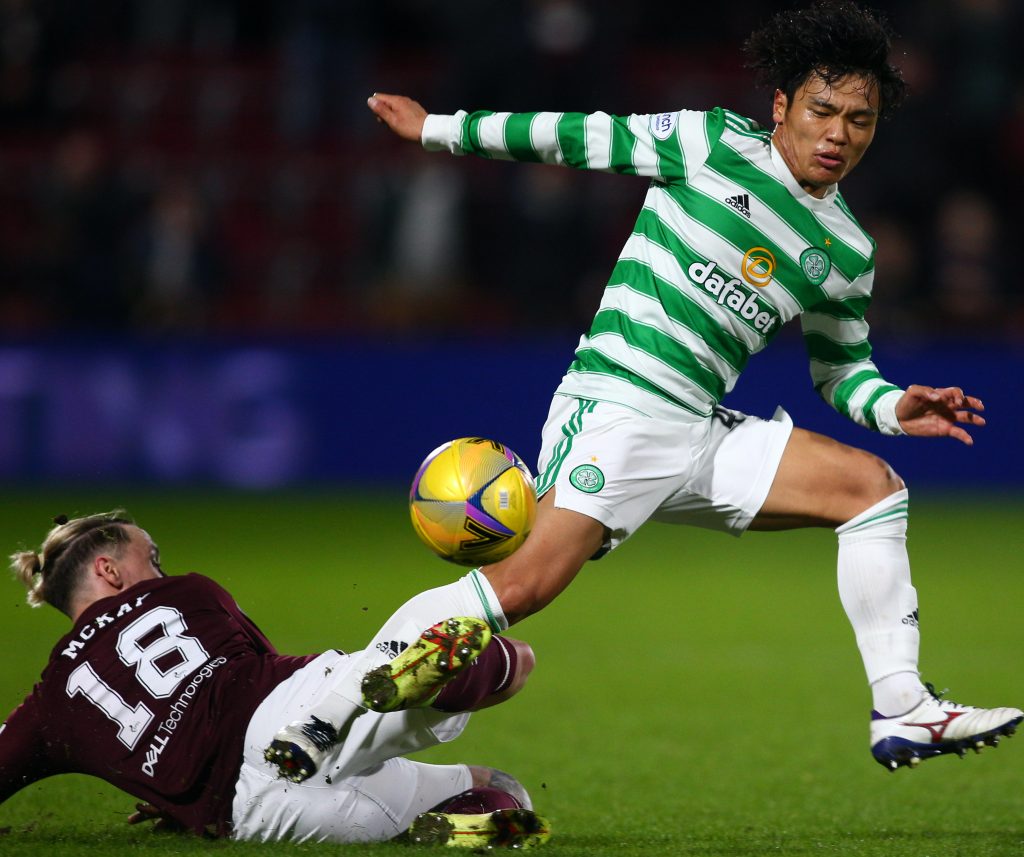 IN THE THICK OF THE ACTION…Reo Hatate is on the receiving end of a slide tackle from Hearts’ Barrie McKay.

“Everyone knows the players we have missing are significant absences and there were guys out there who had to step up. And they did.”

The Parkhead side had to dig deep into their resources to see out the game after Liam Boyce, from an obvious offside position, pulled one back in the 62nd minute and then smacked the inside of the post with a penalty-kick ten minutes later.

Reflecting on the hostile atmosphere at Tynecastle, Postecoglou added: “When the crowd gets behind them, you feel like you are probably under more pressure than you actually are because Joe Hart didn’t have that many saves to make in comparison to Craig Gordon.

“It was a cracking game and I’m really pleased.”

DEBUT BHOY…Matt O’Riley made a convincing first impression against Hearts.

The Greek-Australian gaffer now turns his attention to the visit of Dundee United to the east end of Glasgow on Saturday afternoon.

He is liable to shake up the side a little with an eye on the second Glasgow derby of the campaign due four nights later.

It is more than likely, though, that Reo will get his second outing at Parkhead while former MK Dons midfielder O’Riley could get the green light for his Parkhead baptism.