Celtic Quick News on News Now
You are at:Home»Latest News»‘HEADS DOWN AND GOING FOR THE FINISHING LINE,’ ANGE’S TARGET
By CQN Magazine on 23rd March 2022 Latest News

ANGE POSTECOGLOU is without a dozen players as he prepares for the crucial Premiership confrontation at Ibrox a week on Sunday.

The likes of Callum McGregor, Josip Juranovic, Carl Starfelt and Giorgos Giakoumakis are on in international duty with their respective countries.

However, the Celtic manager will not be derailed while he views the vital run-in to his first campaign in Scotland after being appointed as Neil Lennon’s long-term successor in June.

The Greek-Australian gaffer has seen his side pick up 31 points from a possible 33 after 11 Premiership since the turn of the year, with the only glitch the scoreless stalemate with Hibs at Easter Road. Following the 2-0 win over the same opponents in the east end of Glasgow in the first game back after the winter break on January 17, the Hoops were three points adrift of top spot in the league. 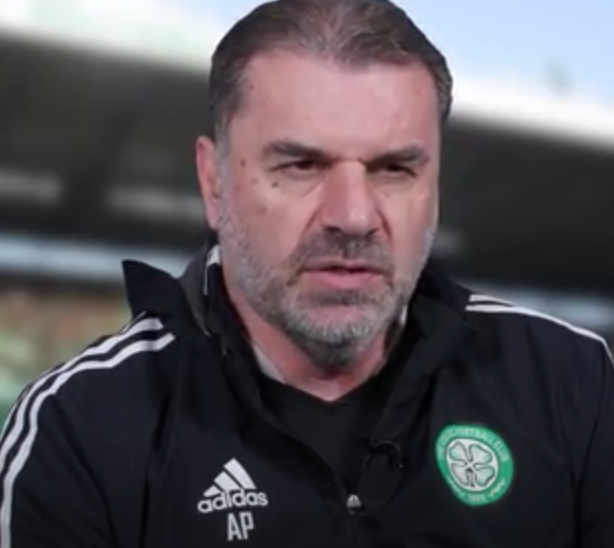 CELTIC VIEWS…Ange Postecoglou looks ahead to the crescendo to an extraordinary debut campaign.

There has been a dramatic turnaround with Postecoglou’s men now three points ahead with seven games to go, recommencing with a visit to Ibrox a week on Sunday.

The manager said: “It’s been a good solid block for us since the winter break and the boys have been really good in terms of how we’re playing our football.

“The results have obviously put us in a great position and they are all feeling good about things.

“Physically, we are in good shape and squad-wise it’s probably been the best it’s been all year, which is important, so, hopefully, everyone gets through this international break and hit that last important period.”

Naturally, there will be no let-up at Lennoxtown for the players who remain behind and Postecoglou, speaking to Celtic TV, added: “We will get the chance to put some work into some guys who haven’t played a lot recently as we know that once it resumes, that’ll be it.

“It’ll be heads down and going for the finish line, so I want everyone available for that.

“In the second week, the internationalists will get back on different dates, but by the middle of the week we should have everyone back and we’ll look forward to the next fixture.”