KYOGO FURUHASHI has dropped his blond bombshell look as he prepares to become a headline act at Hampden tomorrow.

Celtic’s Japanese striker has been snapped during training at Lennoxtown this week and the images reveal he has had a change of hair colouring as he tones down the eye-catching locks he has sported since November.

The talismanic frontman, scorer of 16 goals before injury derailed his Hoops progress at the end of last year, is hoping to get the nod from Ange Postecoglou to head up Celtic’s bid to overcome Giovanni van Bronckhorst’s Ibrox side in an intriguing Scottish Cup semi-final.

Kyogo was a head-turner the last time he stepped foot on the pitch at the national stadium when he fired in a second-half double salvo to down Hibs in the Premier Sports League Cup Final success six days before Christmas. 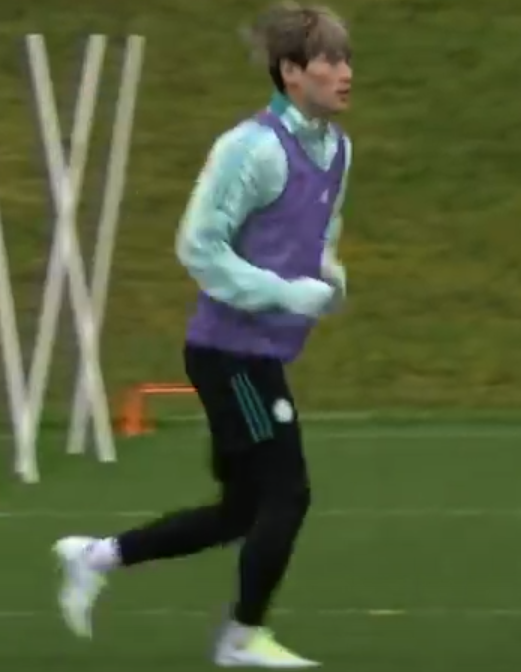 HEADS, I WIN…Kyogo Furuhashi sporting his new-look hairdo during training at Lennoxtown.

And the pacy frontman, who cost £4.6million when he joined from J-League outfit Vissel Kobe in late July, could get a chance to impress in the derby after making his first appearance of 2022 in the last 16 minutes of the 7-0 romp against St Johnstone at Parkhead a week ago.

With in-form Greek hitman Giorgos Giakoumakis missing this one after sustaining a hamstring injury against the Perth outfit, there is a chance Kyogo will get the opportunity to display his qualities against the Govan club at some stage in the last-four encounter.

One former Ibrox star who is wary of the attacker’s ability is ex-skipper Barry Ferguson who told Go Radio: “I’d prefer if he wasn’t in the 18. 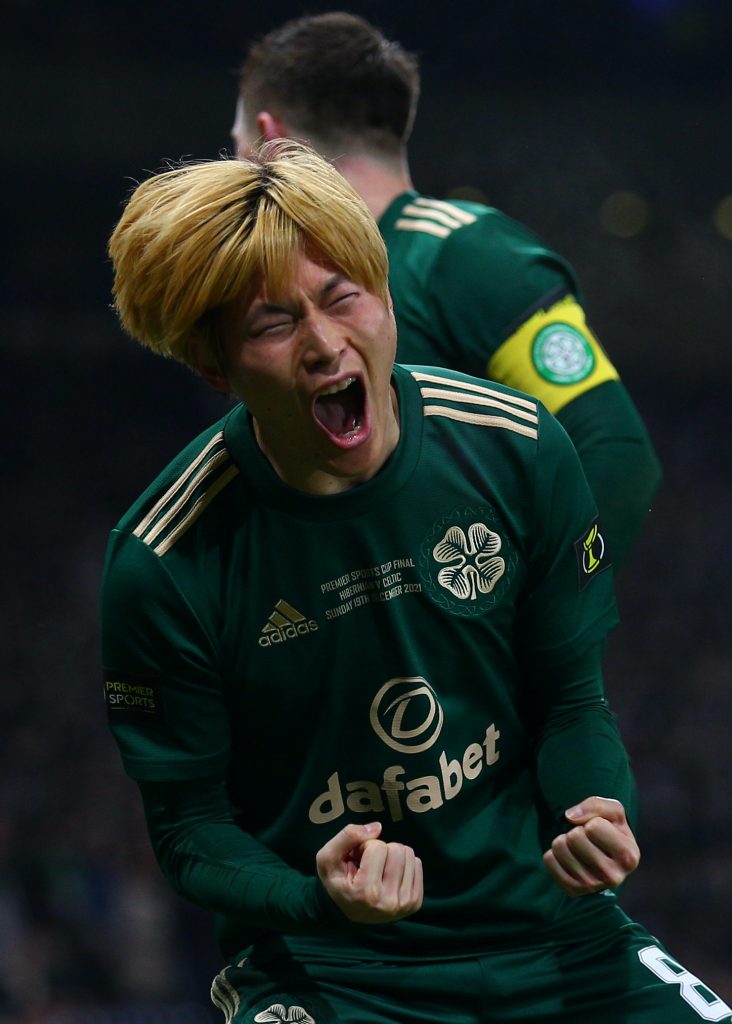 PRIZE GUY…Kyogo Furuhashi celebrates one of his double in the League Cup win over Hibs in December.

“I rate him so highly, I didn’t know anything about him, probably like many people, he has impressed me so much.

“The first half of the season, just his goalscoring, he does the dirty side brilliantly, his movement inside the box is exceptional, as well.

“His tracking back, there were times he was running past the midfielders to try and win the ball back, in terms of what Daizen Maeda does, brilliant work ethic.”