CELTIC endured some capital punishment again at Tynecastle for the second time in their last three visits.

Brendan Rodgers’ much-changed outfit never imposed themselves on their physical opponents, there was a lack on invention and no cutting edge.

There was little doubt the Hoops manager selected this line-up with the Champions League qualifier against AEK Athens on Tuesday very much in mind.

It was the opportunity for fringe players such as Jonny Hayes and Eboue Kouassi, but they suffered in the general lack of authority normally displayed by the champions. 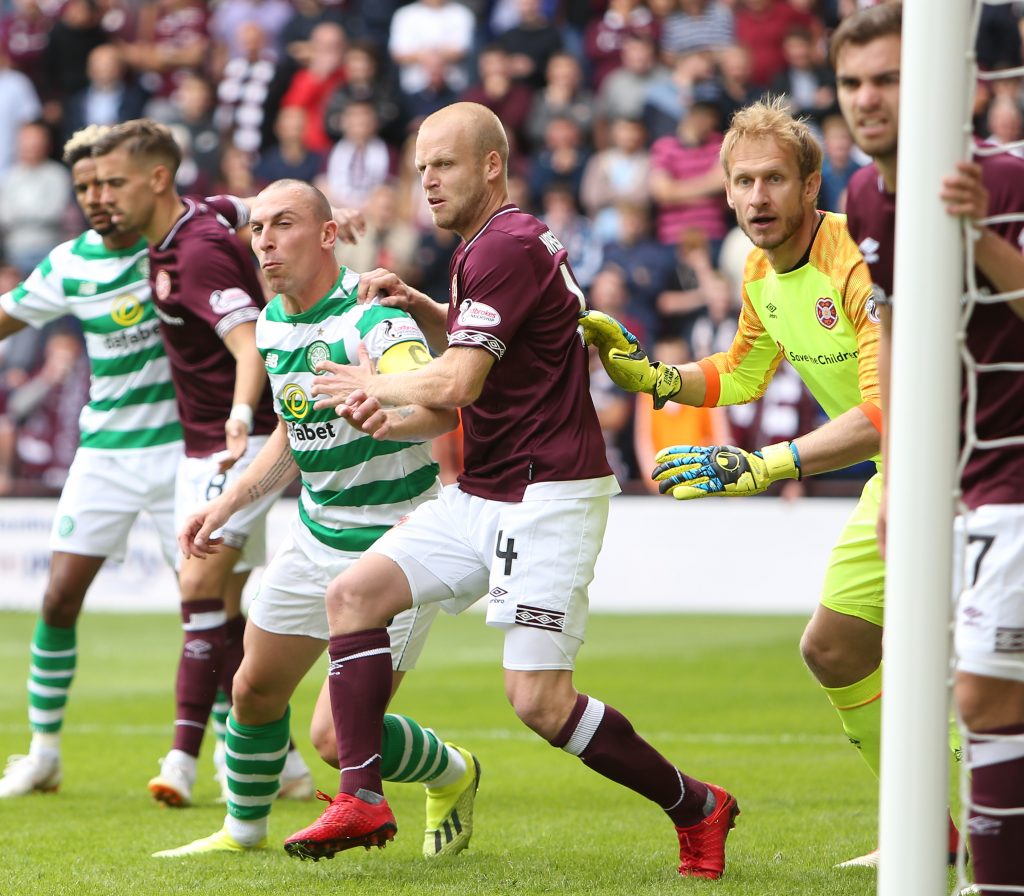 CORNERED…Scott Brown and Scott Sinclair put pressure on the Hearts defence as they await a right-wing delivery.

Too many sloppy passes and without anyone imposing themselves on the confrontation, Rodgers saw his side slip to a Kyle Lafferty goal in the 57th minute. That effort combined all that was wrong with a Celtic team on a forgettable afternoon.

The lumbering Uche Ikpeazu, who was playing for Cambridge last season, was allowed to ease far too easily away from Kieran Tierney as he moved into the box.

Jack Hendry should have been quicker in closing him down and Lafferty was all on his own when the cross came over from the right.

The Northern Ireland international hit the ball first time with his left foot from the edge of the box and the sizzling effort flew low past the helpless Craig Gordon.

It was an x-certificate goal to gift the opposition and, sadly, it was the difference between the teams at the end. 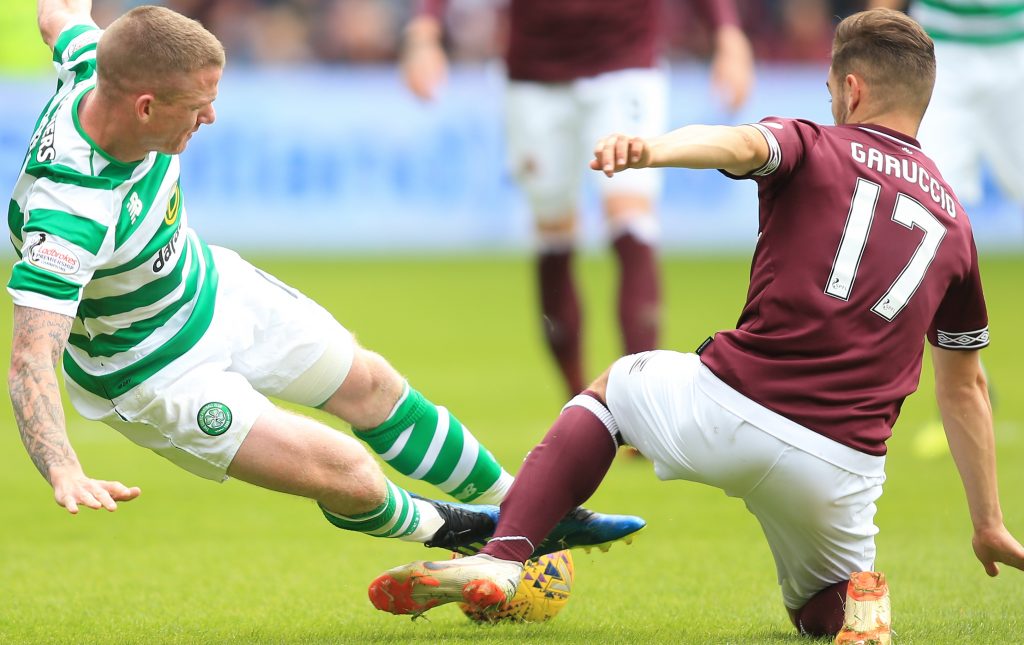 Hearts picked up the most yellow cards in Scotland last season and it looked as though they were going flat out to make sure they retained their reputation in this gruelling encounter.

They had three players – Kyle Lafferty, Jake Mulranney and Ben Garrucio – booked inside 45 minutes against the champions and Steven Naismith can count himself extremely fortunate not to have joined them or even seen red after a sly kick at the grounded Johnny Hayes just before the interval.

Naismith eventually went into the book with another kick out at Mikael Lustig just after the hour mark and he was later be joined by team-mate Michael Smith.

Celtic’s Leigh Griffiths and Hendry joined them in the black book in the second-half as the game got a little disjointed.

Craig Levein’s teams are never easy on the eye as they prefer brawn to brain and so it proved on this occasion.

It took only seven minutes for Lafferty to have his name noted following a wayward lunge at Lustig. It was inevitable the former Ibrox favourite would fall foul of referee John Beaton – remarkably, he was cautioned on all four games against Celtic in the previous campaign. 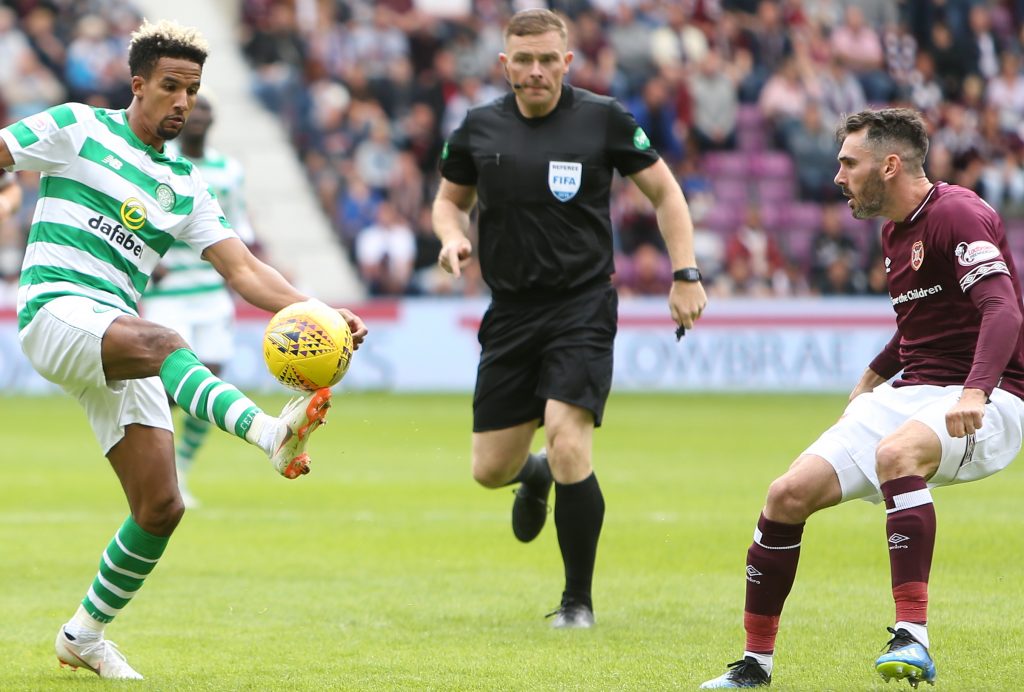 In the 10th minute, Lafferty was in the spotlight again as he rose at the back post to get his head on a left wing cross from Garrucio, but his attempt was comfortable for Gordon.

A few moment later, Naismith pathetically dived as a right-wing cross from Smith dropped into the box. The insinuation was that he had been pushed in the back by Jozo Simunovic, but it clearly wasn’t the case.

As soon as he felt the slightest touch, he went to ground. You have to hope he never has to venture into Princes Street during rush hour, the poor soul would never be off the pavement.

Mind you, his boss thought it was a clear penalty-kick as he comically raced up and down the touchline like a headless chicken. The match officials, quite rightly, ignored his crazy antics.

The tempo was fairly ferocious as both sides went at it with a verve and gusto. It was one of those confrontations when the ball would be black and blue at the end of the 90 minutes.

Ikpeazu, displaying all the finesse of a rampaging rogue elephant, clattered around, bumping off friend and foe as he challenged for everything in the air and on the ground. 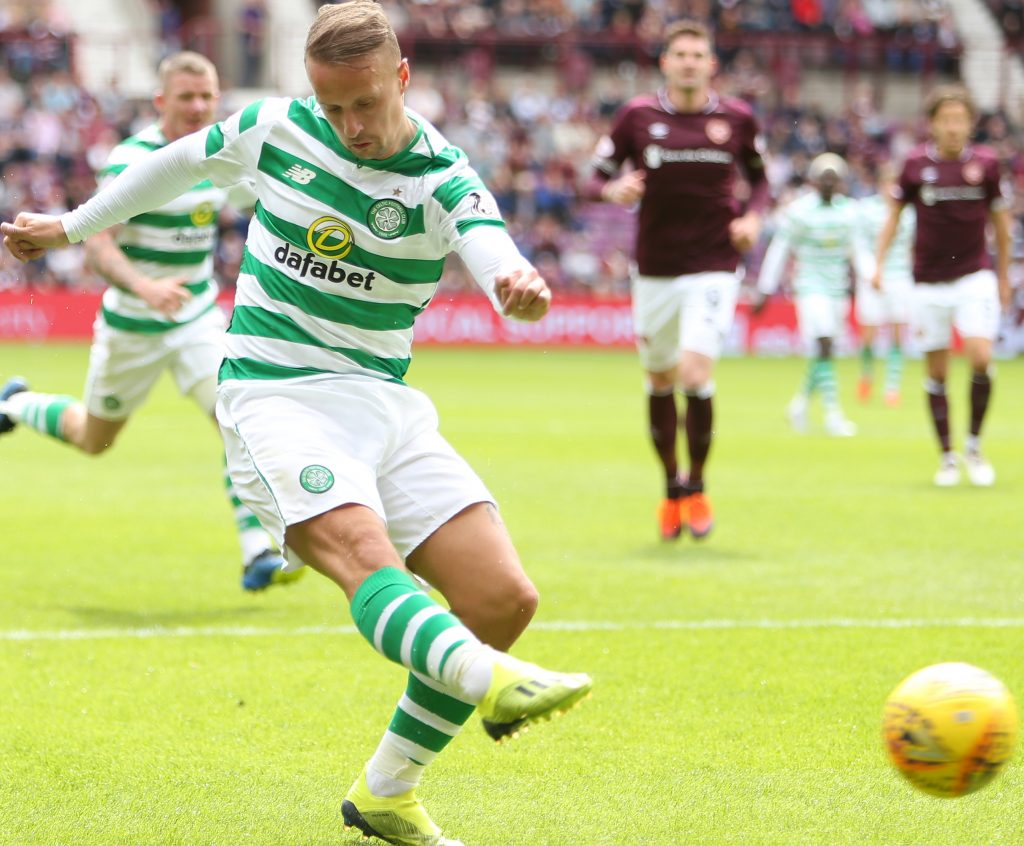 BY THE RIGHT…but Leigh Griffiths is out of luck with a Hearts goal-line clearance.

In 22 minutes, though, there was a moment of sweet football when Tierney and Hayes combined to set up Scott Sinclair, coming in from the left.

He curled the ball beyond the despairing fingers of keeper Zdenek Zlamal, but, alas, his effort swept just wide of the far upright.

Seven minutes later, Griffiths zipped in a low left-wing corner-kick which Hendry scooped over the bar from eight yards.

Celtic were so close to taking the lead on the stroke of half-time after a superb sweeping move that carved open the Hearts back lot.

Griffiths latched onto a neat pass from Sinclair, evaded challenges from John Souttar and Christophe Berra, drew the keeper and slid the ball under his body towards the net.

However, Smith materialised on the line to hoof the ball to safety and the chance was gone.

That made it all the more painful when Lafferty netted the only goal of the game for the home side, who had lost skipper Berra at the interval.

Rodgers sent on Odsonne Edouard, James Forrest and Tom Rogic for Griffiths, Hayes and Kouassi as he attempted to salvage something from the wreckage.

McGregor had two excellent opportunities from free-kicks as the clock ticked down, but, emphasising his lack of touch on this occasion, he failed to deliver.

It was that sort of day. 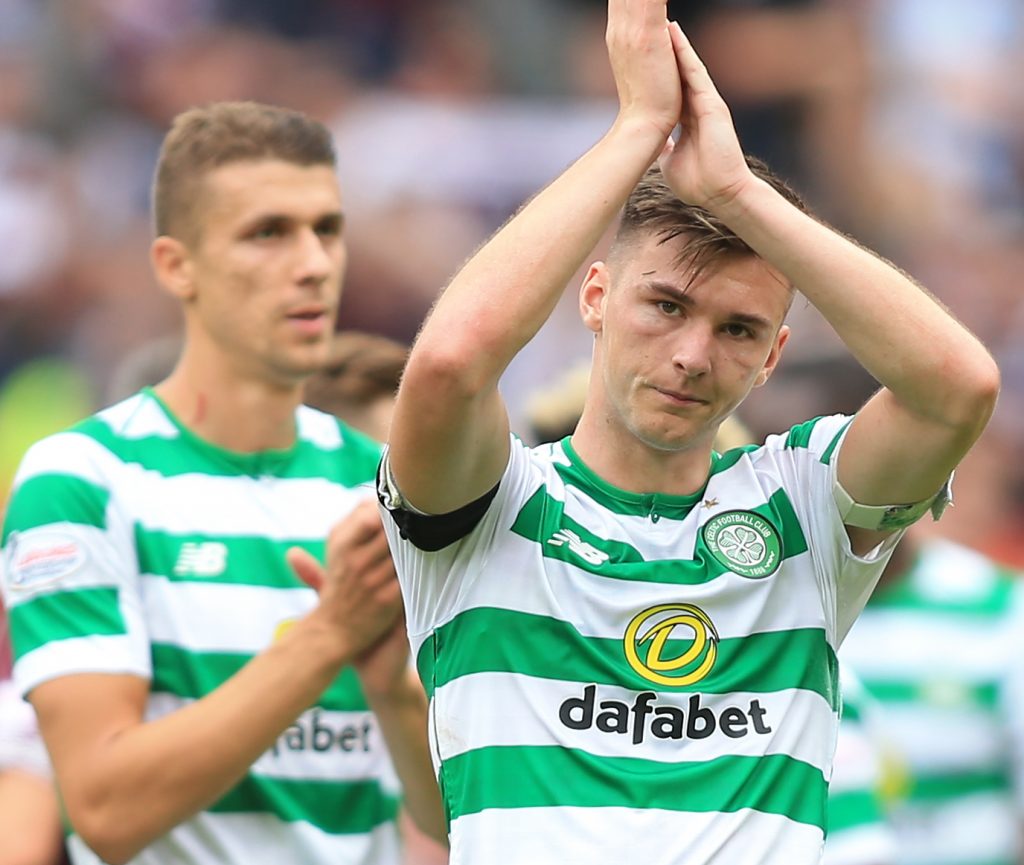