TWO old failings came back to haunt Celtic in their first opening day league defeat since 1997 at Tynecastle tonight – the inability to defend set-plays and the lack of a killer touch.

They weren’t helped, either, with what looked like a highly controversial offside call in the 60th minute when Liel Abada thought he had put the team 2-1 ahead, but Greg Taylor was adjudged to be offside before he sent over the cross from the left. It was an exceptionally tight call.

But all the good work that the team did to get back into the game after the loss of a lamentable opening goal early in proceedings was undone in the 89th minute when the defence adopted it’s statue-like non-awareness to danger when a free-kick came in from the left, swirled in by full-back Michael Smith.

There was no sign of a meaningful challenge from Carl Starfelt or Nir Bitton in central defence as John Souttar rose unmarked to bullet in the winner. It looks like the deadball curse has returned to to jinx the Hoops in a new campaign – unless the manager does something about it. And quick. 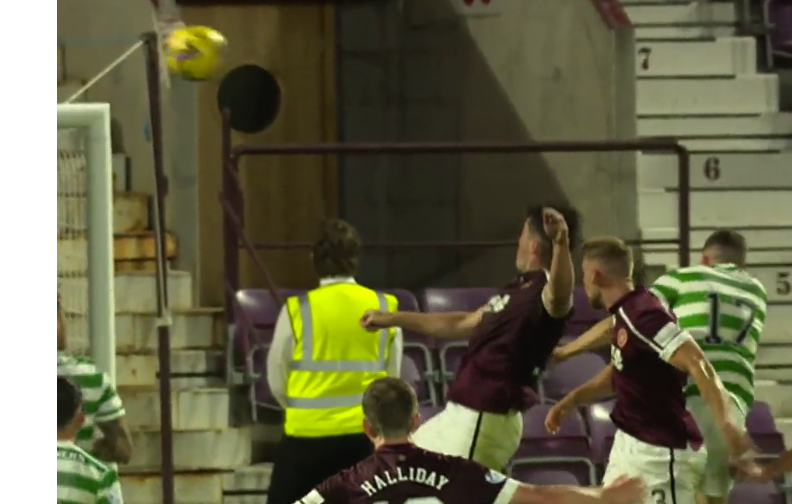 It looked as though Ange Postecoglou’s side had turned things around in the 54th minute when Anthony Ralston scored a goal any striker would be proud to claim.

It was a neat move concerning David Turnbull, Ismaila Soro and Odsonne Edouard and the rampaging right-back collected the ball, swerved away from two challenges and walloped a left-foot 12-yard drive past the helpless Craig Gordon.

And the ex-Celtic keeper shouldn’t have been left with any chance of saving in stoppage time when James Forrest was in on him. Once again, though, the winger showed a disturbling lack of composure as he did in midweek when he missed from 12 yards which would have put Celtic 2-0 up against FC Midtjylland.

On this occasion, he elected for power rather than precision and the ball nicked off the keeper and flew past for a corner-kick. Gordon was clearly delighted at his save and only moments later he dived full-length to his left to push away a netbound header from Starfelt.

Some pathetic defending from the Hoops handed Hearts the advantage in only the eighth minute and, unfortunately, new Bhoy Starfelt was one of the main culprits.

PENALTY-BOX PANDEMONIUM…the Celtic defence is all over the place as Gary Mackay-Steven (second left) rolls in the opener.

The Swedish centre-back was too easily beaten by Josh Ginnelly as he came in from the right. The winger cut the ball back to Liam Boye as Starfelt desperately tried to atone. In the goalmouth melee, Bitton got the final touch to divert the ball across the face of the goal and ex-Celt Gary Mackay-Stevens was unmarked at the back post to gleefully drive an effort into the gaping net.

It was a real mess from a team that seem hell bent on pressing the self-destruct button time after time.

That was the only goal of the first-half and Postecoglou’s side only had themselves to blame. They had the lion’s share of possession, but just did not show any cutting edge when it mattered most.

That was evident even before the home team scored when David Turnbull feebly hit a shot off target after a brilliant cutback by Greg Taylor. Last season, the midfielder would have surely hit the target from 18 yards. However, he has looked pedestrian in recent games and he demonstrated his lack of finishing skills again in the 38th minute when he fired over the bar from 16 yards after a good pass inside from Abada. 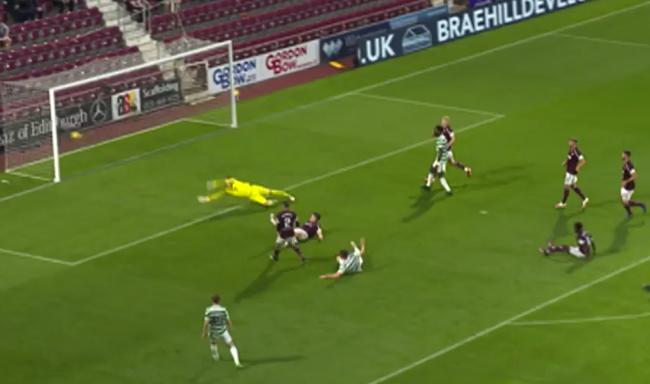 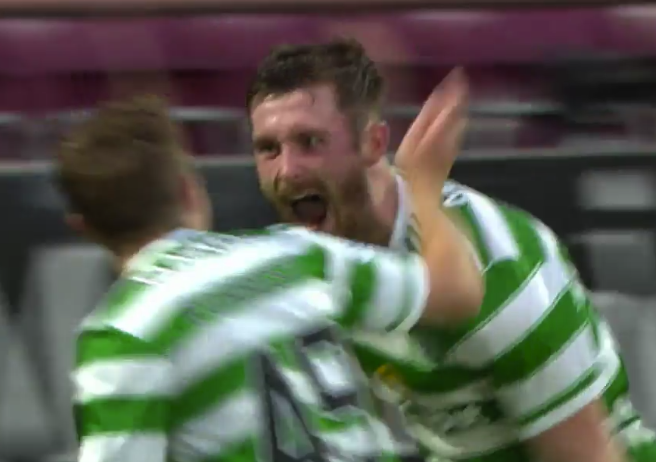 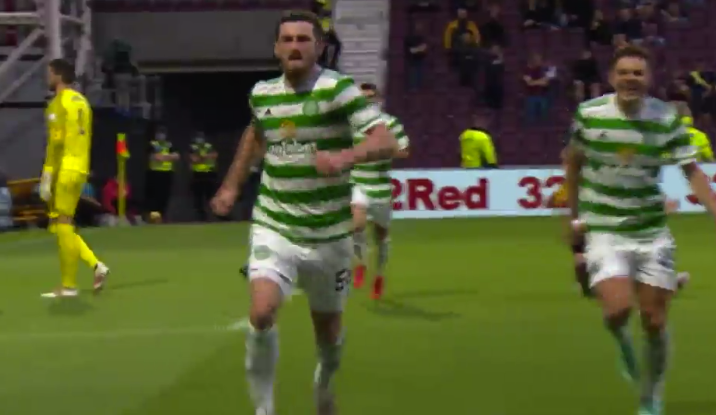 DESPAIR AND DELIGHT…Craig Gordon heads back into the net to retrieve the ball as Anthony Ralston and James Forrest celebrate.

Celtic were sloppy on the ball and gifted it to their opponents on far too many occasions to be good for Posetcoglou’s blood pressure.

McGregor was one of the main guilty parties and the captain wastefully passed up the opportunity of an equaliser when he was released by a neat pass from the hard-working Taylor, but his finishing drive flew hopelessly over the crossbar.

In quick succession, McGregor, Turnbull and Edouard turned attack into defence with slack passes to allow their rivals the chance to carry the threat in the opposite direction.

Abada then burst into the game with a left-foot shot that was way off target and a right-wing cross that was too high and powerful to give Gordon any problems. McGregor and Soro had long-range efforts that didn’t unduly worry the former Hoops netminder. 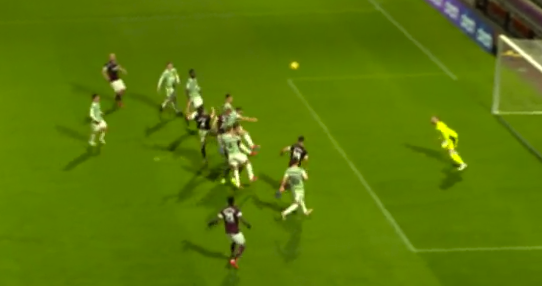 HEADS YOU LOSE…John Souttar’s effort is zeroing for the back of net with Scott Bain helpless.

Once again, the visitors had the bulk of possession throughout the second-half although it was obvious they were beginning to tire as the game edged towards the conclusion. The tough early-season schedule is taking its toll – a stoppage-time goal put them out of the Champions League and a goal one minute from the end has got them off to the worst possible start in the Premiership.

Starfelt almost scored a bizarre own goal, but was rescued by Bitton while Bain had  a superb diving save to his right to fist away a thumping header from Souttar.

Unfortunately, the keeper, whose positioning could be questioned, could not stage an action replay in the fading moments.

And, once the smoke of battle had cleared away, Postecoglou was still waiting for his first competitive win after two losses and a draw. Things can only get better.

Things MUST get better.