Celtic Quick News on News Now
You are at:Home»In Pictures»HEAVEN IN GOVAN: WORDS AND IMAGES OF THE SEASON: SEPTEMBER
By CQN Magazine on 30th March 2020 In Pictures

IS there a more satisfying way for a month to kick off than a thoroughly well-deserved victory at Ibrox? That’s exactly what Neil Lennon’s men achieved on September 1 in Govan with a 2-0 victory courtesy of strikes in each half from Odsonne Edouard and Jonny Hayes.

There had been a lot of the usual threats from noisy neighbours, but there was silence in that part of Glasgow following a comprehensive performance from the eight-in-a-row champions who put down a marker yet again in their pursuit of another consecutive crown. There was no argument about the superiority of the visitors.

An early goal from James Forrest gave the Hoops three more points in their narrow win at Hamilton Accies in the next Premiership outing while a Ryan Christie penalty-kick made certain of a 1-1 draw in the opening Europa League encounter against Rennes in France five days later.

It was back to league business at Parkhead the next weekend and the side swept to a 3-1 win over Kilmarnock which was quickly followed by a 5-0 success over Partick Thistle in the Betfred League Cup-tie.

The month’s action ended at Easter Road on Saturday the 28th in a disappointing 1-1 draw with Hibs where Kristoffer Ajer put through his own goal, but his blushes were spared with a superb header from Ryan Christie in the 24th minute. 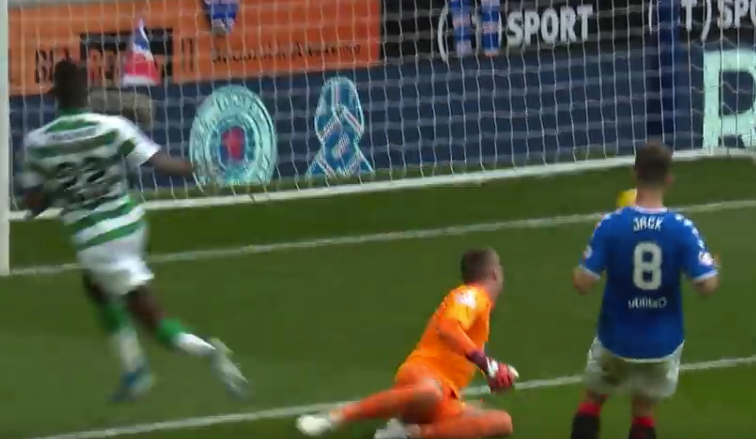 NICE’N’EASY DOES IT…Odsonne Edouard nonchalantly slides the ball away from Allan McGregor to give the Hoops the lead at Ibrox. 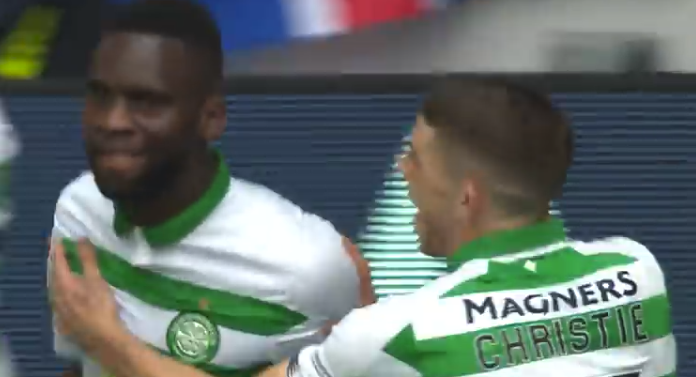 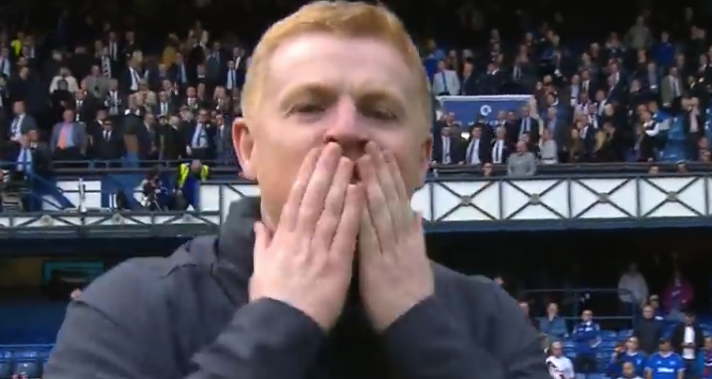 HEAVEN IN GOVAN…Neil Lennon blows kisses to the camera at full-time. 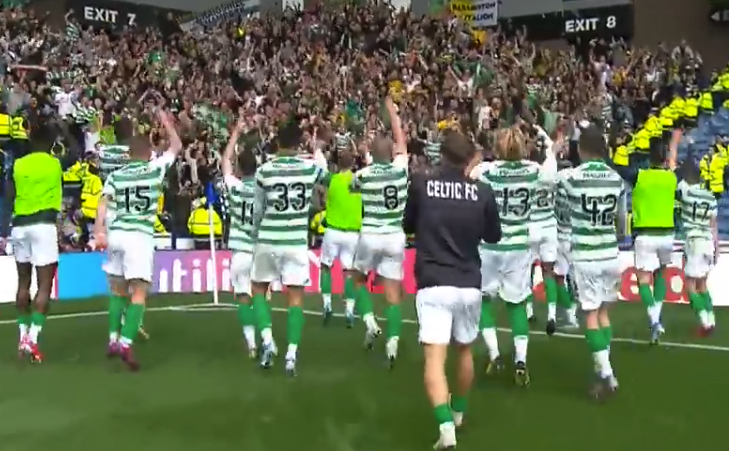 AWAY DAZE…the Celtic players celebrate with the joyous fans at the end.

ON FIRE…James Forrest tucks away the winner against Hamilton Accies after a neat cross from Mohamed Elyounoussi. 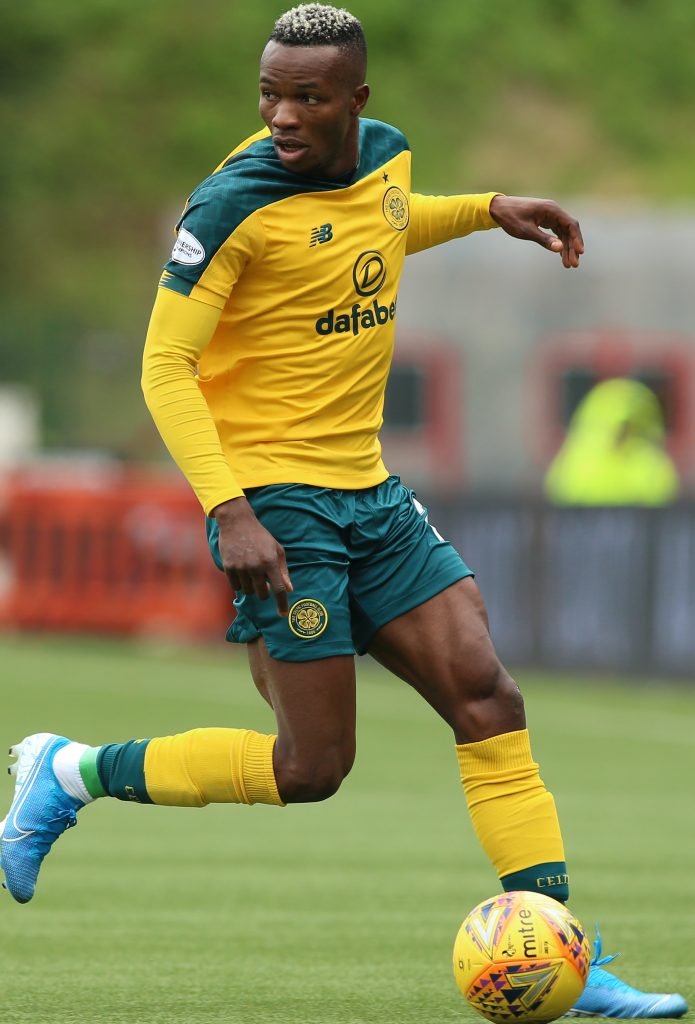 BELGIAN BHOY…Boli Bolingoli took the opportunity to shine against Accies. 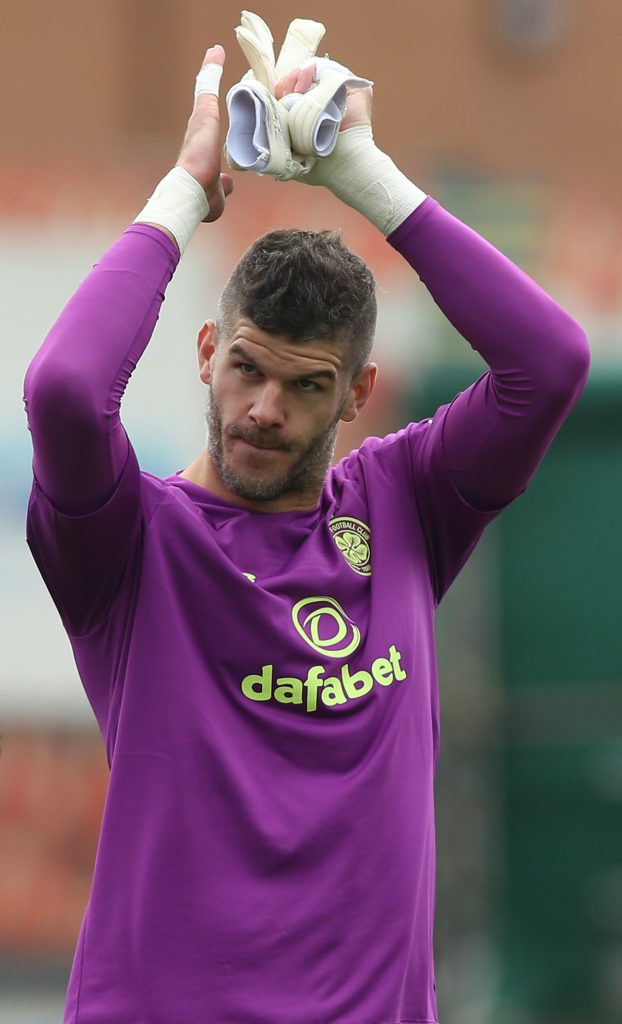 UP IN ARMS…Fraser Forster salutes the fans at the final whistle. 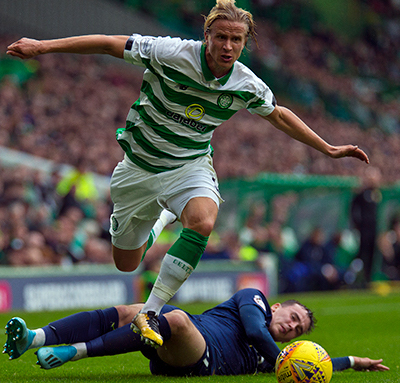 ON THE RUN…on-loan Moritz Bauer leaves a Killie defender in his slipstream. 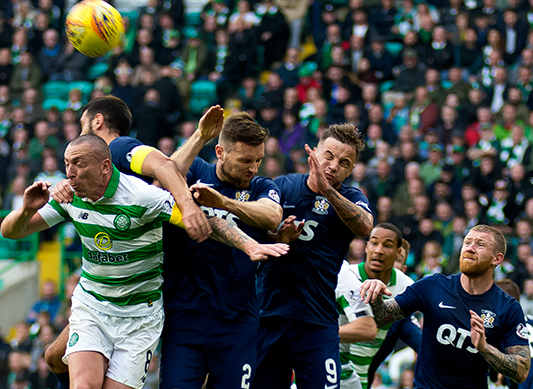 HIGH JINKS…Scott Brown feels the force of the Killie rearguard as he goes for a right-wing cross. 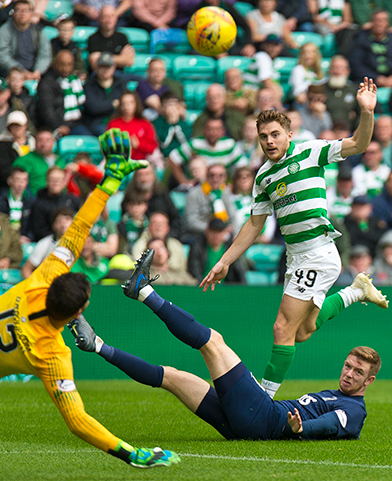 KNOCK ON WOOD…James Forrest is out of luck as Killie defender Stuart Findlay deflects his shot onto the crossbar. 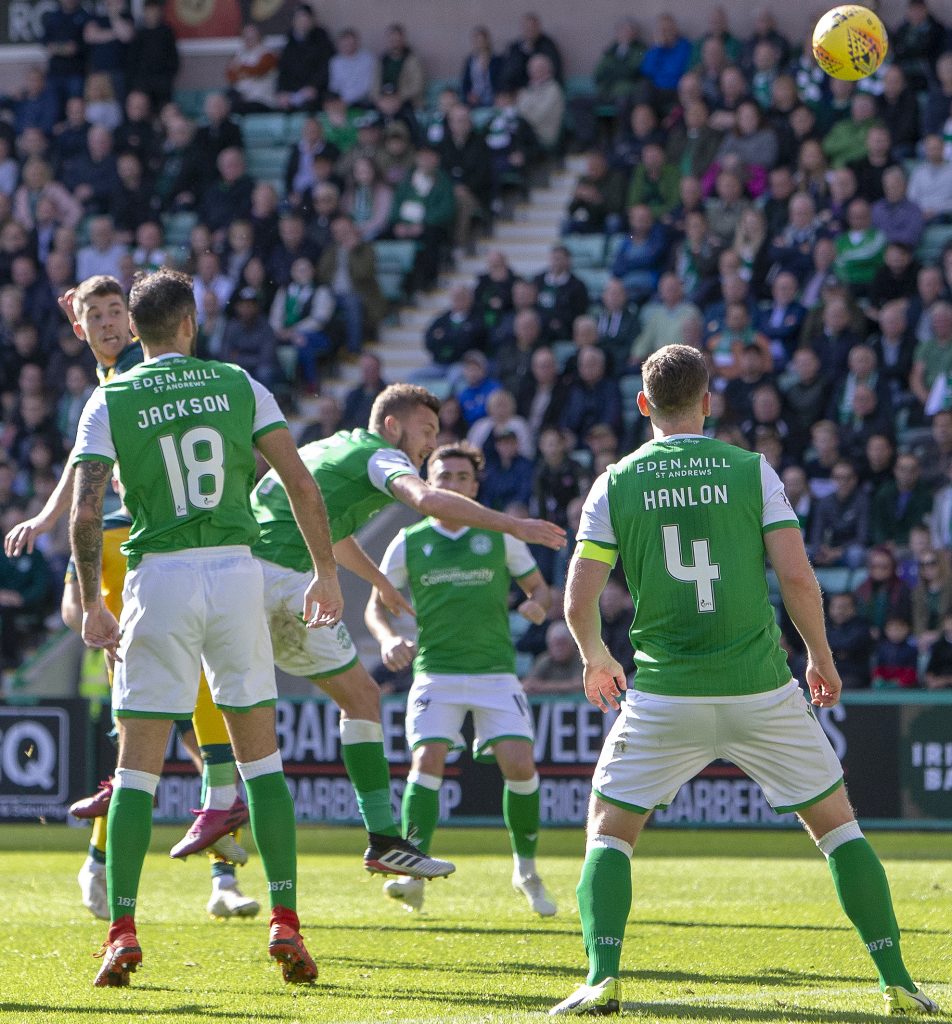 HEADS I WIN…Ryan Christie outjumps the Hibs defence to glance in a brilliant effort at Easter Road. 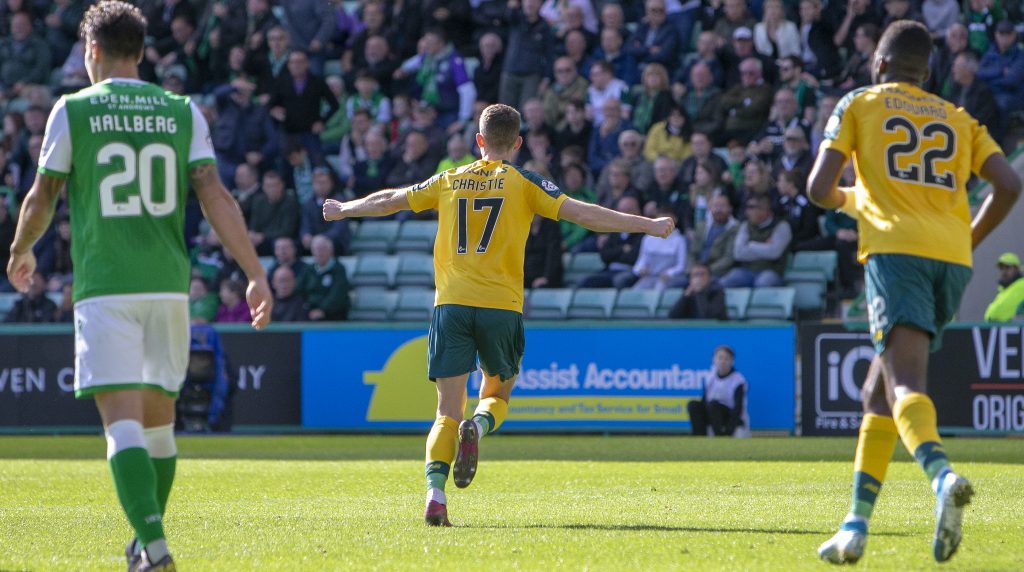 CELEBRATIONS…Ryan Christie races away after his goal with Odsonne Edouard in pursuit to join in.

TOMORROW: The best in words and pics for October.