GREG TAYLOR will be a man on a mission if he gets the nod to face Rennes in the Europa League Group E game at Parkhead this evening.

The Scotland international left-back is set to make only his second start for Celtic following his £2.25million move from Kilmarnock on transfer deadline day.

Neil Lennon will be without the injured double-act of Boli Bolingoli and Jonny Hayes for the visit of the Frenchmen where a victory will virtually ensure the Hoops winning the section.

Taylor, though, will be hoping to obliterate the nightmarish memory of Killie’s embarrassing exit from the competition earlier in the campaign when they crashed 3-2 aggregate to Welsh minnows Connah’s Quay Nomads.

The 22-year-old raiding defender is relishing the prospect and is fully focused on ensuring a win for Lennon’s men against opponents who held the champions to a 1-1 draw in France at the start of the section.

Taylor, speaking to the Evening Times, said: “You can’t dwell on the past. I’d describe the Connah’s Quay matches as two freak games. It took us by surprise. We didn’t give a good account of ourselves, but it’s never easy when it’s so early in the season and there’s a new manager in. as well. 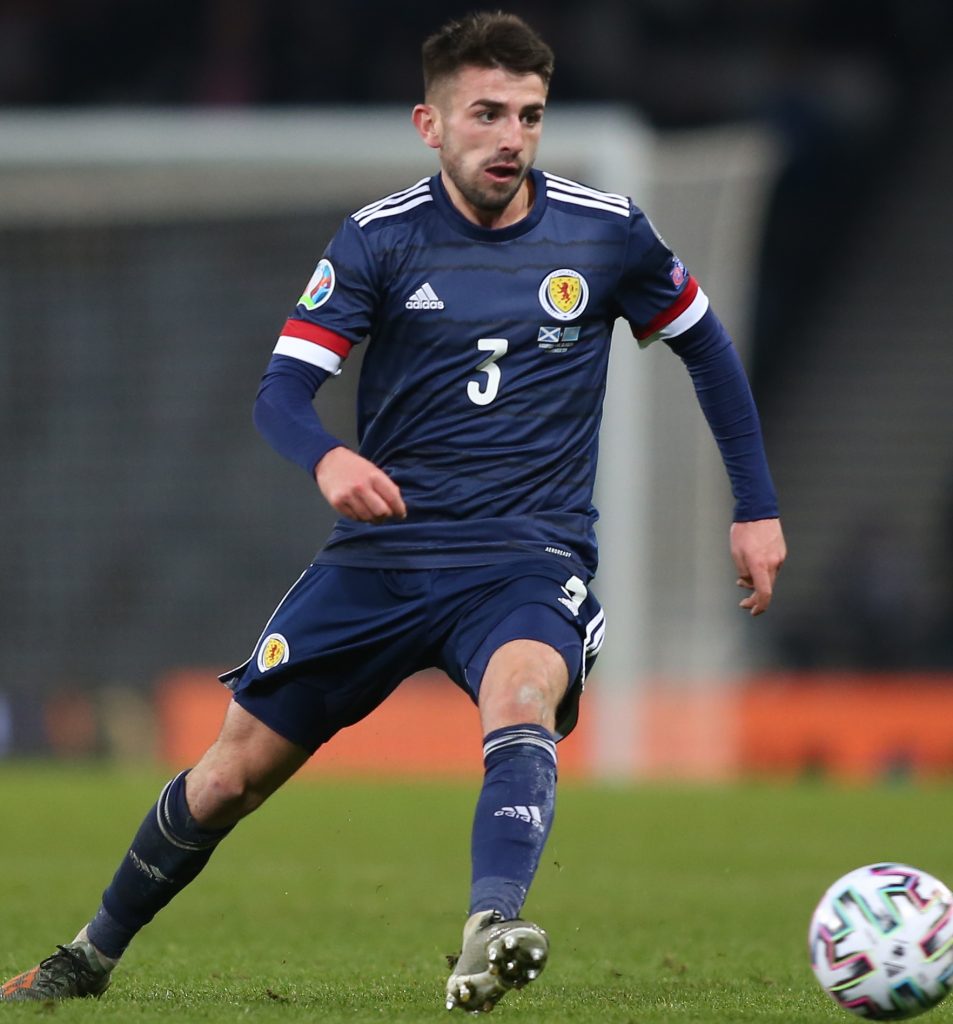 SCOTLAND STAR…Greg Taylor in action for his country in the 3-1 win over Kazakhstan at Hampden.

“There’s no point mincing your words – it was frustrating and hugely disappointing. You work so hard over 38 games the previous season to get there, so to not have a proper crack at it was so disappointing.

“When you are sitting in the dressing room that night the Europa League group stages seemed a million miles away. But here we are, it’s been a strange few months. It’s exciting to go from there to where I am today. It’s been some journey since then.

“I didn’t want that to be my last game in Europe, going out in the first qualifying round. Thankfully, I came here and have another chance at it.”

Taylor continued: “Topping the group would be a totally different kind of experience and that’s what the focus is on. We are in a good winning habit and we want it to continue.

“I remember a lot of big European nights at Parkhead. There have been so many famous nights at Celtic Park. Hopefully, we can go on and get another one by getting the victory and topping the group.

“That’s never been done in the club’s history, so it would be brilliant if we could do that and be part of it.

“It would be a hell of a lot better than my experience in Europe at the start of the season.”