IT was crazy in Kazakhstan as some deplorable defending made it a far from easy passage for Celtic into Thursday Champions League group stages draw.

Brendan Rodgers decided not to risk Jozo Simunovic on the artificial surface against Astana and and was forced to go with the untried partnership of Kristoffer Ajer and Nir Bitton.

With Dedryck Boyata and Erik Sviatchenko already sidelined through injury, it was fortunate the Hoops had a five-goal lead from the first leg to rely on.

Two goals in the space of one minute and 47 seconds at the start of the second-half saw the Parkhead men looking shell-shocked as they lost their composure and cohesion.

At 1-1 at the interval, they looked comfortable until the roof collapsed on them in dramatic fashion in an unbelievable period after the turnaround. 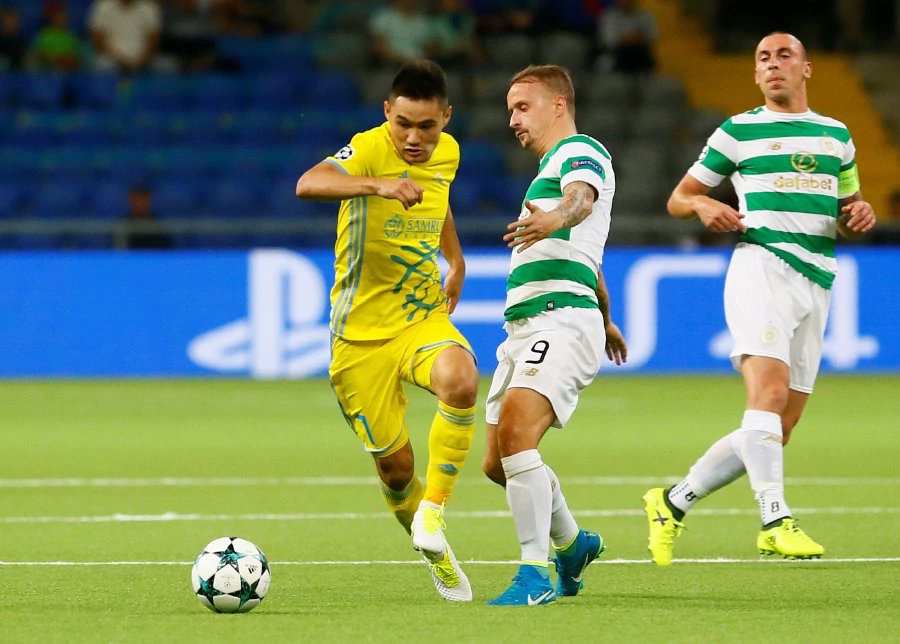 Celtic had gone into the tie without conceding a solitary goal in their previous five games against Linfield, Rosenborg and Astana.

And, as misfortune would have it, Craig Gordon had to pick the ball out of the net for the first time after a wicked deflection off Ajer in the 25th minute.

The Norwegian headed a clearance straight to Shomko who took a touch with Mikael Lustig slow to react.

The Astana player thumped a shot at goal to Gordon’s left, but Ajer threw out a desperate leg to send the ball flying into the opposite corner.

It was unfortunate for the teenager, but it gave their opponents renewed hope at a crucial stage of the encounter.

Rodgers’ men almost replied immediately when Scotty Sinclair streaked away from two defenders, but his finishing shot hit the chest of the outrushing keeper Eric and flew to safety.

However, the winger, who netted two last week in the first game, had better luck in the 34th minute when he struck a spectacular equaliser.

Lustig picked out Callum McGregor with an infield pass and he stroked it on to Sinclair, thundering down the left. He cut in before sending an excellent right-foot effort high past the despairing fingers of Eric into the roof of the net.

James Forrest had a superb opportunity to put the Hoops into a half-time lead when Kieran Tierney fired in a left-wing cross, but the winger’s header was wayward and flashed wide.

Gordon made a top-class save in the 42nd minute when he clawed away a header from a left-wing corner-kick and then did well to hold a rasping 35-yard free-kick from Twumasi.

Celtic had looked comfortable for the opening 45 minutes, but couldn’t have expected to be hit by some whirlwind attacking by Astana after the turnaround.

In the 47th minute, skipper Scott Brown was slack with a pass that was seized upon by an opponent who flighted a ball towards the danger area.

Brown got a head flick to the ball, but it only served to drop it perfectly in front of Muzhikov who thrashed an unstoppable close-range drive behind the helpless Gordon.

Only moments later, the keeper was picking the ball from the back of his net again as the stadium erupted.

Twumasi took full advantage of Bitton’s defensive frailties to drift in behind him as a left-wing cross dropped into the box and he buried a header into the corner of the net.

Celtic, suddenly, were on the ropes and Astana were thrown a lifeline.

Boss Rodgers moved to bring control back to his team in the 56th minute by putting on Tom Rogic and Anthony Ralston for McGregor and Forrest and going to three at the back.

Lustig tucked in beside the toiling Bitton and Ajer and Ralston went to right-back.

Griffiths blew a wonderful chance to pull a goal back in the 67th minute when Olivier Ntcham, Celtic’s Man of the Match, sent Tierney on his way down the left.

The full-back picked out Griffiths smack in front of goal. He took a touch to set up the opportunity and then unbelievably blazed the ball high over the top. 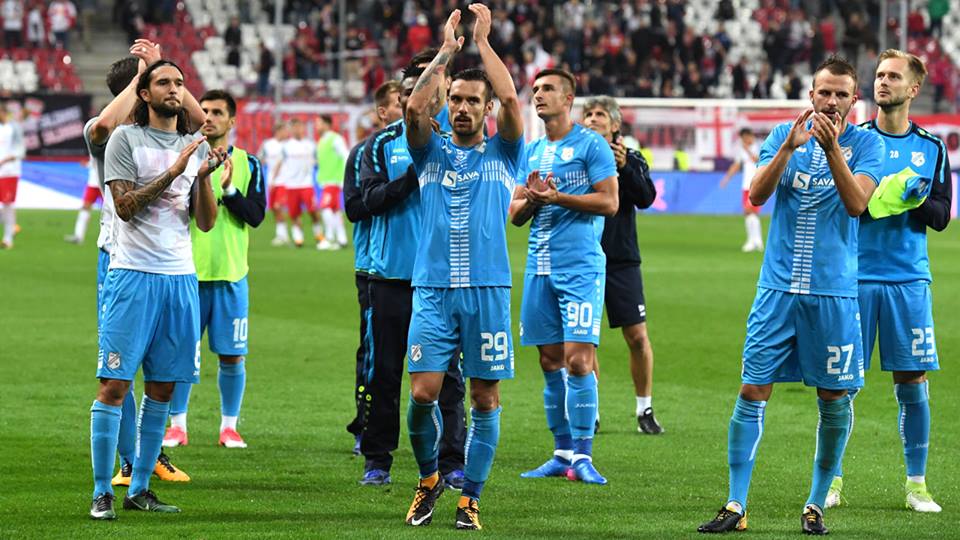 Within a minute, Astana had scored a fourth goal – and once again the Celtic defence was left embarrassingly exposed.

Twumasi virtually sauntered past a feeble challenge from Bitton, Lustig was slow to come out and close down the danger and the speedy Astana player zipped a drive between Gordon and his near post.

The heat was on big-style for the Scottish champions and the Hoops keeper had to make another good save as he tipped away an effort from the unstoppable Twumasi.

Astana piled forward in search of another goal, but they were undone in the 80th minute when subs Rogic and Armstrong combined to set up Ntcham.

The French ace swept in a right-foot effort that took a nick off a defender on its way past Eric.

Ten minutes later, Griffiths put an almost respectable look on the scoreline when he latched onto a through pass from Bitton, moved the ball to his right foot and flashed a low angled drive beyond the despairing Astana goalie.

In the end, job done, but Celtic made it extremely tough for themselves.

However, the main thing is they have just picked up a £30million bonanza and are in the ballot on Thursday.