Celtic Quick News on News Now
You are at:Home»Latest News»‘HENDRY WILL MAKE STEP UP,’ WOODS
By CQN Magazine on 21st March 2018 Latest News

The 22-year-old defender, signed from Dundee in January, was called up by Scotland boss Alex McLeish for the friendlies against Costa Rica at Hampden on Friday night and Hungary in Budapest four days later.

Hendry has made five appearances for Brendan Rodgers’ side and Woods, who has joined the international backroom staff, has no doubt he can handle the step up from club to country.

The ex-Motherwell keeper said: “Alex McLeish asked me about him last week because he came to attention after the Rangers game. 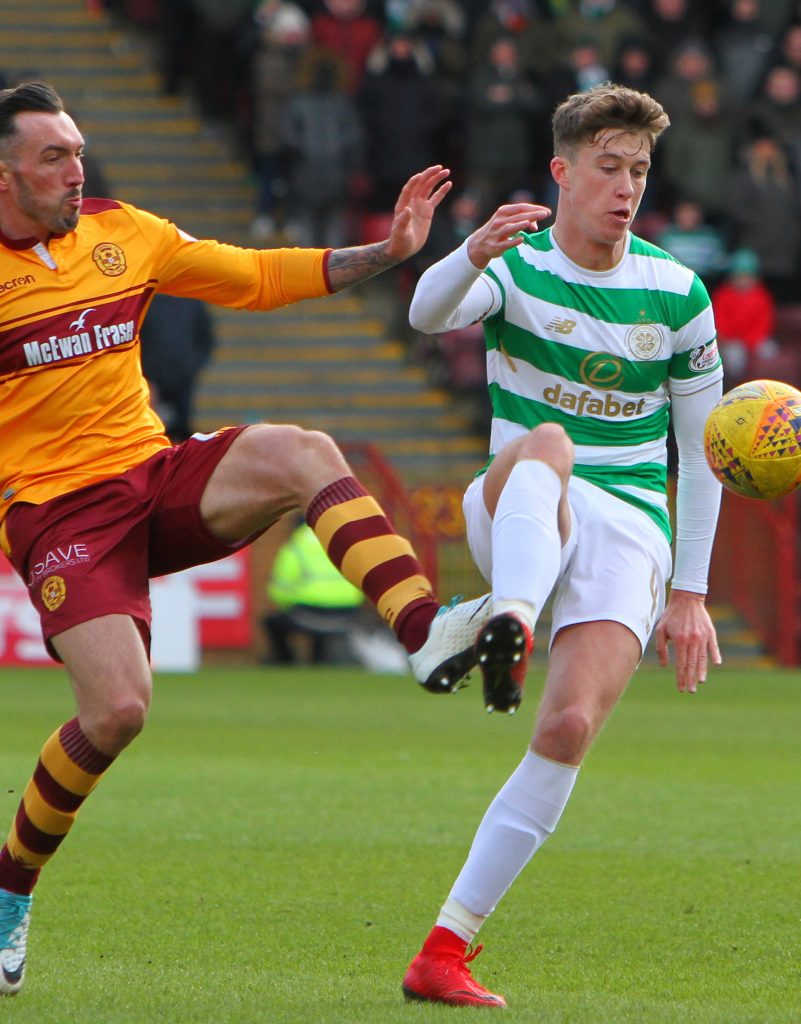 ON THE UP…Jack Hendry wins the ball from Motherell’s Ryan Bowman.

“He was asking me what his best position was, how he felt about playing out of position, if he was as calm on the ball as he looked.

“I gave him a positive feedback, but I think he was well aware of his qualities before. I was just backing that up.

“It has been brilliant for him and I think he has got the capabilities – mentally and physically – to take that on and handle it no problem.”