Celtic Quick News on News Now
You are at:Home»Latest News»HENRIK HAILS THE SPIRIT OF CELTIC
By CQN Magazine on 23rd April 2021 Latest News

HENRIK LARSSON sent a video message to Celtic fans to emphasise the spirit of the club.

The Hoops hero is now on Ronald Koeman’s backroom staff at Barcelona and will be with the squad when they travel to Valencia a week on Sunday, the same day John Kennedy’s men will be at Ibrox.

The St Patrick’s Club in Valencia invited Larsson to drop in to see them when he was in the city, but the super Swede who scored 242 goals in his seven years at the club following his bargain £650,000 move from Feyenoord in 1997 had to politely decline the invitation. 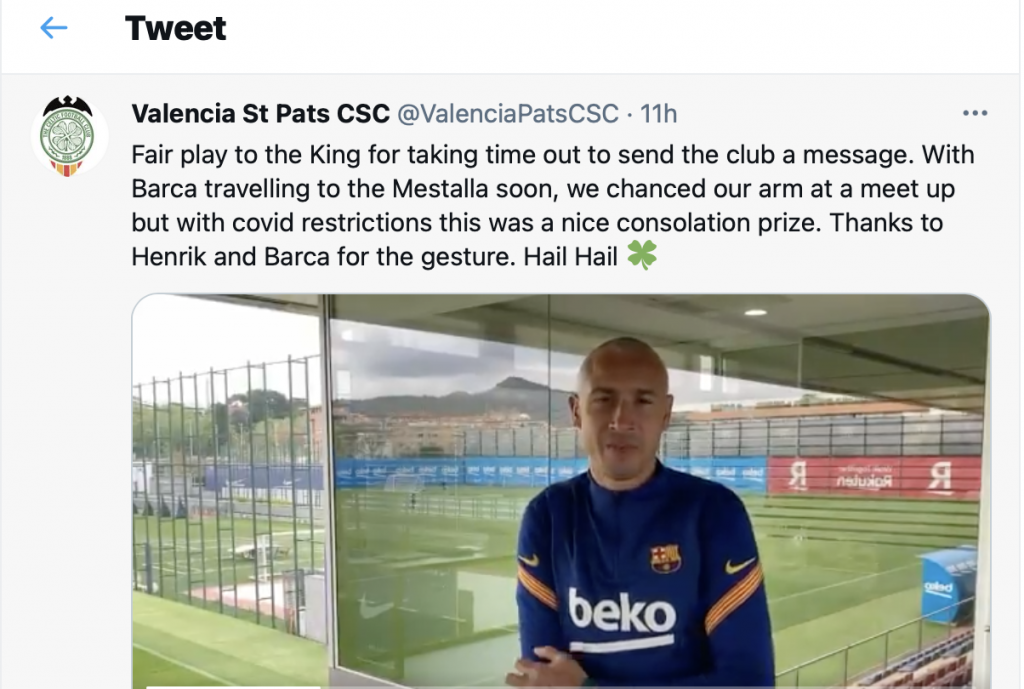 However, the fans’ favourite took the time to send a personal message note on Twitter to explain he would have to say no to the offer due to Covid restrictions.

But Larsson also added a thought that the Hoops followers had to “keep going in that spirit” during a disappointing campaign for the Parkhead club.