Celtic Quick News on News Now
You are at:Home»Latest News»HENRIK WON’T MIND IF WE BORROW HIS SONG FOR CELTIC’S NEXT NUMBER 7, PADDY ROBERTS
By CQN Magazine on 20th May 2017 Latest News

HENRIK LARSSON will be back home in Paradise next Sunday and as usual there will be 60,000 there to see him play. Nothing new in that.

However by the time that Charity Match kicks off, Henrik may have learnt that the Celtic support have borrowed his song, ‘You are My Larsson…” and have changed the words around in tribute to an exciting young player who will himself decide over the week or so if he wants to wear Henrik’s Number 7 jersey next season. 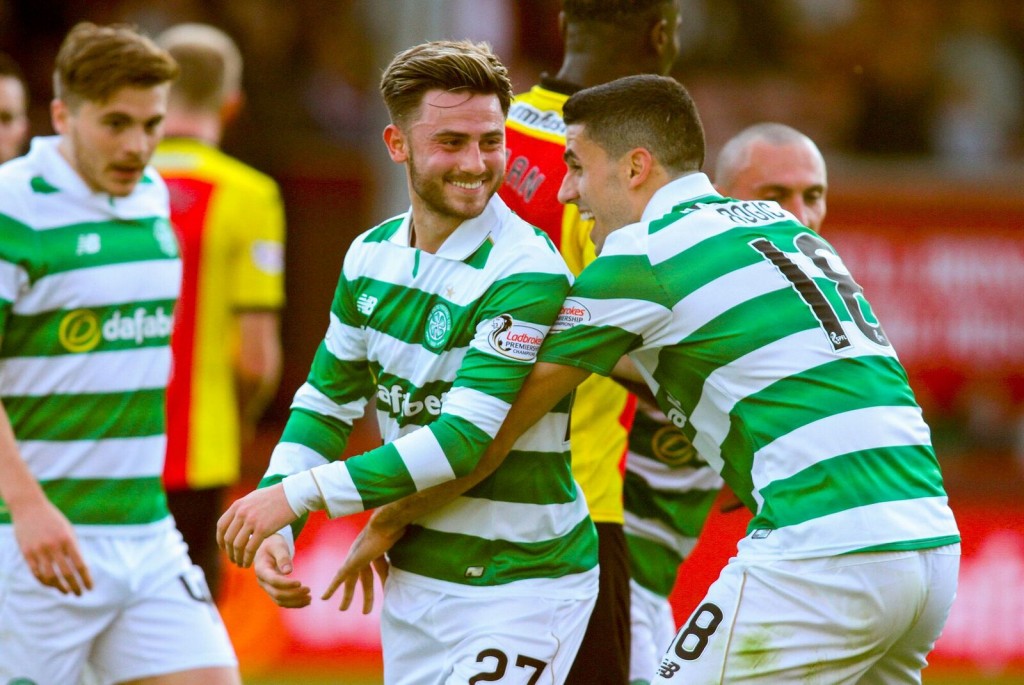 CQN didn’t report on the story a week or so ago that Celtic had approached Manchester City offering a fee of £500,000 to extent the loan period for Paddy Roberts – they call him Patrick in Manchester – for another season.

Instead we have been saying that Brendan Rodgers wants to bring in 2, possibly 3 high quality signings and top of his shopping list is Roberts who was Man of the Match on Thursday against Patrick Thistle, scoring twice and winning a penalty for the opener in Celtic’s emphatic 5-0 win.

Last night at the Celtic Supporters Association rally we heard from a source very close to the action that the information exclusively revealed by Phil @Pmacgiollabhain is correct and congratulations to Phil on his exclusive. Indeed we can go further and reveal that we understand that a deal has been reached between the clubs and that Paddy Roberts is now free to decide if he sees his future in Glasgow.

That’s where Henrik’s song comes in.

You are my Roberts, my Paddy Roberts

You make me happy when skies are grey

You’ll always know how much we love you

Please don’t take our Paddy away.

Now who is up for singing that to this season’s Number 27  to help make sure that he is next season’s Celtic Number 7 tomorrow and again next Saturday? Help him make up his mind…

Please share this to see if we can get it sorted.

*There’s still time to buy some raffle tickets for our Lisbon Celtic shirt, the last one that Tommy Gemmell signed. Most of the Lions have signed it too as has Paul McStay and we are going to give it away next week. The raffle will be drawn at the CQN In the Heat of Lisbon party at the Greenock Celtic Supporters Club (tickets from www.cqnbookstore.com). Tickets are £2 each, you can buy as many as you want, and all the proceeds are being used to say THANK YOU to the Celtic players from 1966-67 who participated in the European Cup.

There will be plenty of Lisbon Lions in Greenock and some bright spark has booked a coal lorry to sit outside. Any ideas why?

We also have our Jock Stein t-shirt and In the Heat of Lisbon book, which you can order together for just £19.67 at cqnbookstore