Celtic Quick News on News Now
You are at:Home»Match Report»HENRIK’S HAT-TRICK LIGHTS UP PARADISE
By CQN Magazine on 28th May 2017 Match Report

HENRIK LARSSON scored a first half hat-trick today for his Heroes side defeated Lubo Moravcik’s side 5-2 in the Celtic Foundation Charity match this afternoon.

In the first 45 minutes, the only bright spot for Lubo’s Legends was a lovely goal from departing Celtic hero Kris Commons who rounded Rab Douglas and sent big Bobo Balde the wrong way on the goal-line.

We all remember Lubo for the 5-1 win over Rangers (IL) shortly after Celtic signed the player the SMSM called a “Dud Czech”, it turned out was wasn’t a Czech and he certainly was no dud. 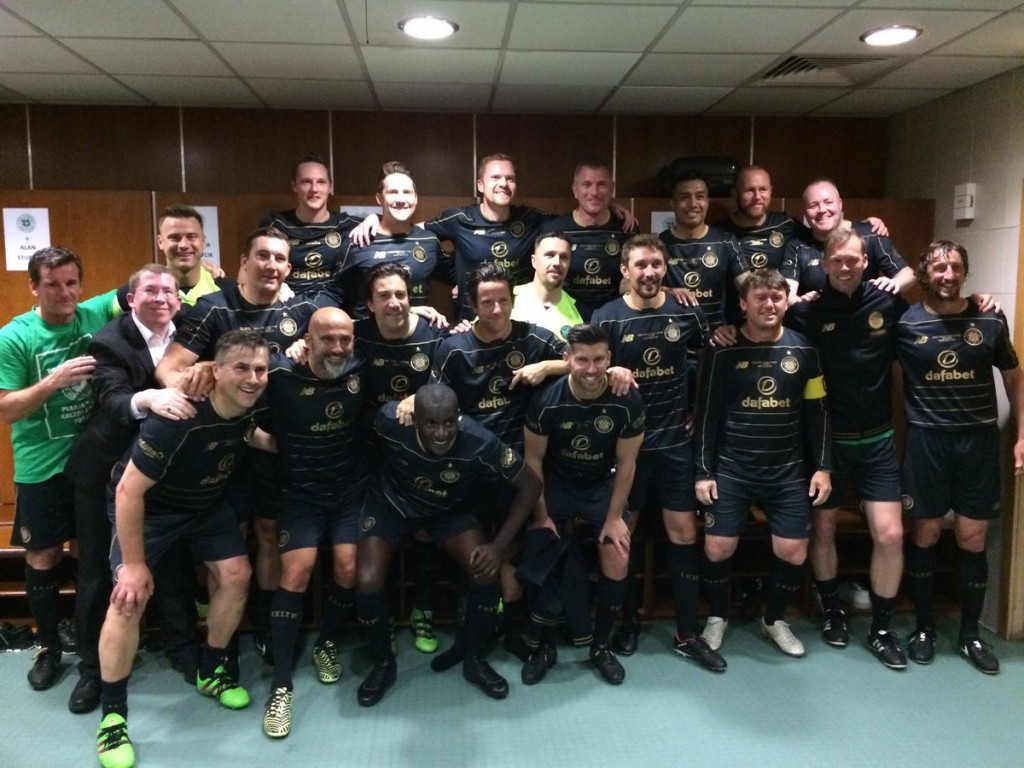 However his side today was 5-1 down when the half time whistle went.

Bobo wasn’t regarding the match as a friendly and Tosh McGinley and Commons both were on the receiving end of strong Bobo’s Gonna Get You challenges in the opening minutes.

It took ten minutes for the opening goal to come and the scorer was Stan Petrov with a Larsson-like chip that gave Artur Boruc no chance whatsoever.

Five minutes later it could have been two but the referee, obviously a little confused, turned down a penalty when Mahe fouled Petrov.

It was turning into a Larsson v Boruc showdown and on the pair’s next one on one, the Bournemouth Player of the Year got the benefit of the superstar, reading his chip to make the save.

Next Larsson moved into space and Alan Thompson rolled back the years to find him with an esquisite through ball, but the Swede shot wide.

But a goal for Henrik was coming and it arrived on 20 minutes. Celtic skipper Scott Brown found Larsson with a great pass and Boruc was sent one way and the ball the other to double the lead. 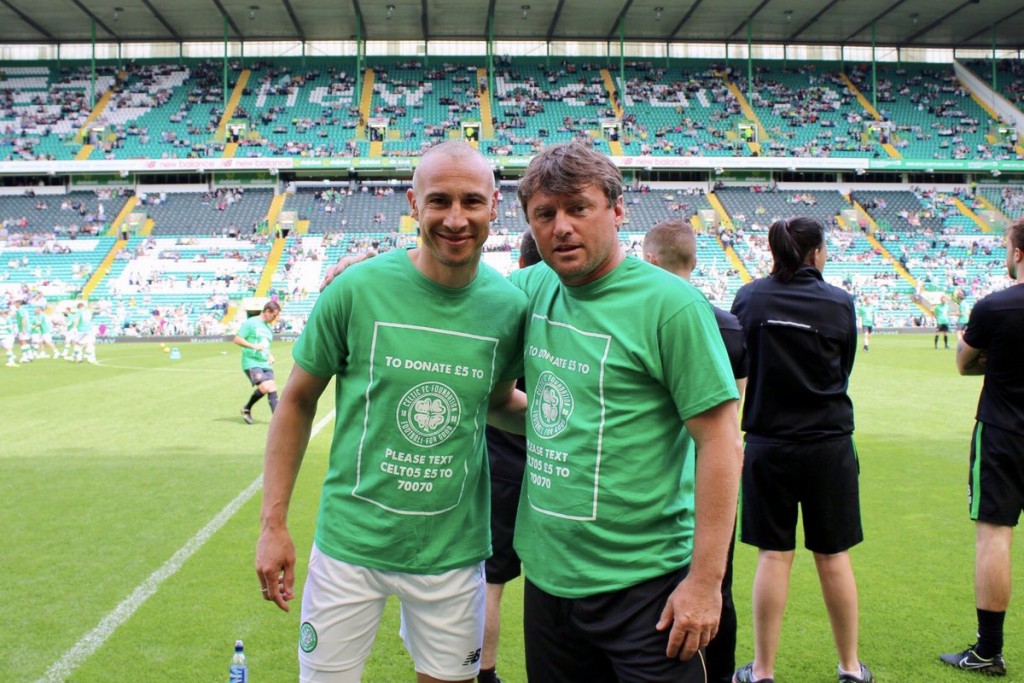 Commons got one back on 26 minutes before Scott Brown and then Kris Commons were both substituted, to great applause.

Commons was delighted with the afternoon so far, expressing his appreciation for his involvement at Celtic as his time at the club  ends.

“Celtic means so much to me, to be apart of it these past six years. It has been the highlight of my career and I am very grateful to Celtic and to the supporters who have always been magnificent to me,” he said.

Henrik was now on the prowl for his hat-trick and an overhead kick went just wide. But it was merely a matter of time.

Next Simon Donnelly missed a sitter for the Heroes after a Larsson set-up before Henrik was unlucky to see his next effort come off the post. He then chipped Boruc but unlike the 6-2 game the ball failed to come down in time.

However just as the referee was looking at his watch Brattbakk squared from the bye-line and Henrik rolled the ball into the empty net for two yards.

On such a warm day, the second half was much more subdued as the old legs started to slow down an the only effort that ended in the back of the net came from Lubo, who scored from a Rogic-like impossible angle.

Neil Lennon spoke from the touchline about events at hamden yesterday and was full of praise for Celtic boss Brendan Rodgers.

“He has done brilliantly. It is a magnificent achievement for Brendan in his first year to win the Treble and go undefeated,” the former Celtic boss said.

On 67th minutes, the Celtic supporters stood to applaud the Lisbon Lions with their song for the club’s greatest ever heroes and legends.

“In the Heat of Lisbon

The Fans came in their thousands

To See the Boys become

That brought a smile from Celtic legend and Lisbon Lion Billy McNeill who made a great personal effort to be at Parkhead this afternoon.

With the score at 5-2 and time running out, it looked like the Heroes side would require snookers to get back into the game, so what better man to bring on than former World Champion John Higgins?

And it has to be said he made a significant contribution with two or three telling passes. Tommy Johnson will feel he should have scored from one through ball from Higgins.

Kris Commons hit the post near the end and just like the recent 5-1 hammering at Ibrox, the referee decided against adding any time on.