Celtic Quick News on News Now
You are at:Home»Football Matters»‘HENRIK’S STILL GOOD ENOUGH TO BE PLAYING,’ INSISTS BROONY
By CQN Magazine on 30th May 2017 Football Matters
SCOTT BROWN believes Henrik Larsson could STILL be playing today – at the age of 45!
The Celtic skipper watched the legendary striker fire in a hat-trick in Sunday’s Foundation charity match as Henrik’s Heroes beat Lubo’s Legends 5-2 in front of 60,000 fans at Parkhead.
Brown got some game time just 24 hours after leading the champions to a dramatic 2-1 Scottish Cup triumph over Aberdeen to seal a historic treble.
He said: “It was great to see the legends back for the game and Henrik looks like he could probably still be playing. 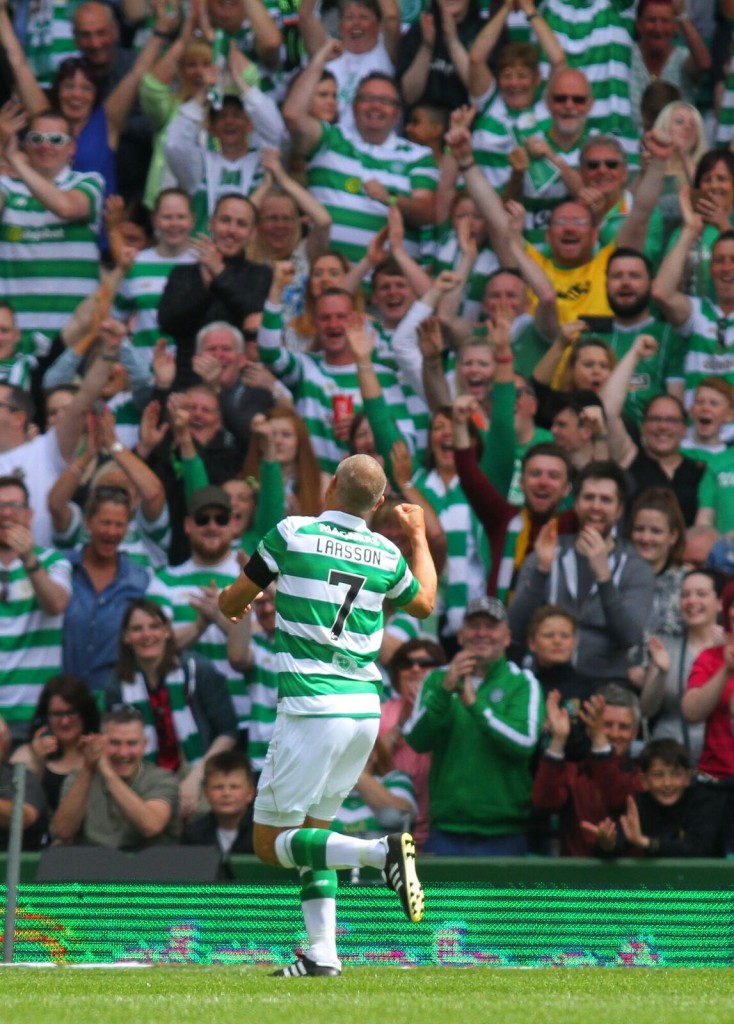 “It was also good to see Artur Boruc coming back up the road and it just shows you what this club means to people. It is a joy to see and brilliant to see all the supporters.”Looking back at the club’s phenomenal success during an unbeaten campaign, the 31-year-old midfielder said: “It is an unbelievable feeling.
“This is the best bunch of lads. We had a great camaraderie, we are so tight on and off the pitch, 24/7.”The gaffer has been on at every one of us, there has been the sports science, too, this season and the assistant managers have made sure we have been ready and that we have given our best.”But we have treated every game the same no matter who it was against. We have had the same mentality going into every one of them.”